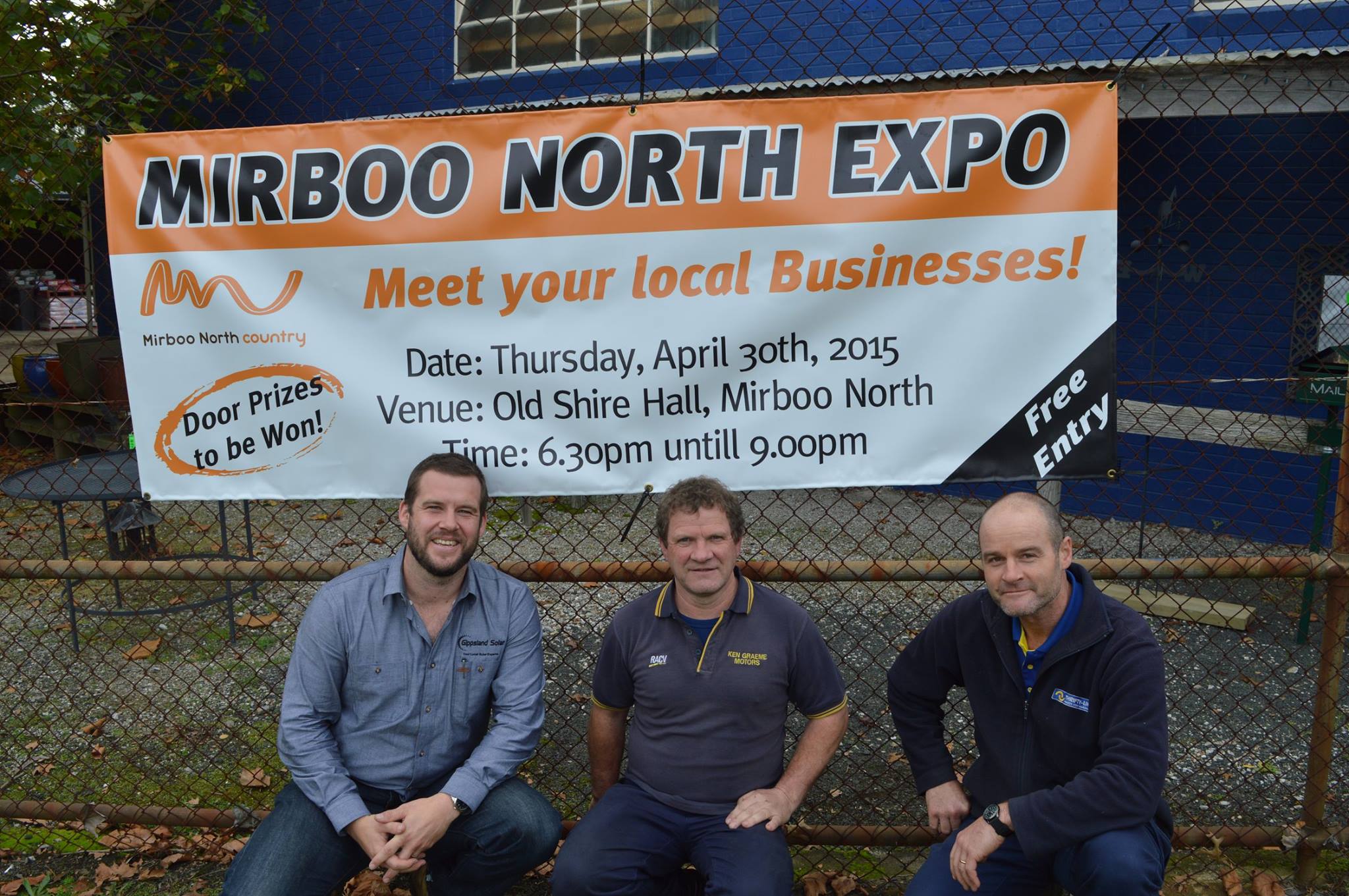 SHOPPING locally was the take-home message at a Mirboo North Expo last week, when 500 residents gathered at the Old Shire Hall to find out about local traders.

More than 50 businesses and 20 community organisations set up displays to showcase their work – with the primary focus on keeping locals local.

“It had a really good feeling of everyone wanting to spend their money locally and generating opportunities in our local area.”

A similar event was held twice about a decade ago, but Mr McCarthy said the balance between businesses and community wasn’t quite right.

The organisers decided to rekindle the expo once again, hoping to show new people in the area “who is in their own backyard”.

“It just felt wonderful to see the event come together and the overwhelming sense of community spirit,” Mr McCarthy said.

“It’s not always easy running a business in a small town, but the feeling of community we got from it.

“Everyone was so supportive and the businesses really deserve a pat on the back for their effort in putting their displays together.”

With free entry to the public, a raffle drawn every 30 minutes and three weeks of publicity promoting each of the stallholders, crowds were spilling out of the hall.

The expo could be held every two years and Mr McCarthy encouraged other towns to jump on board the initiative.

“Some of the people I met on the night, who did interesting stuff outside of their shed, will increase their business.

“They’ll then employ younger people and everyone wins.”