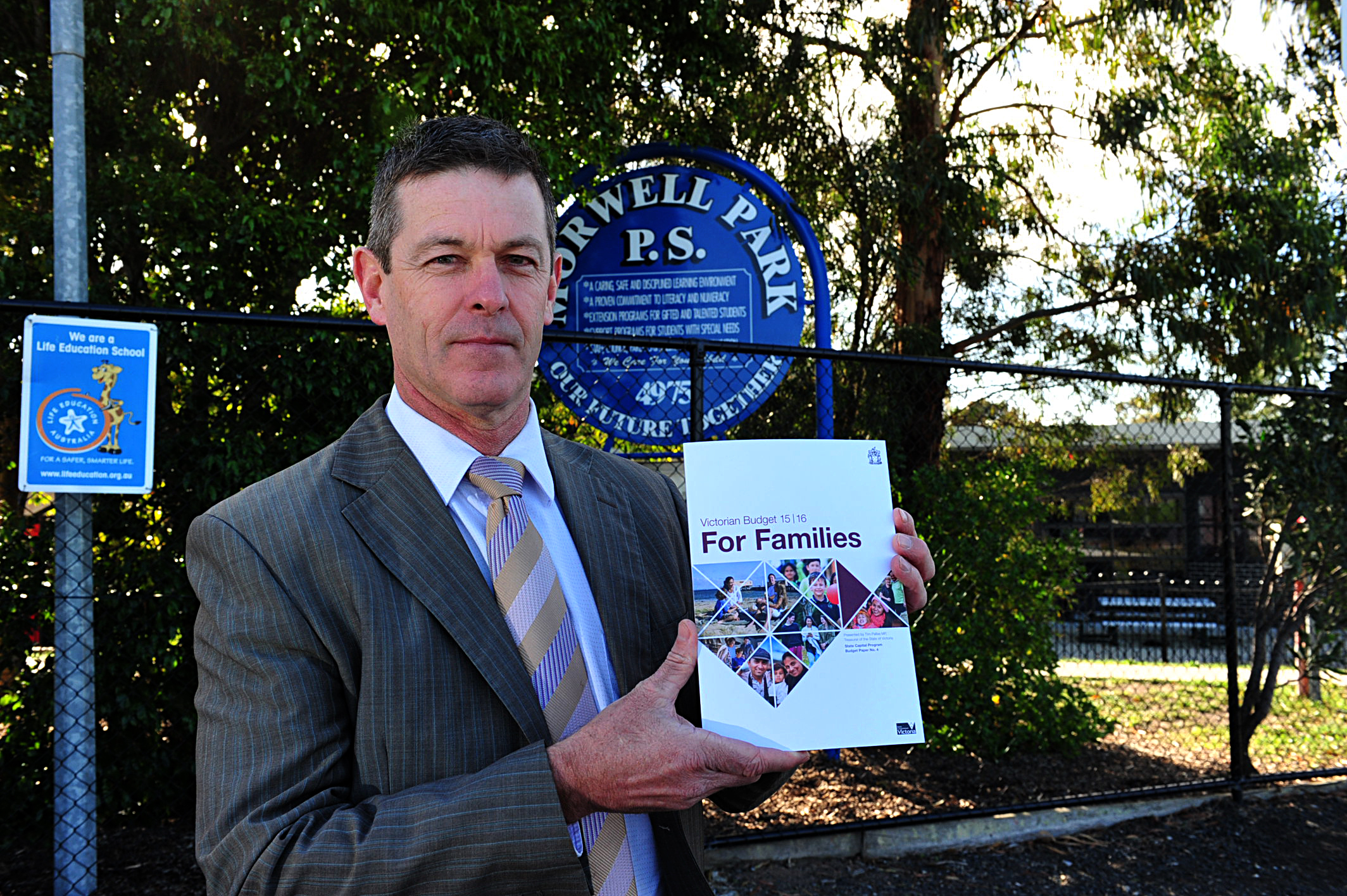 Nationals Member for Morwell Russell Northe fears enrolments at Morwell Park Primary School will suffer if it is left off the State Government’s priority list for an upgrade.

This week’s state budget allocated $10.45 million for the Morwell Schools Regeneration Project, which will see construction of a new school at the old Kurnai College site on McDonald Street to house Commercial Road, Tobruk Street and Crinigan Road primary schools.

However, an upgrade of Morwell Park Primary School on its existing site, as part of the project, appeared to be left out of the budget papers.

“What we don’t want to see is a new school built in Morwell and not having the redevelopment of Morwell Park Primary School occur at the same time,” Mr Northe said.

“Once a new school is built in Morwell a number of students enrolled at Morwell Park Primary School will want to enrol in the new school and therefore leave Morwell Park at a disadvantage.”

In response to questions over whether Morwell Park would be upgraded, a spokesperson for Education Minister James Merlino said the government would work with the school to “ensure that needs of the school are considered as we progress with the Morwell Schools Regeneration Project”.

The $10.45 million has been allocated to the merger, or ‘stage one’ of the project.

But this amount falls short of Labor’s $12 million election commitment to the project.

The spokesperson moved to assure the community the remainder of the commitment would be allocated in future budgets.

It’s not yet clear what ‘stage two’ of the project would involve, or whether Morwell Park would be included.

Labor’s $12 million pledge did not include a breakdown of how the money would be divided, but at the time, candidate Jadon Mintern said it would encompass Morwell Park.