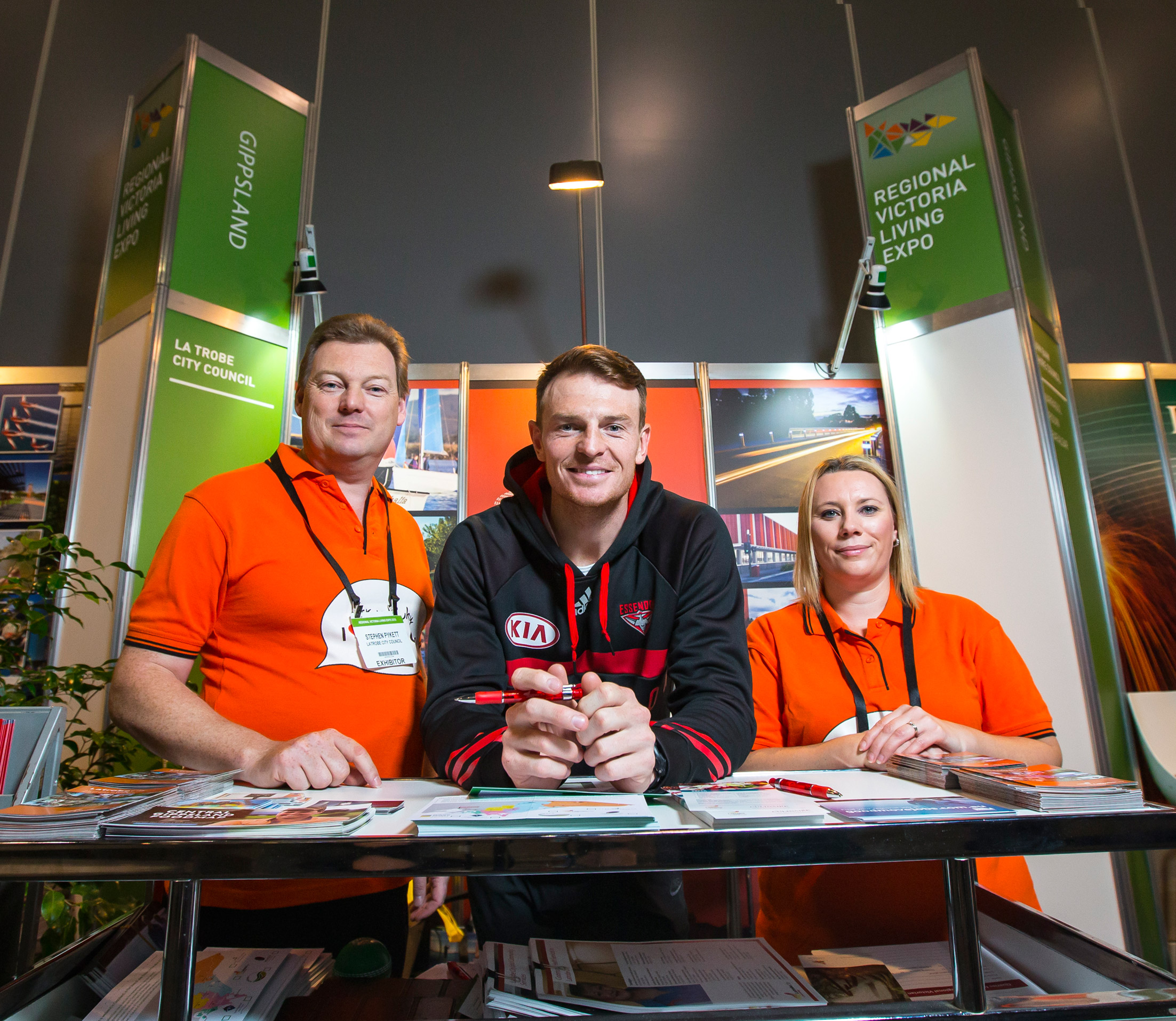 ECONOMIC development officers from Latrobe City Council, the mayor and even Traralgon’s own AFL star Brendon Goddard spent the weekend spruiking all the Valley has to offer, in a bid to entice city folk to move to the region.

City slickers looking for a tree-change converged on the three-day Regional Victoria Living Expo at the Melbourne Exhibition Centre to get a glimpse into their potential new country life.

“I just think it was a great opportunity to showcase Latrobe City,” mayor Dale Harriman said.

“It’s not just empty nesters, but young people with families looking for a better lifestyle and want to move to regional Victoria and see Latrobe as an option.”

Cr Harriman said he was surprised that many people who approached the Latrobe City stall knew the region not only for its coal resources, but other major employers like Lion Foods and GippsAero.

He said many small to medium business-owners were relocating their operations to the country for cheaper rent and rates.

“Because of our closeness to Melbourne, we’re seen as an ideal location,” Cr Harriman said.

“They’re seeing us as being an area where their skills could be utilised or our skills can be used in their business.”

Latrobe City will now contact those who expressed interest in the Valley at the expo and invite them for a tour of the area.