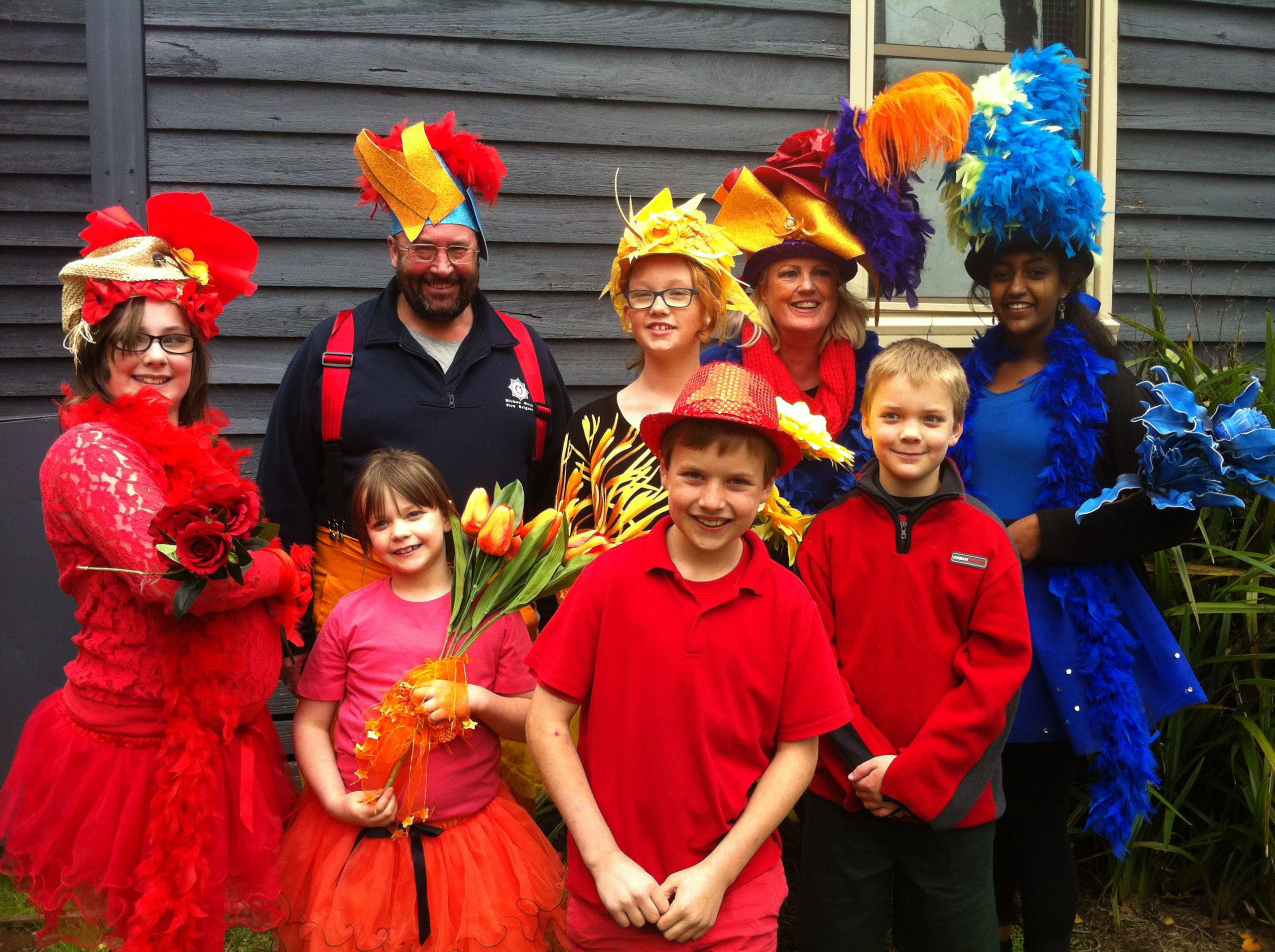 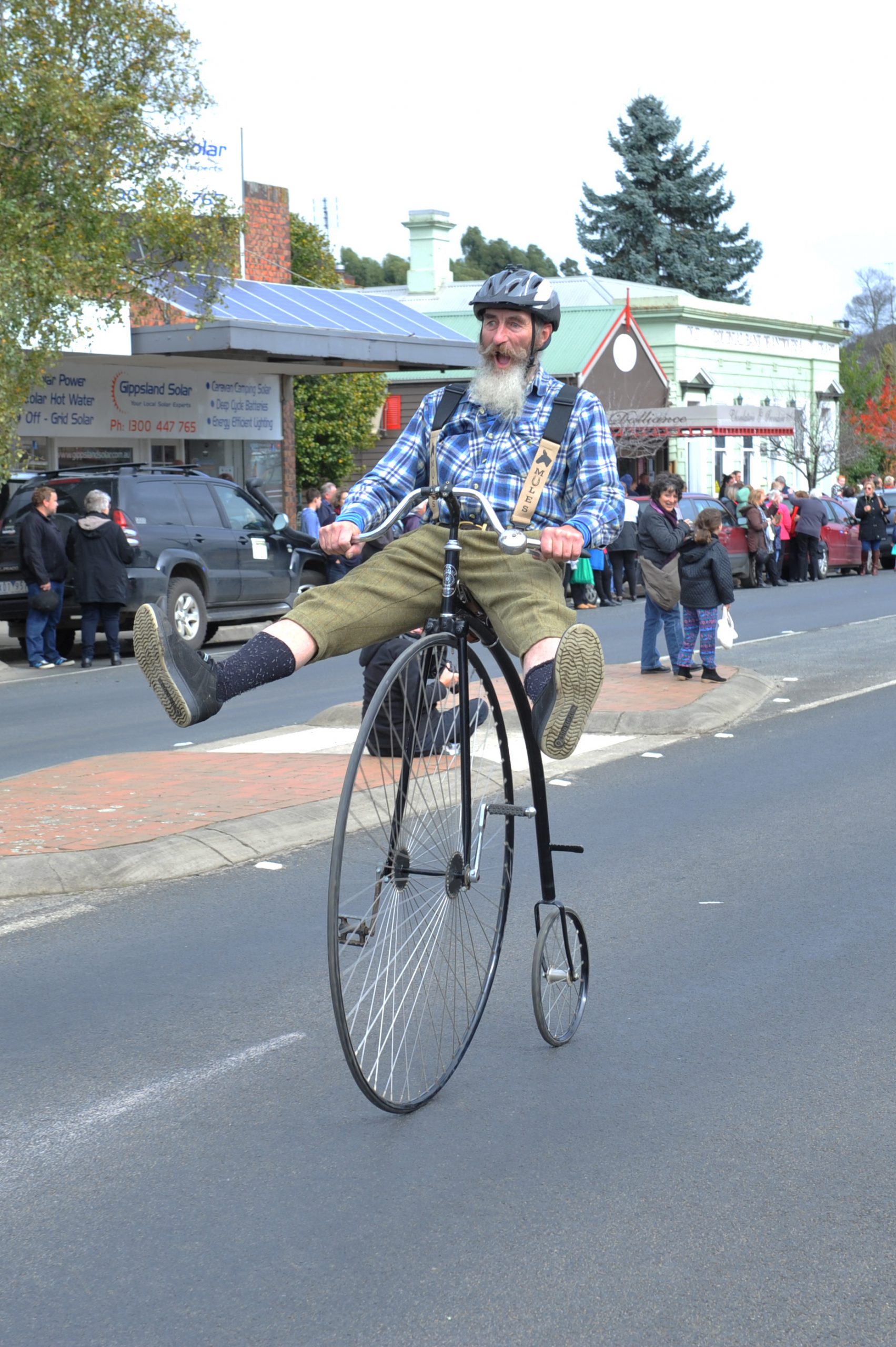 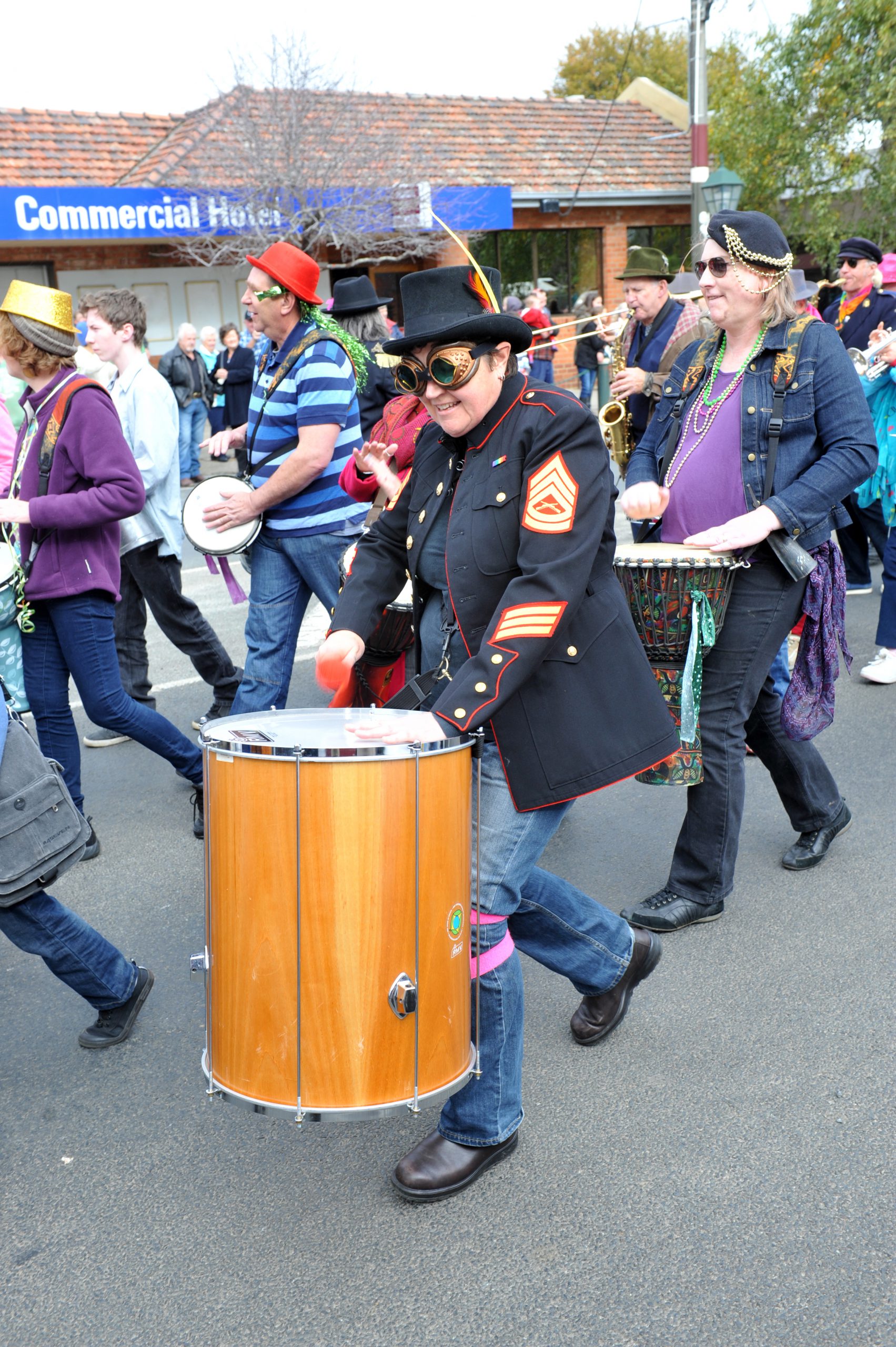 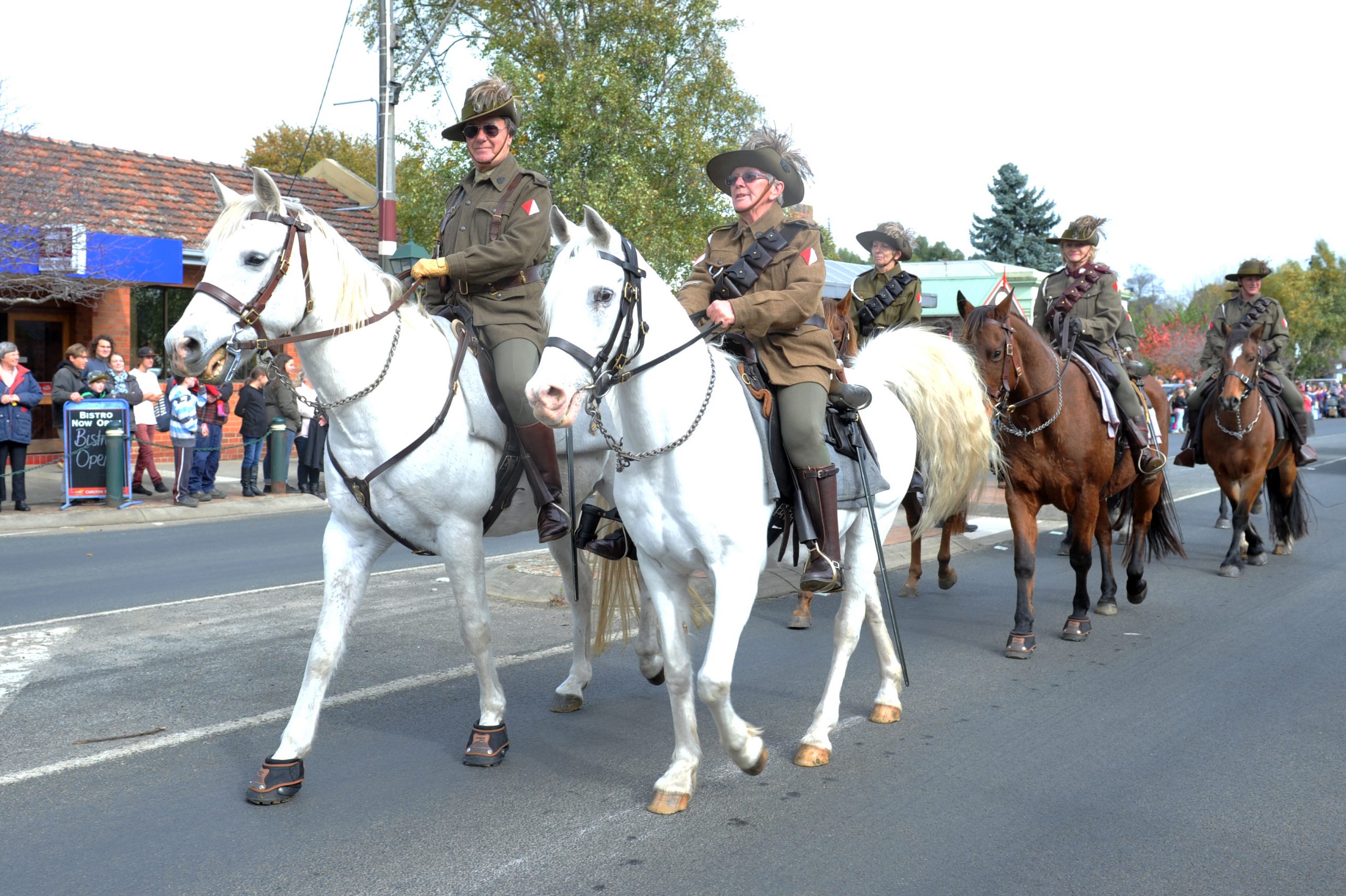 Art was the word in Mirboo North at the weekend when the community came together to celebrate the annual Arty Gras Festival and Art Show.

About 2500 people walked through the town on Saturday to partake in street art workshops, marimba magic madness and even the main parade band.

“It went great – the rain stayed away, the bands finished on time and everyone had a great time,” Mr Evans said.

“It was great to see it all happen and it was fantastic it all fell into place without too many hitches.”

Musicians and poets perused the stage in the middle of the ‘bric a brac’ market, where the South Gippsland Youth Theatre educated the community about bushfire safety.

A group of six children, aged from six to 16 years, were led by Leonie Somerville-Smith to rap, dance and sing their way through several performances.

Twelve year-old Meaghan, who had been rehearsing with her three siblings and two others for weeks, said she felt nervous and excited, about the performance.

“I was a bit nervous, but it was pretty fun to go up and make a fool of ourselves,” Meaghan said.

Their performance was part of the Country Fire Authority new community engagement approaches project, aimed at encouraging bushfire preparedness in the community.

“There was a message in it – stop drop and roll, packing a backpack and the fire danger rating fashion parade,” Mirboo North CFA community safety coordinator Mark Kennedy said.

“It was a heap of fun, it was so entertaining and the kids had a ball putting it together week after week.”

Further along in the Old Shire Hall, an exhibition with close to 600 pieces of artwork, attracted thousands through its doors.

The committee is now planning for next year’s event to be held on Mother’s Day weekend, in conjunction with the Art Show once again.