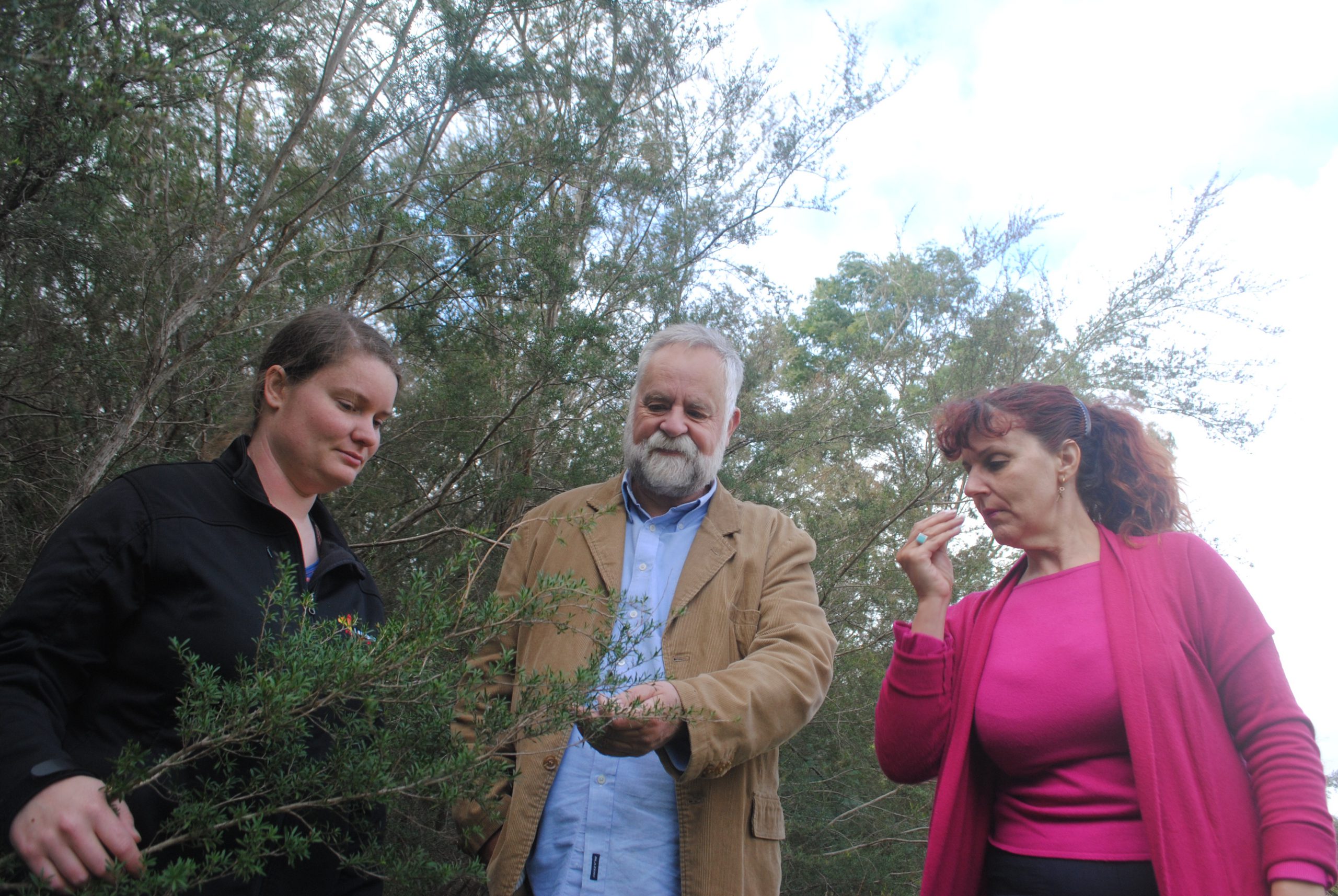 News of a ‘Burgan infestation’ had the public gallery scratching their heads at last week’s Latrobe City council meeting.

Yet for such a little known plant, this weed-like bush is causing a great deal of havoc along Latrobe Valley’s roadsides and reserves, and has land managers at wits end.

The tea tree-like native has been a thorn in the side of council and environmental groups for seven years; its removal hamstrung by restrictive ‘green tape ‘ in State Government regulations.

With a seed which spreads like wildfire when disturbed, Burgan establishes quickly to grow a thick canopy, blocking out sun to smaller native species such as on orchids, grasses and ground covers.

While native to the area, Latrobe City coordinator of environment and sustainability Jane Lloyd said Burgan only became a problem in areas disturbed by human development.

“Because these are disturbed environments, it’s allowed to act like a weed and thrive, and has taken over many of these areas in the last 50 years,” Ms Lloyd said.

Ms Lloyd said the shrub had taken root in disturbed bushland across the entire shire with an infestation along Newborough’s Coach Road a notable example.

It’s spread along sections of the Princes Freeway and is understood to have fuelled the rapid sweep of the Hernes Oak fire towards the Hazelwood mine in February last year.

As a native species, the removal of Burgan requires State Government authorisation – permits for which can often take up to two years to be approved.

“Volunteers have completely lost faith in the process, it’s just taken that long to do anything about it,” Cr Gibson said.

Fed up by the extensive delays, councillors last week commissioned a report into the quickest and most cost-effective way to acquire necessary removal authority.

“What should be a very small issue is creating a great deal of frustration with a lot of people,” Cr Middlemiss said.