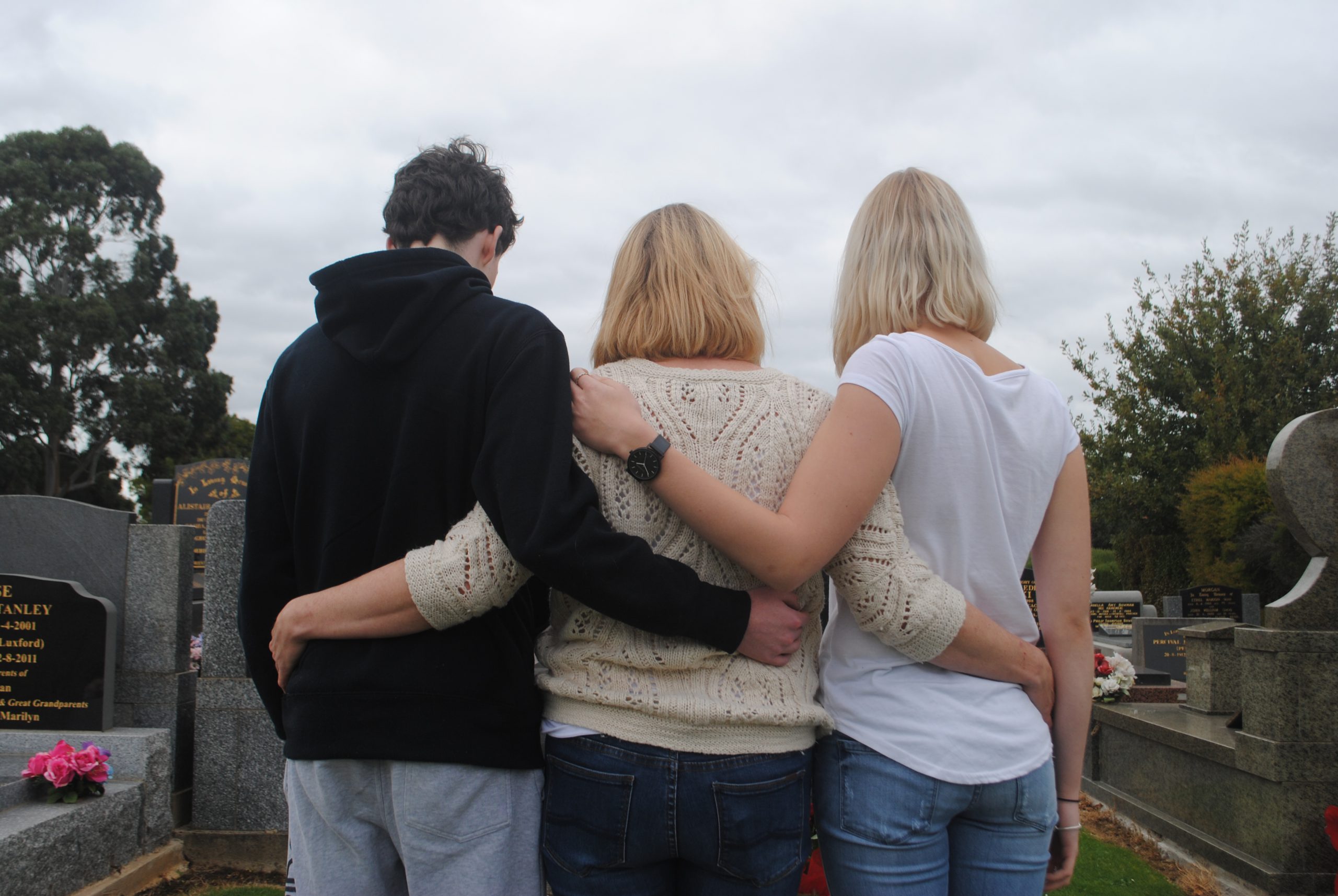 The State Government has launched an investigation into the removal and cremation of a body from the Traralgon Memorial Cemetery, authorised without the knowledge of the deceased’s parents and children.

An independent investigator has been hired by the Department of Health and Human Services to probe the circumstances which led to the exhumation of the 44 year-old man’s remains, at the direction of his most recent spouse of about 18 months.

The exhumation, which occurred six months after his burial at Traralgon in May 2014, was discovered by the man’s parents a day after his removal, in a visit of mourning to the freshly vacated gravesite.

(Justine is an assumed name to protect the privacy of the deceased’s family.)

Diagnosed with terminal stomach cancer in early 2014, the father of two died 10 weeks later, leaving behind a 15 year-old son and 17 year-old daughter.

Buried on 7 May 2014, the family has since learnt an exhumation application was made shortly after and approved by the department in June, ahead of the removal and cremation on 21 October.

“No one has any idea of the shock and disbelief these two children faced when I had to break the news to them. No one in the family had any knowledge of this abhorrent, callous, selfish act,” Justine said.

Learning of the spouse’s plans to use her ‘right of internment’ to relocate the ashes from the Traralgon Crematorium to a town interstate, the family was able to secure a two-week stay through legal intervention.

A period of mediated court proceedings followed, resulting in the ashes’ re-internment at the original Traralgon cemetery plot.

In January this year the family of the deceased launched formal proceedings against the department through the government’s Complaints, Integrity and Privacy Unit, as part of a process which has seen the direct intervention of the State Health Minister.

In a letter addressed to former Member for South Gippsland Peter Ryan, Health Minister Jill Hennessy said she understood and regretted the distress caused to the deceased’s family.

“I am concerned about this matter and have asked the DHHS to ensure that an independent review of these events is carried out urgently,” Ms Hennessy wrote.

While the DHHS has confirmed an investigation is underway, a spokesperson said the exhumation licence application met all existing legal requirements, allowing for the body’s removal and cremation.

“We extend our sympathies to the family impacted by this situation,” the spokesperson said.

While Justine remains adamant the application for exhumation was made without sufficient documentary evidence, calls by her children and the deceased’s parents for an urgent review into the department’s exhumation application process has been heard.

“The Department of Health gave approval of this abhorrent, immoral selfish act with poor justification, less than adequate supporting documentation and without any regards to the detrimental effect it would cause my brother and I, and our family,” the deceased’s daughter wrote in a complaint letter this year.

The current investigation, which will include “a comprehensive review to examine whether changes are required to existing policies or legislation” comes only months ahead of the expiration of the current act, by which burial practices are regulated.

Cemeteries and Crematoria Association of Victoria vice-president Neville Monson described the events at the Traralgon cemetery as “an unfortunate set of circumstances” that cannot be legislated for easily.

“Unfortunately there has to be one person appointed to make a decision, and that’s the holder of the ‘right of internment’ which usually comes about when the burial plot is purchased,” Mr Monson said.

“Exhumation is generally well controlled to discourage people doing them willy nilly, it’s not an easy thing to meet and is fairly costly.”

While Mr Monson said exhumation disputes surfaced in Victoria from ‘time to time’, he described the circumstances in which the deceased’s family were completely unaware of the exhumation so soon after burial as “unusual”.

“This particular case doesn’t happen very often. You would like to think common sense would prevail, however I can understand how it’s come about. We are finding more and more that family members don’t like other members,” Mr Monson said.