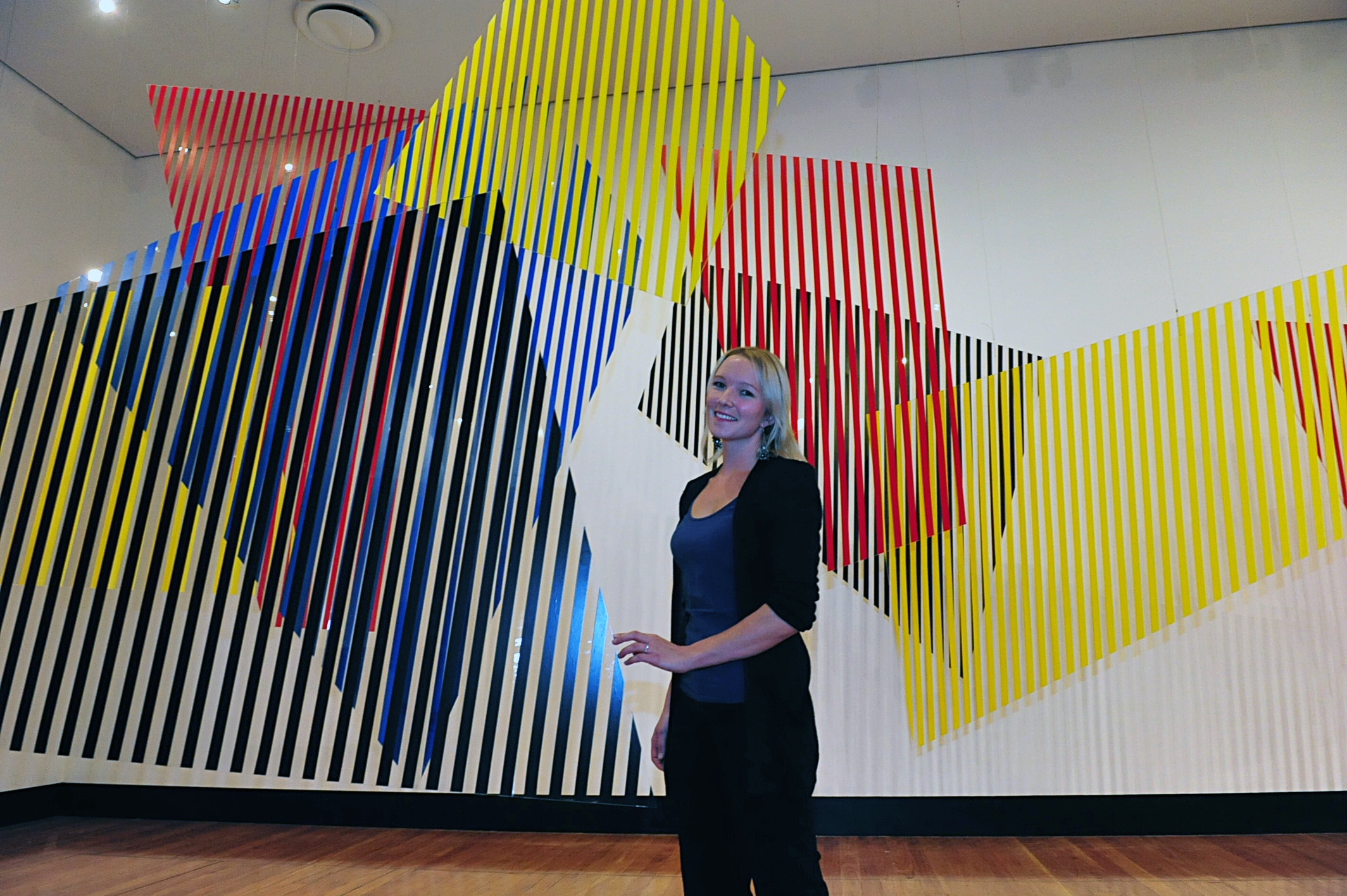 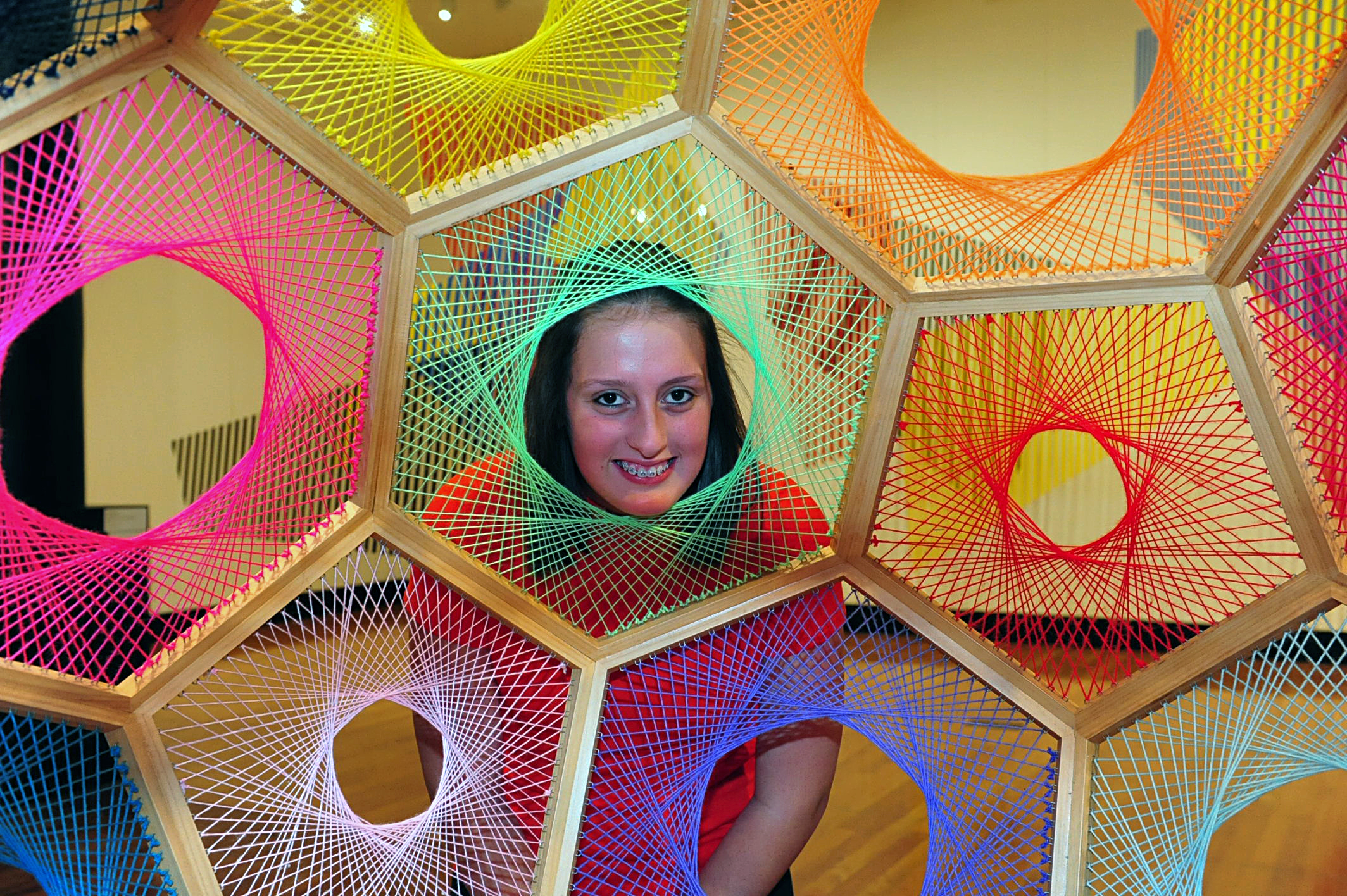 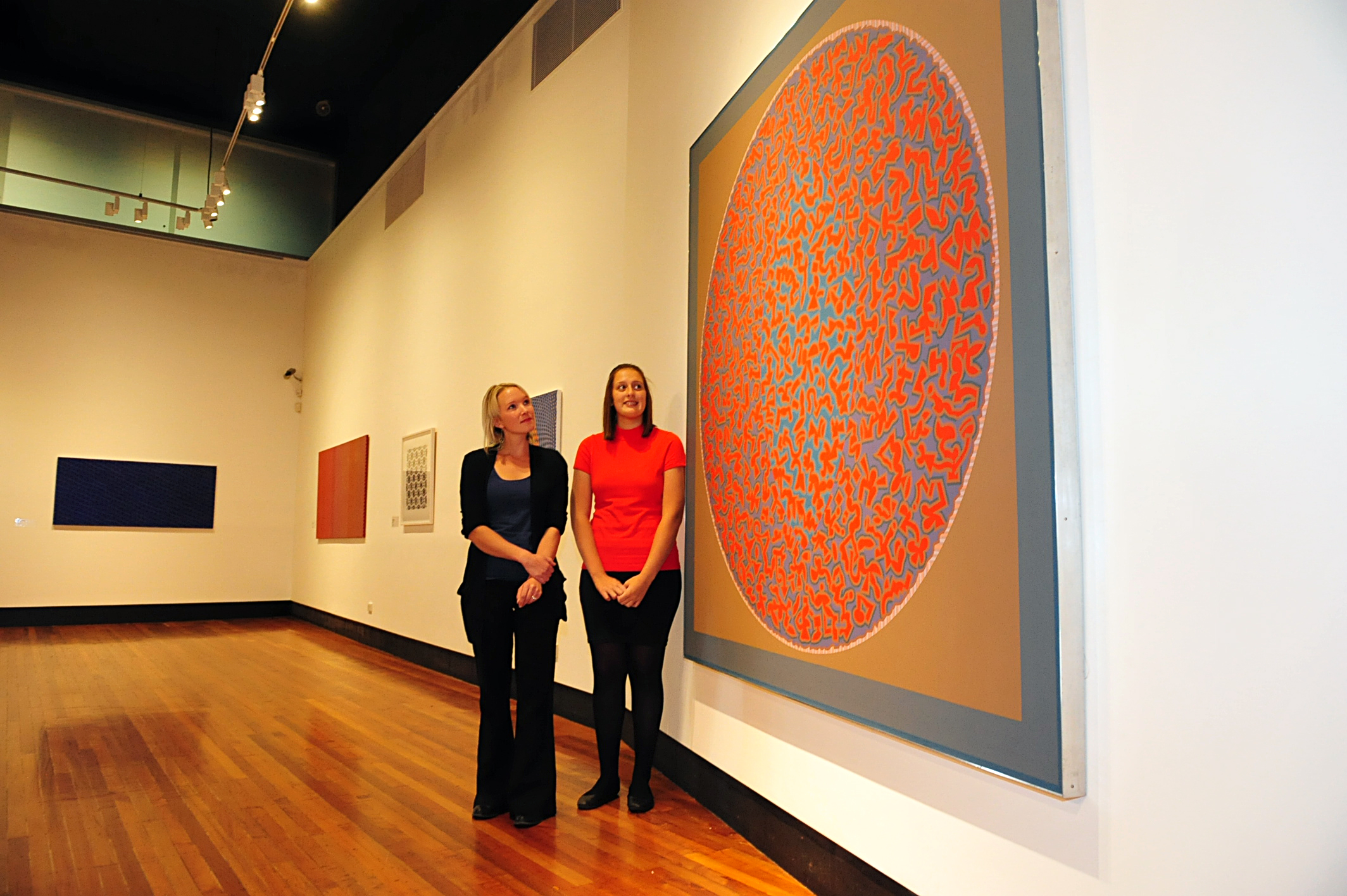 ART that creates optical illusions has often been discounted as “eye candy”, but Latrobe Regional Gallery hopes to show its creative craftsmanship.

Triangular Perspex panels lined with coloured vinyl, and a 20 pentagon-faced Icosahedron strung with florescent wool are among exhibits at the ‘After 65: The Legacy of Op’ running until 26 July.

“When this type of art came onto the scene, the critics canned it but the public loved it,” Latrobe Regional Gallery acting director and curator Shelley McDermott said.

The term ‘Op Art’ was coined in the mid-1960s as a somewhat sarcastic play on ‘Pop Art’, made famous by artists such as Andy Warhol.

Art critics of the day considered it “too easy to talk about”, and dismissed it as fashion.

She said some works were from the original period that took off in New York City, but also contemporary Australian practitioners who explore virtual motion, the intersection of colour, light and perception.

“People need to look past the optical illusion. There’s a stigma of what people think it is, but you can look past that and see the real craftsmanship that goes into creating this art,” Ms McDermott said.

“It’s not an easy type of work to create. It’s a complex art.”

Ms McDermott considered the exhibition a coup for the gallery, with a similar exhibition ‘Good Vibrations: The Legacy of Art in Australia’ showing at the Heide Museum of Modern Art in 2002.

“It’s a different experience in the gallery from what people would normally see. It’s not something you see often,” Ms McDermott said.