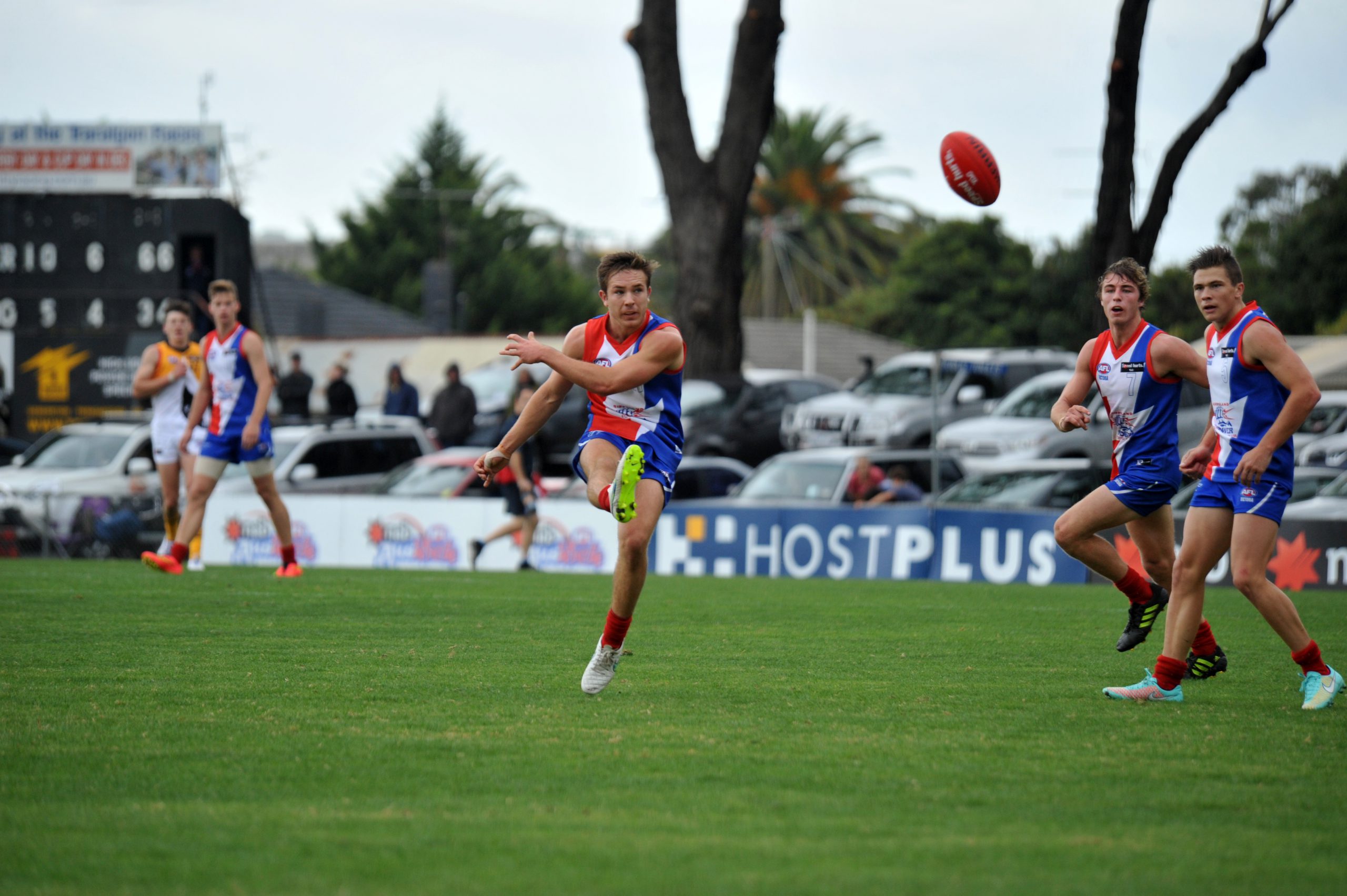 Tom Papley led the way with four inspirationally long goals. He also won many other important possessions with an amazing work ethic and then capped off a fine game with nine crunching tackles in the forward area.

Josh Patullo moved into the ruck and displayed an amazing array of skills to dominate many of the aerial contests. He won 17 possessions and took eight strong marks to play a vital role in setting up attacking football as well as being a critical factor in defence.

Connor Ambler (pictured) won many crucial possessions, putting himself into the toughest situations. More critically, he never wasted one by hand or foot. When he wasn’t winning the hard ball he was applying intense pressure by applying strong tackles.

Nash Holmes was in the thick of the toughest action all day and made excellent use of his 30 plus possessions by hand and foot. His trademark tackling skills were used 14 times, setting the tone for others all day with his brand of application.

Ben Dessent was an important member of the side with his ability to play disciplined team football in the midfield and in defence. He made sure that he could minimise the impact of opponents as well as backing his judgement to win the important contested ball.

Charlie Walsh made a stunning debut in his first TAC Cup game. He was a disciplined and hard-working defender who never conceded an easy possession. When necessary he won and made effective use of the ball to win his coach’s praise for the quality of the performance.