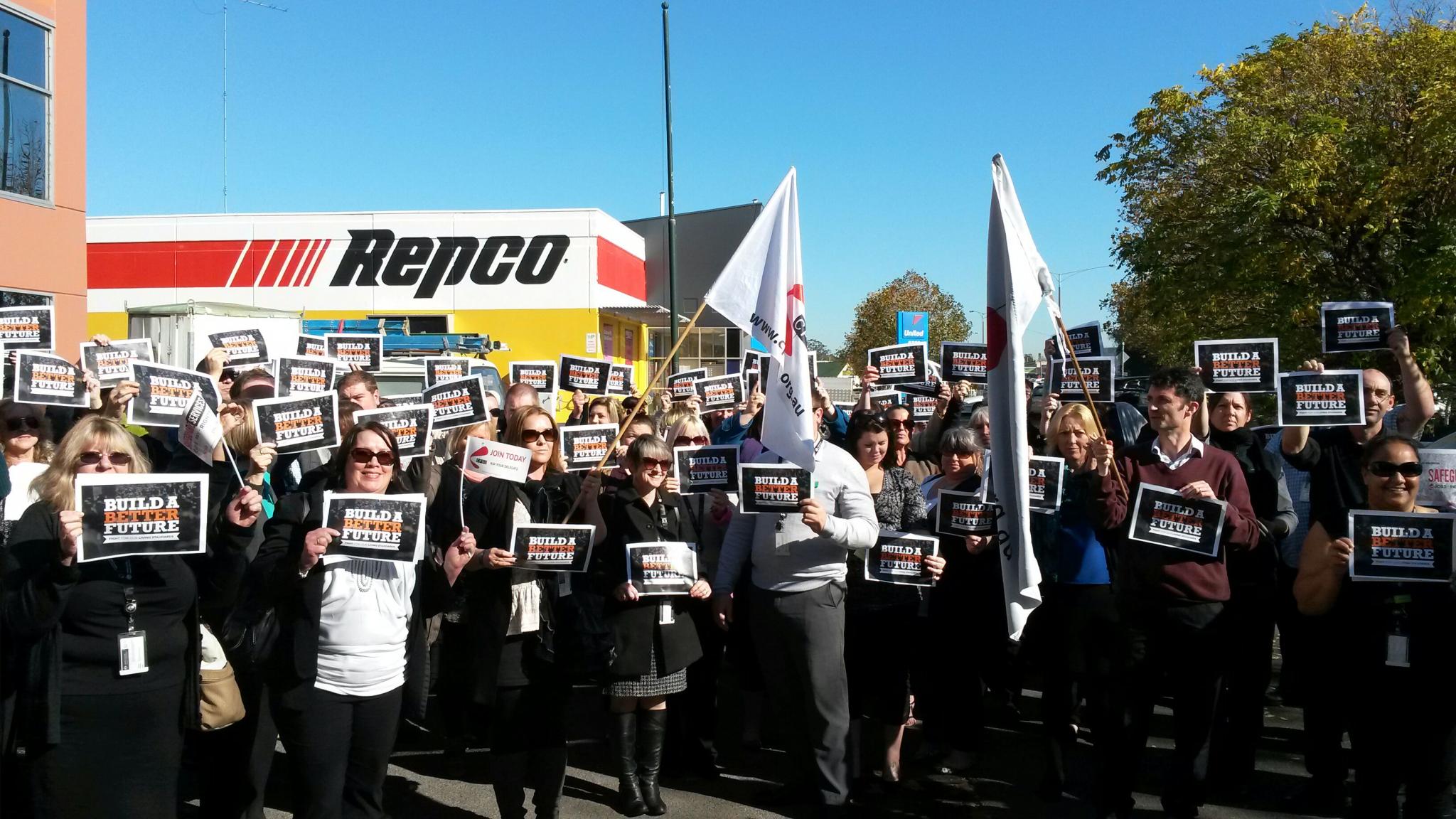 The frustrations of about 100 Centrelink call centre workers spilled onto the streets of Traralgon this week amid drawn-out enterprise bargaining negotiations with the Federal Government.

The front doors of the Traralgon office, which employs more than 600 people as the country’s largest Department of Human Services call centre, set the stage for the one-hour stopwork on Monday morning.

The Community and Public Sector Union said the stop-work comes two years since employees’ last pay-rise, and job cuts of more than 17,000 to the sector by the Abbott Government since 2013.

“Public servants (are) facing a bargaining position so draconian that no major private sector employer in Australia is offering worse – that’s why they are taking action in numbers not seen in a generation,” Ms Flood said.

He said while most were employed on a casual basis, there was “nothing irregular” about their work hours or routines.

“Many have been working the same shifts for over a year now and the work they do is not going to disappear anytime soon with an ageing population and unemployment at 6.2 per cent,” Mr Coleman said.

“A lot of these people just want to buy a home and settle down in the area, but because they are employed casually they have no security and can’t get a mortgage.

“The government needs to give these people the opportunity to convert to permanent jobs so they can plan for the future.”

DHS general manager Hank Jongen expressed disappointment at the stop-work, adding the department had continued to bargain towards a new agreement in “good faith”.

“Since tabling our second draft pay offer in February, we have been reviewing staff feedback to look at where we may be able to make further changes to the offer that is currently on the table,” Mr Jongen said.

“The union is also fully aware that we are continuing to investigate, identify and cost potential productivity measures to see if any can be applied to our current pay offer.”