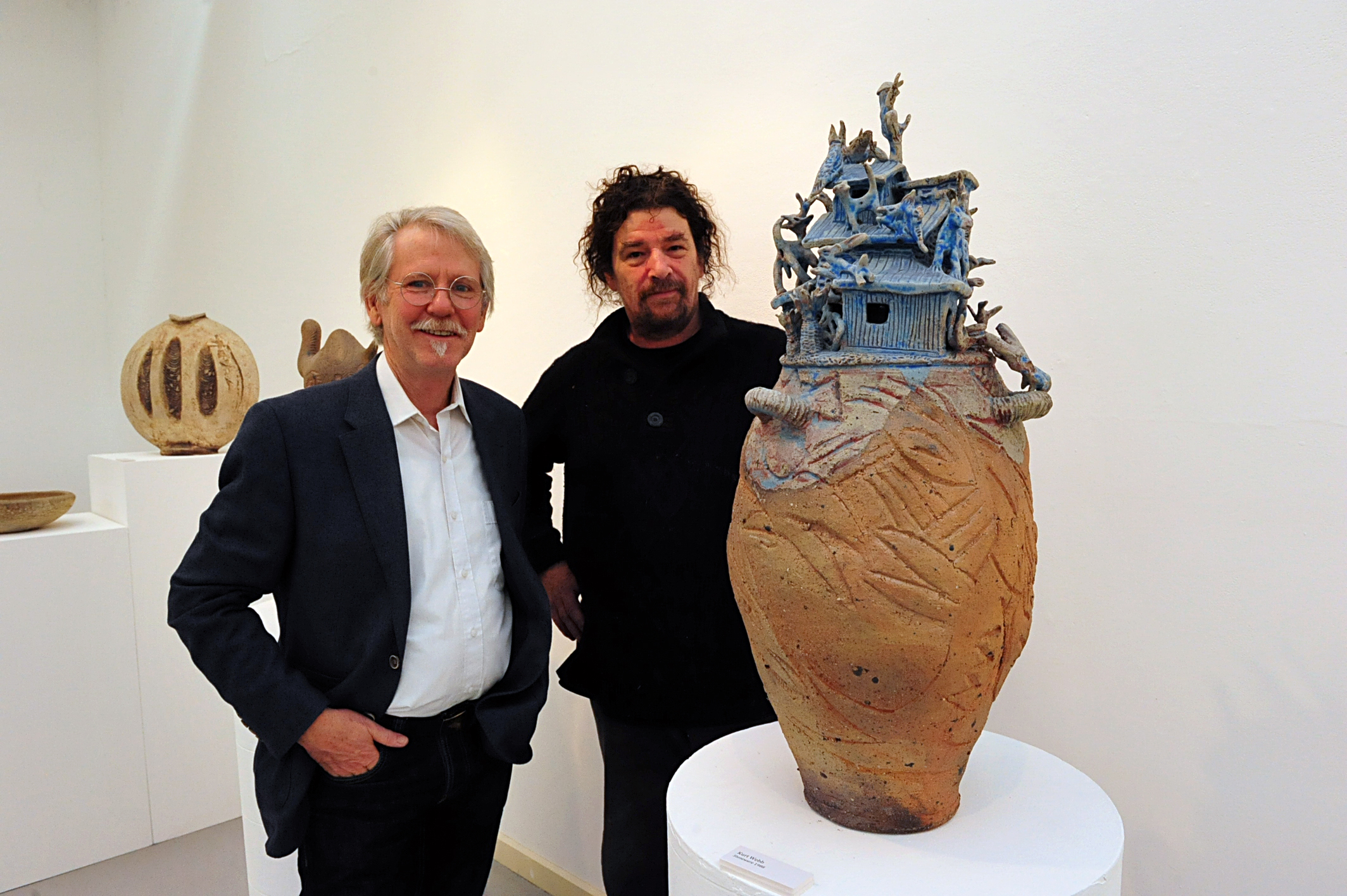 It’s amazing what some people find in their back shed.

“It’s an unbelievable collection, and what people won’t realise until they get here, is this is work from arguably some of the greatest ceramics artists still alive,” Dr Hanning said.

The exciting re-discovery of 63 forgotten pottery items became the pride of FedUni’s Switchback gallery last night, when the “internationally sought after” collection wowed public eyes for the first time in more than two decades.

Dr Hanning could hardly contain his enthusiasm when reeling off the prestigious list of contributors to the Jan Feder Memorial Ceramics Collection, including Japanese ‘national treasure’ Shikuho Ino, who once handcrafted pottery for the Japanese Emperor.

“This has got to be one of the most significant collections of ceramics in Australia,” Dr Hanning said.

Featuring irreplaceable items by leading British, American and Australian artists, the collection was born through a local and intimate focus in 1980s, established by the peers of former Gippsland Institute of Advanced Education ceramics student Jan Feder, who died tragically.

Raising a small sum of money, the students purchased a few pieces to form a study collection in Ms Feder’s honour, beginning with a piece by the noted Australian potter Victor Greenaway.

The collection burgeoned through donations by visiting artists from across Australia and the globe, experiencing a major boon of items crafted on-campus during a ‘wood-fired’ conference at GAIC in 1986 from visiting artists and lecturers.

Despite successful annual exhibitions, the prized collection, which reached 82 pieces at its peak, was resigned to the warehouse after the ceramics department was shut down during the Monash University takeover.

“This stuff just all went into storage and was forgotten about,” Dr Hanning said.

Campus technician of 38 years Russell Snelton said it was significant the collection was finally getting the recognition it deserved.

“The Monash takeover meant we didn’t have any staff that were sensitive to these kinds of pieces,” Mr Snelton said.

“It might have got a single showing in the mid-90s, but apart from that it’s been completely boxed up because most of the people were preoccupied with other things since,” Mr Snelton said.

“They didn’t know what they had here frankly.”

The Jan Feder Memorial Ceramics Collection curated by former ceramics lecturer Dr Owen Rye will be displayed at the Switchback Gallery until 9 July.