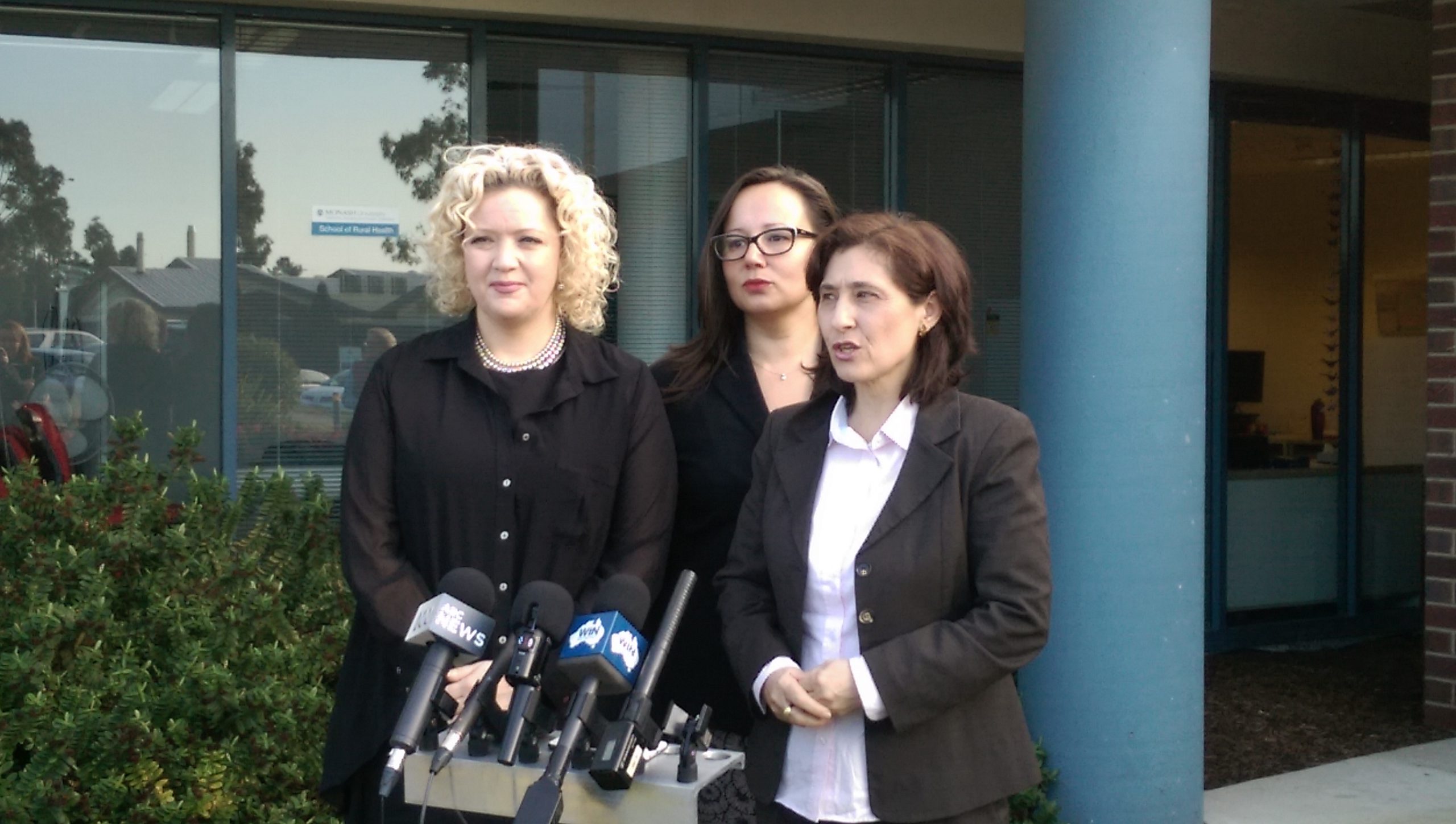 A spike in deaths and mine rehabilitation are the focus of the reopened Hazelwood Mine Fire Inquiry due to be completed by 15 March next year.

She was joined by Health Minister Jill Hennessy, who announced $160,000 funding for a new health clinic and lung-function testing equipment for the Latrobe Valley for those affected by the mine fire.

“It will certainly be good to clarify whether there were any deaths from the incident and how we can look after the community’s health from here on,” Ms Boothman said.

“They were the two unanswered questions, really.

“I would be confident they have a very good team – it’s most important the community can have their say, deal with their concerns and then move on.”

The panel will investigate short, medium and long-term rehabilitation measures for each of Latrobe Valley’s mines at Loy Yang, Yallourn and Hazelwood.

They will also assess the bond system in place where a rehabilitation occurs, to ensure there are sufficient funds to pay for clean-up costs.

Environment Victoria safe climate campaign manager Nicholas Aberle welcomed the “broad” terms of reference, which he said would not limit the inquiry’s investigations.

“(To ensure) if a mine operator does walk away from it, there is still enough money to pay for any rehabilitation or clean-up costs.”

The panel will also assess fire risk reduction options at Alcoa’s Anglesea mine, due to close this year.

The inquiry’s first report will be submitted on the Anglesea terms of reference by its closure on 31 August, while the health report is due on 2 December.

Dr Aberle said although Latrobe Valley must wait until after the next bushfire season for its mine rehabilitation report, the timeline was not unreasonable.

“Given they’re looking at rehabilitation options for all three mines, it’s not the kind of thing you would like to rush,” he said.

“I’m hoping for very clear recommendations to make sure the risk of fire is reduced, as well as rehabilitation plans that are working towards good future beneficial uses of the mines.

The inquiry’s community consultation methods are expected to include public hearings and round-table discussions, to be announced by the panel.

Written submissions are now welcome and can be made via the Hazelwood Mine Fire Inquiry website at hazelwoodinquiry.vic.gov.au

Residents who have health concerns they believe are caused by the mine fire can book an appointment with the mine fire health clinic at Latrobe Community Health Service in Morwell.

The public lung-function testing equipment will be available at Latrobe Regional Hospital later this year.