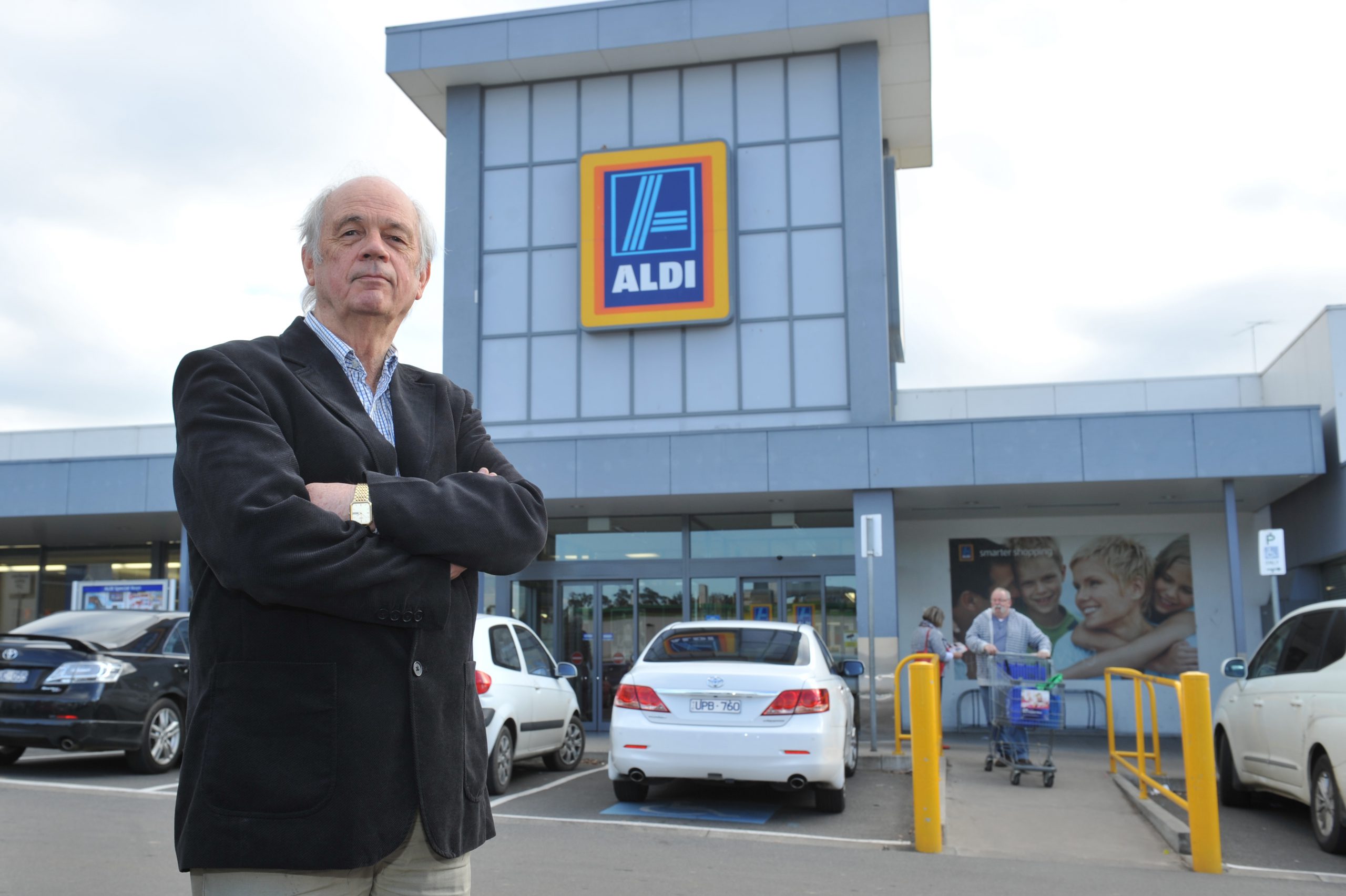 A PLAN by supermarket chain Aldi to move its Traralgon store from the town’s central business district to the Princes Highway has drawn public opposition, with some people fearing the move will inconvenience customers and disjoin the town.

Customer David Langmore said the existing Aldi supermarket along Post Office Place was ideal for those who purchased some groceries at Aldi and completed their shopping elsewhere.

“People will shop at Aldi, they’ll go to (nearby) Manny’s Market and go to the plaza and Coles and they can do it all on foot,” Mr Langmore said.

“Were Aldi not part of the CBD it’s going to make it inconvenient, it’s less central, it’s not a particularly good road link across to that site.”

Aldi plans to move to a site on the south side of Argyle Street, between Liddiard Road and Head Street in 2016 as part of an expansion.

The new supermarket would have a floor area of 1541 square metres and would have 98 car parking spaces.

He said he did not oppose an Aldi expansion, but believed the new store should be in the CBD.

Mr Langmore appealed the matter to the Victorian Civil and Administrative Tribunal, including a letter of support from the Traralgon Chamber of Commerce and Industry which raised concerns a move out of the town centre could result in hundreds of shoppers a day not entering the CBD at all, impacting on small businesses.

The letter stated the chamber understood inadequate parking at the current Aldi site may restrict trade and understood its motivation to find a more accommodating site, but it suggested that site be found in the CBD.

“We assess each of these cases on its own merit,” Traralgon Chamber of Commerce and Industry President Darren Howe told The Express.

“Our thinking was we didn’t wanted to fracture the shopping centre any more than what it was, we wanted to keep Coles, Woolies and Aldi in the CBD.”

VCAT upheld council’s decision to approve the planning permit, saying the development “would not have adverse consequences for the continued prosperity of the Traralgon CBD” and being located one kilometre from the CBD would not prejudice multi-purpose trips.

Mr Langmore also raised concerns the new site would not be easily accessible for pedestrians or public transport users.

VCAT agreed the site would be less convenient to this group of Aldi customers, but stated the group was likely a small proportion of the supermarket’s shoppers.

“While a few people may be inconvenienced by the change in location, many more people will benefit from the increased competition, improved convenience and store layout,” the decision read.

Mr Langmore criticised council’s approval process, as under current delegation policy, the decision fell to council’s chief executive, rather than a meeting of the councillors.

“It’s the third largest supermarket in Traralgon and its location was something councillors would be interested in and probably have a view about.”

However, a Latrobe City spokesperson said councillors did have an opportunity to consider the matter.

“Council’s adopted delegation process when receiving five or less objections to a planning application is to provide a timeframe of one week for councillors to request the matter be taken to a council meeting,” the spokesperson said.

“Following this period the decision is at the discretion of the CEO.”

An Aldi Australia spokesperson said the move would provide customers with “a larger, more modern store layout, with a greater selection of products, increased parking and easier access”.

They said any planning decision made by the company included in-depth research to consider the impact on the community.

“As part of this change, we have worked closely with local planning bodies and obtained feedback from local residents,” the spokesperson said.

“We also conducted an Economic Impact Assessment confirming there would be little impact on the thriving CBD area.”