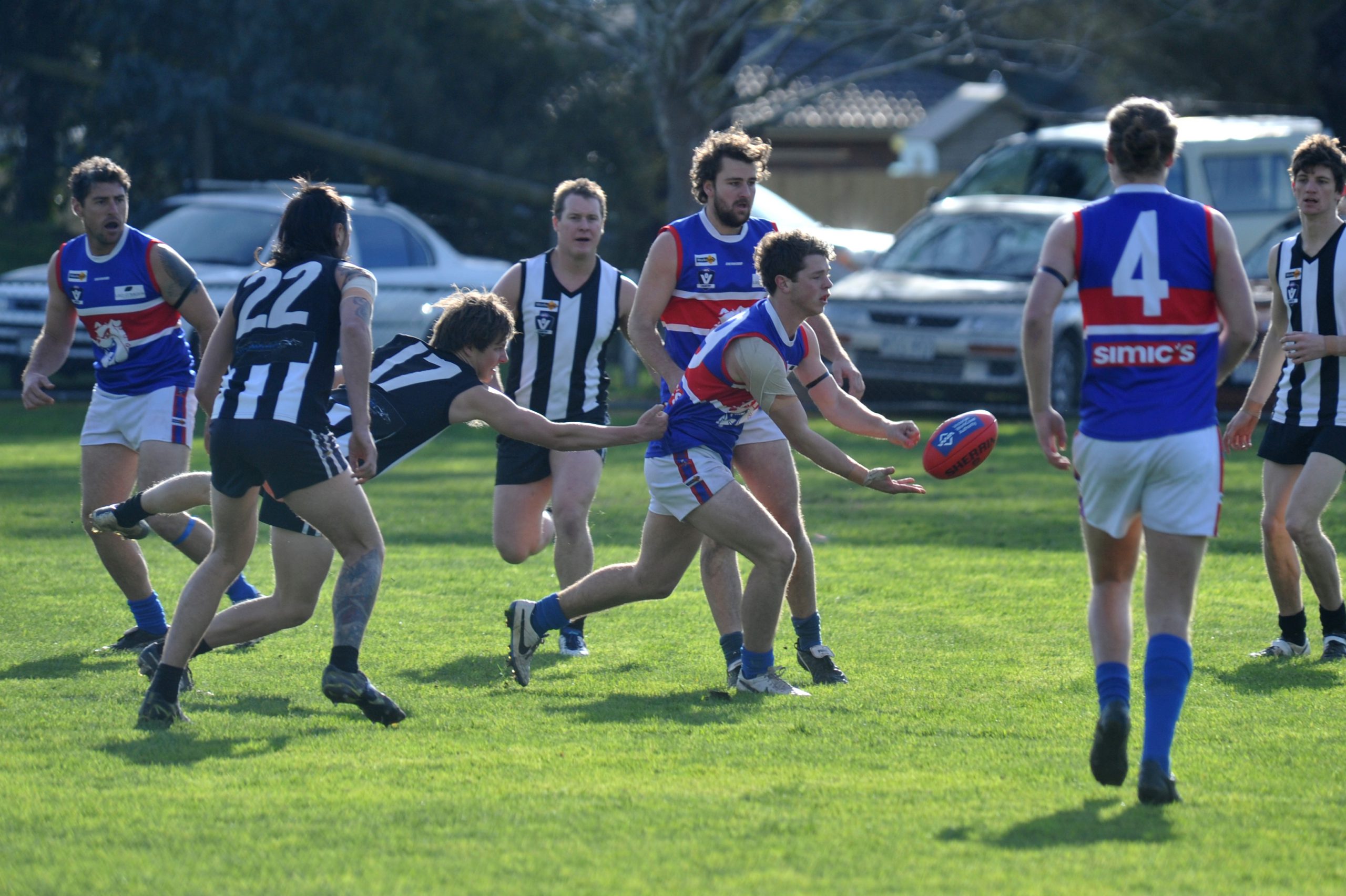 ROUND 12 of North Gippsland Football will be split over two weekends, with four of the competition’s top five sides to meet in three days of season defining footy.

Sale City won by two kicks in round three, with inaccuracy in front of goal costly at the final siren for the Cougars, who kicked 19 behinds.

The sides have met on four occasions in the past season and a half with the ledger sitting at two apiece.

“It’s a massive clash this week, they are a class side and given time and space will hurt you,” Churchill coach Allan Chandler said.

“They have got so many good players across the lines which makes them tough to match up on.

“We know that we need to be playing our best footy for four quarters to beat them.”

Drawing even at 2-2 in the opening month, the Cougars have since elevated themselves into fourth, one game shy of this week’s opponent.

In contrast the Dogs zoomed to the top of the table through a barnstorming opening month and appear on track for a prized double chance come season end.

City has won six in a row, while Churchill has strung together three since the general bye, including a one point thriller over Heyfield.

Churchill’s go to man Nick Campbell who has booted 14 majors in his last three outings, but the Cougars have a hole to fill at the other end this week.

“We will have Robert Wilkie out this week which will hurt our back line, but we have had some real improvement in our younger players and some of our older brigade have just started to hit their straps,” Chandler said.

WOODSIDE and Glengarry come into round 12 on the back of two vastly different losses.

The Wildcats suffered one of their biggest defeats of the season while the Magpies were staunch in their losing battle with the top side.

In their earlier meeting, the Wildcats opened their season ledger with victory on the road.

On that day Tom Love was the impetus in front of goal booting six, with coach Daniel Risol leading the charge with a best on ground performance in his side’s 78 point win.

But the Magpies are a different prospect this week.

Like the Wildcats, their younger brigade continues to tally match time and show improvement.

Last week the Magpies matched City in the opening quarter, and the week prior pulled together a strong final term to hold Cowwarr goalless.