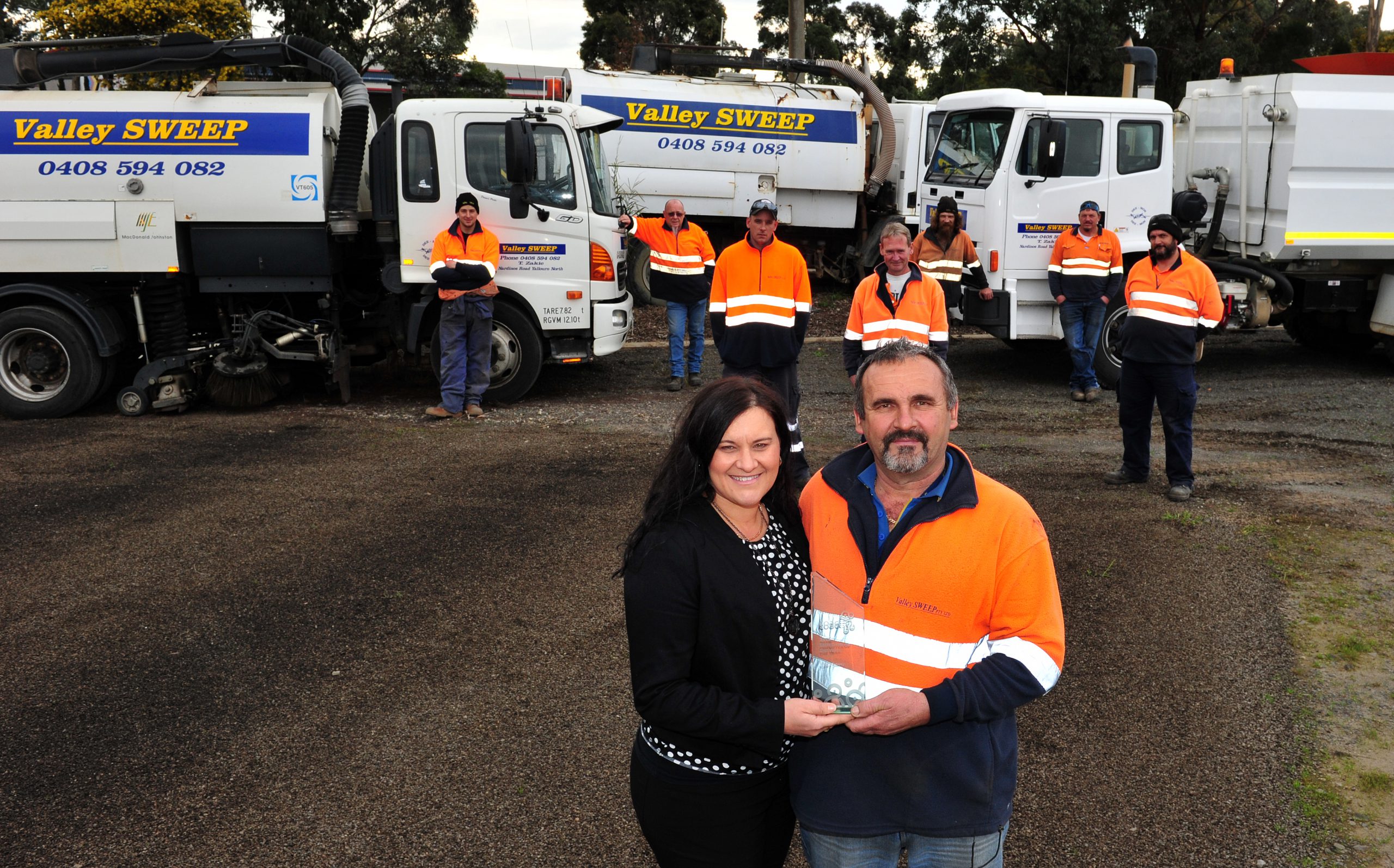 STARTING a business from unemployment benefits, one street sweeper and almost a decade of experience has paid off for locals Tony and Judy Zakic.

The Valley Sweep owners have just been named the joint 2015 National Employer of the Year, announced at last week’s CoAct National Conference in Canberra.

“I think there were four (employers) who got to go to Canberra, so we kind of knew we were the finalists, I guess,” Ms Zakic said.

“We look at ourselves and say, ‘there was no way’; I never thought we would have been in this position we are right now.

“We don’t look at ourselves as perfect by any means, we taught ourselves in what we’re doing now.”

After being made redundant from his previous street sweeping job, Mr Zakic joined the 12-month New Enterprise Incentive Scheme with his wife to gain accredited small business training.

They purchased their first truck in 2001 and worked separate jobs as they started Valley Sweep – a business that has since grown to 24 trucks and 15 casual and full-time employees.

To this day, the pair has employed 15 Workways clients, determined to give the long-term unemployed or disadvantaged an opportunity to find work.

They believe their value of each employee’s loyalty and an open ear to each worker’s ideas for decision-making has led them to the award.

“We do appreciate their loyalty and ideas, we’re not just a business where you’re only a worker,” Mr Zakic said.

“Without them we wouldn’t be here.”

Federal Assistant Employment Minister Luke Hartsuyker presented the couple with their award during a gala dinner at Old Parliament House.

The couple – who have been married for 19 years – attribute their hard work, passion for their “baby” and a “good crew who work together” to receiving the honour.

“We open our doors to anyone, because we’ve been in that same position,” Mr Zakic said.

“(And) they turn out to be fantastic employees.”