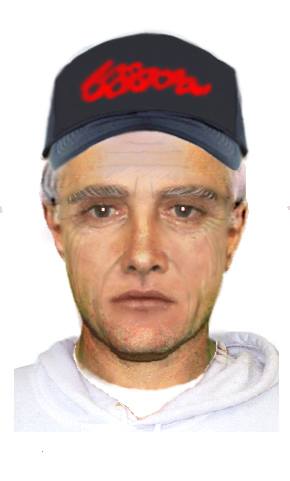 VICTORIA Police are appealing for public assistance following an incident where a man approached two children in Traralgon on Friday afternoon.

Investigators have been told the two children, a boy and a girl both aged under 10, were walking a dog along Kay Street when they were approached by a man about 2.30pm.

Police said the man told the children he had lost his dog and they helped him search along Kay Street and into Cumberland Street.

The trio walked to a scout hall on Cumberland Street and the man told the boy to leave before touching the girl inappropriately.

Police said the girl screamed, which alerted her brother and they ran from the area.

Morwell Sexual Offences and Child Abuse Investigation Team detectives are investigating the incident and have released a FACE image of a man they wish to speak to in relation to the incident.

Anyone who recognises the man or has any information should phone Crime Stoppers on 1800 333 000 or make a confidential report at www.crimestoppersvic.com.au

POLICE are seeking the assistance of a man and two women in relation to an alleged theft at Mid Valley Shopping Centre in Morwell late last month.

According to Latrobe police, the trio entered the Spoils store at 5pm on 26 June, selecting various items before leaving the store without making payment.

The first female had been described as 150 centimetres tall, skinny build and with black and pink hair, the second female as medium build, and was wearing pink high heels and grey top.

The male has been described as of a skinny build, tall and was wearing a black top.

All three are believed to be in their 40s.

POLICE are calling for witnesses to a burglary at a Glengarry pre-school and maternal health centre last fortnight.

According to police a number of unknown offenders forced entry to the centre between 26 June and 1 July, before ransacking the premises and stealing a quantity of cash.

Anyone with information regarding the above incidents should phone Crime Stoppers on 1800 333 000 or visit www.crimestoppersvic.com.au/report-a-crime