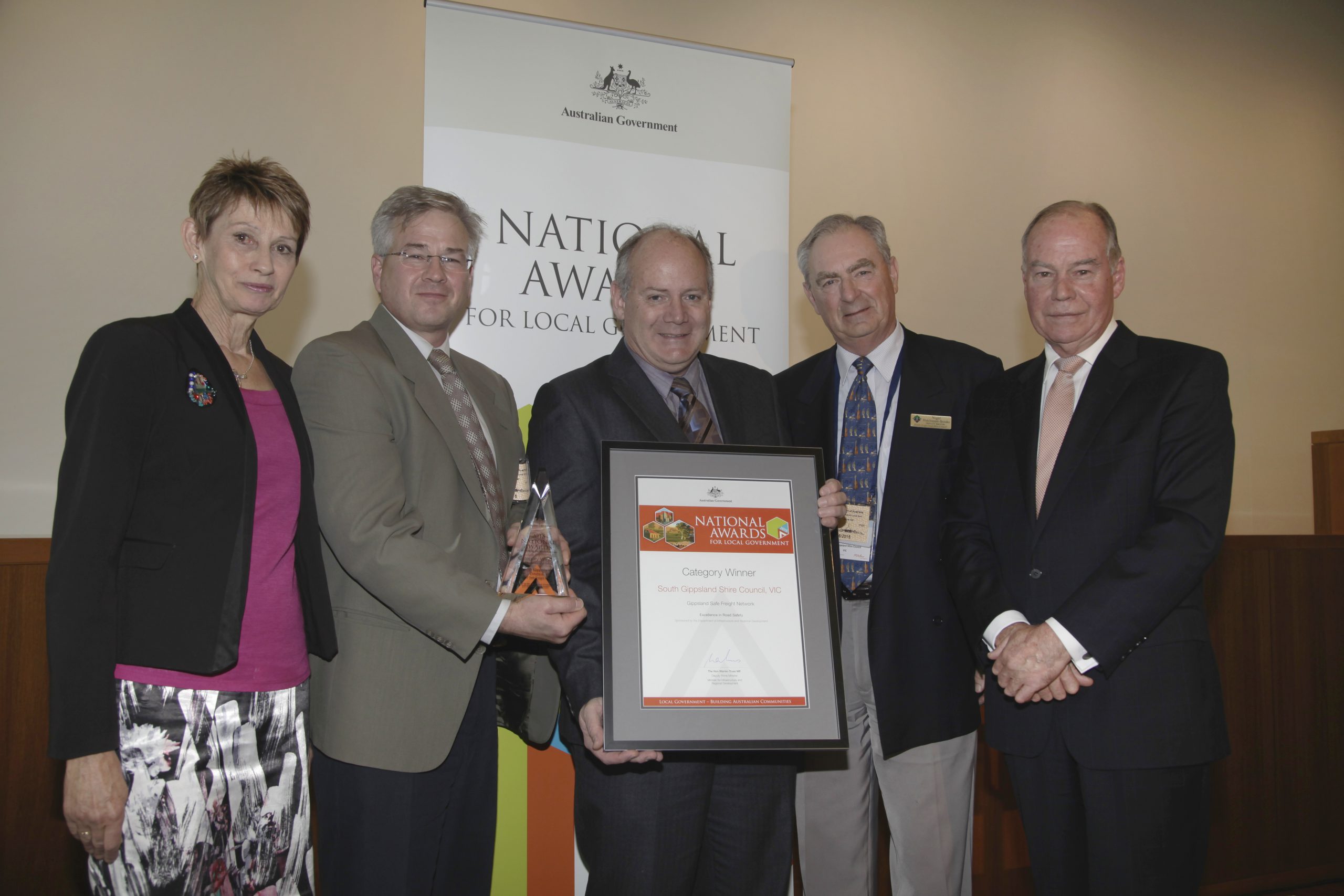 A ROAD safety campaign encouraging truck drivers across Gippsland and eastern Victoria to turn their lights on during the day has been nationally recognised.

The ‘Truckies Light Up for Safety’ program ran for 13 weeks last year and resulted in a reduction of car versus truck incidents.

“Any sort of recognition helps put air in the tyres and fuel in the tanks to keep going,” Mr Wachal said.

“The bulk of the workload falls daily on a small group of people and it definitely is nice to get some of the reward for the effort.

“It also is in recognition of the heavy vehicle operators that participated in the campaign by turning their lights on or fitting daytime running lights.”

The industry-driven initiative was established to reduce the number of heavy vehicle incidents on roads across Gippsland.

“It was very much a grassroots approach to it,” Mr Wachal said.

“We had to do that because the professional road users are a fragmented workforce, but they are also family people – sons, daughters, dads, uncles, and so on. (They are) people who live and work in our local community and they decided to make a difference.”

Mr Wachal said something as simple as daytime running lights helped road users register other vehicles and spread the message of road safety.

He had personally been affected by the death of his uncle, who was killed in a heavy vehicle incident in Canada.

His overall goal is to reduce the road toll in the long-term, while generating awareness about the hidden road toll and its economic cost.

He plans on formulating a new, collective campaign with the focus of changing the mindset of all road users, young and old.

“It’s my agenda I have on making a change,” Mr Wachal said.

“If we could do anything to reduce the impact on our lives, then why wouldn’t we do it?”