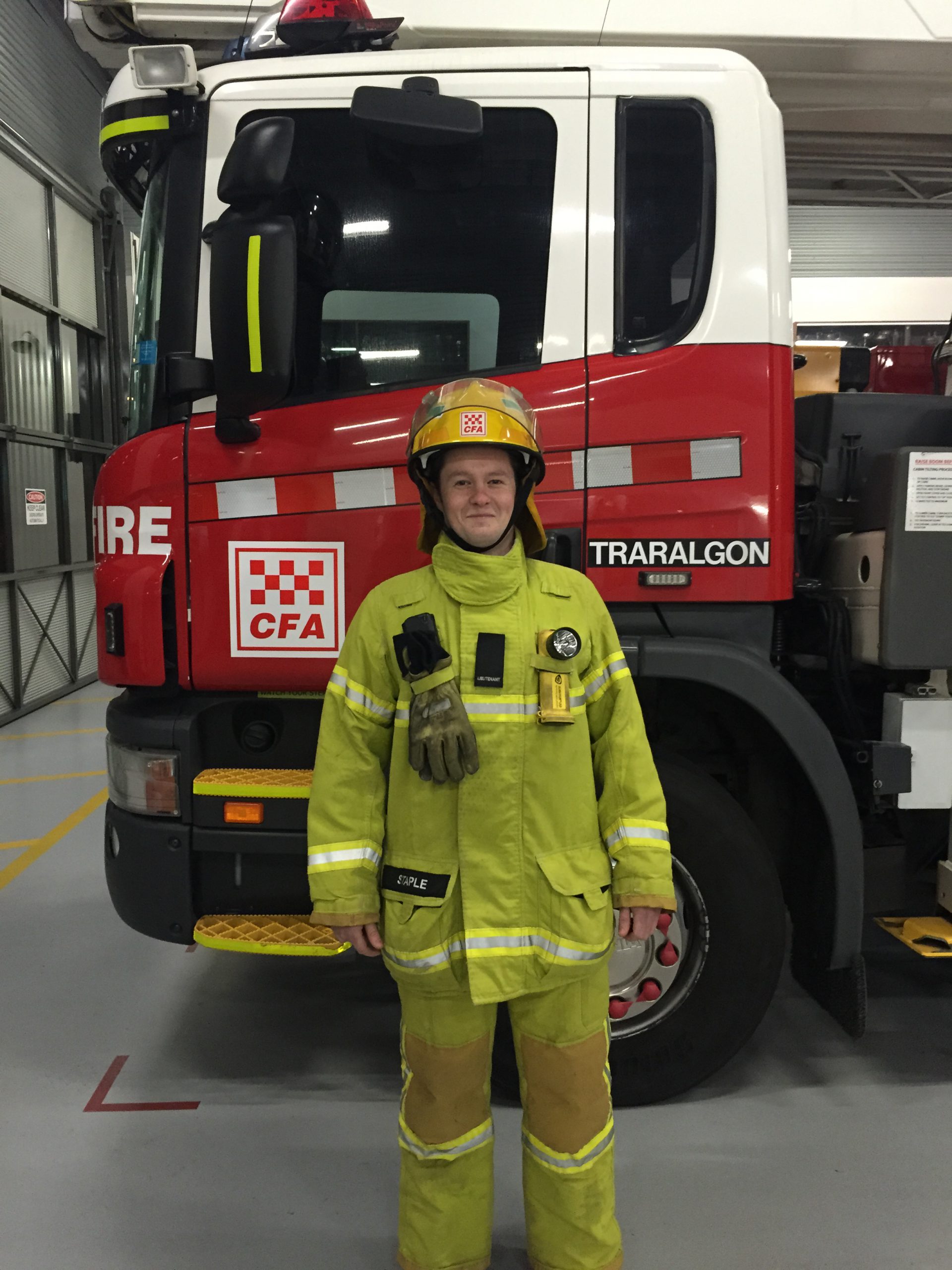 IT has been his dream since he was a youngster and now Traralgon Fire Brigade’s Matt Staple has reached his goal.

After months of hard work and training, the 3rd Lieutenant has been accepted as a career firefighter with the CFA.

“It’s been a dream of mine,” Mr Staple said.

“I am extremely lucky and the support I have received from the Traralgon and Morwell brigades, as well from as the community has been great.”

Mr Staple began his career in 2010 as a volunteer for the Morwell Fire Brigade, before joining Traralgon in 2012, where he is currently stationed.

Mr Staple said he had been busy hitting the books in preparation for his new role, refreshing his firefighting knowledge.

“It’s almost like going back to school,” he said.

“There’s a lot of physical training and studying to get back into the swing of things.”

Mr Staple will begin his recruit firefighter training in August with an intensive 19-week course.

Once complete, he will be stationed somewhere in Victoria.

“You don’t get a lot of say of where you will be stationed, but I am definitely hoping to come back to the Latrobe Valley one day,” Mr Staple said.

“It would be nice to return home.”