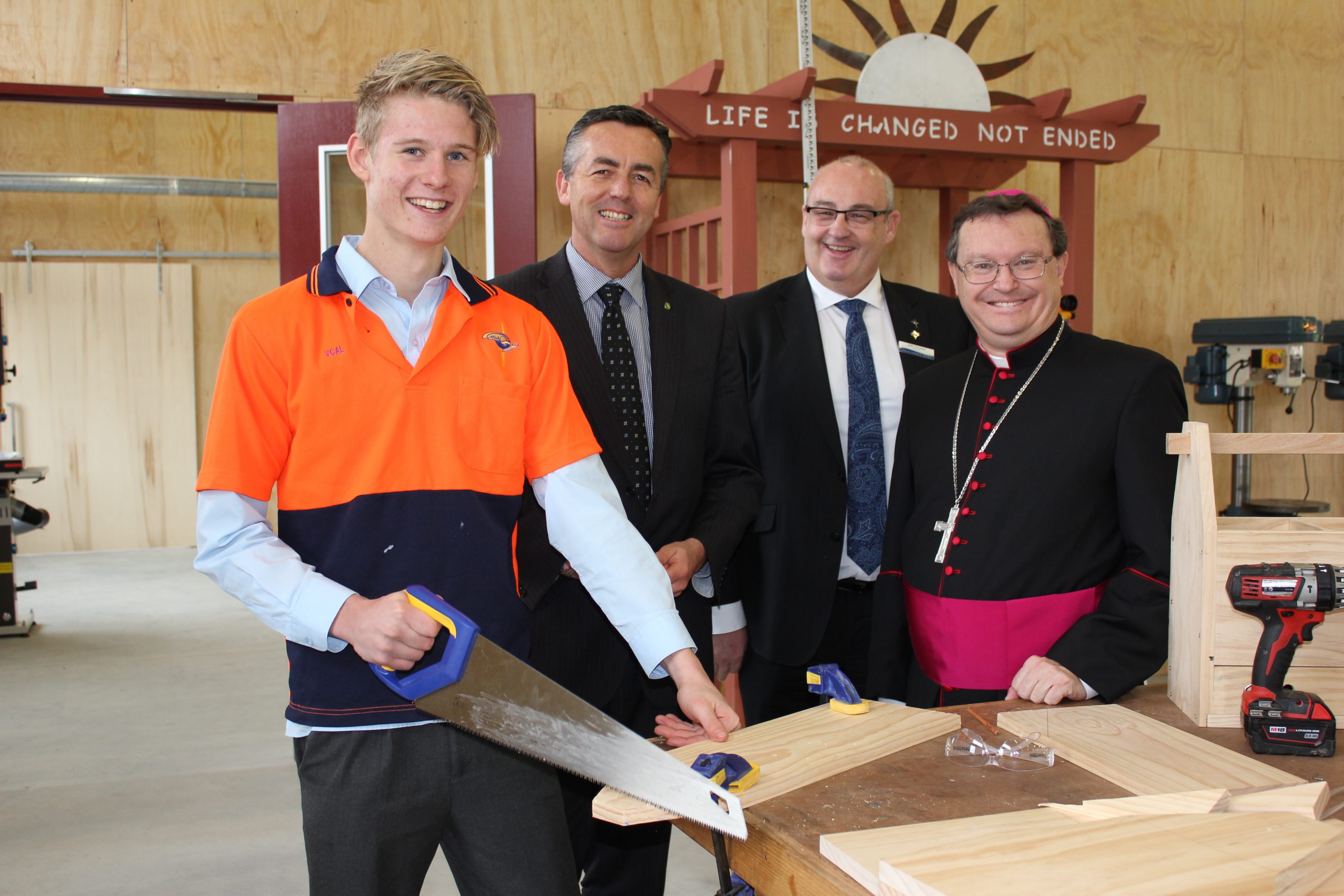 Electrotechnology and engineering skills for alternative electricity generation are among the great hopes for a Traralgon high school’s $1 million trades and skills facility.

Lavalla Catholic College held a blessing and official opening ceremony for its Trades and Skills Centre at its Kildare campus on Friday.

Completed just last month, the centre offers a classroom, workshop for engineering and metal works, a carpentry and building shop, a prep room for teachers and technicians to prep materials, a duct extraction system and even a CNC machine.

VCAL coordinator and building and construction teacher Jason Szkwarek said the school would offer old trades such as fitting and turning and carpentry, but hoped to also provide new skills needed for solar power, wind turbines and other electrotechnologies.

“These guys are going to get taught about new sustainable technologies and technologies of the future,” Mr Szkwarek said.

The project has been in the planning process since 2008, and in 2013, the school made an application to the Federal Government for funding, receiving $1 million and contributing an additional $156,000.

Lavalla Catholic College principal John Freeman said the idea was to create a facility allowing the school to deliver VET and VCAL programs such as engineering and building design and in the future, electrotechnologies.

Mr Freeman said the previous shed for trades and skills was small and more than 50 years old.

He said the school could now increase class sizes by 30 per cent and the facility would also be used by the college’s junior campus and VCE students.

“A kid could be doing building construction allied with his VCE classes with an aim to become an engineer,” Mr Freeman said.

“This isn’t directly aimed at students that want to go into an apprenticeship or trade, although that will be its primary function,” Mr Freeman said.

Federal Member for Gippsland Darren Chester said skills training at secondary school provided a basis for students to pursue further training after school or to enter the workplace.