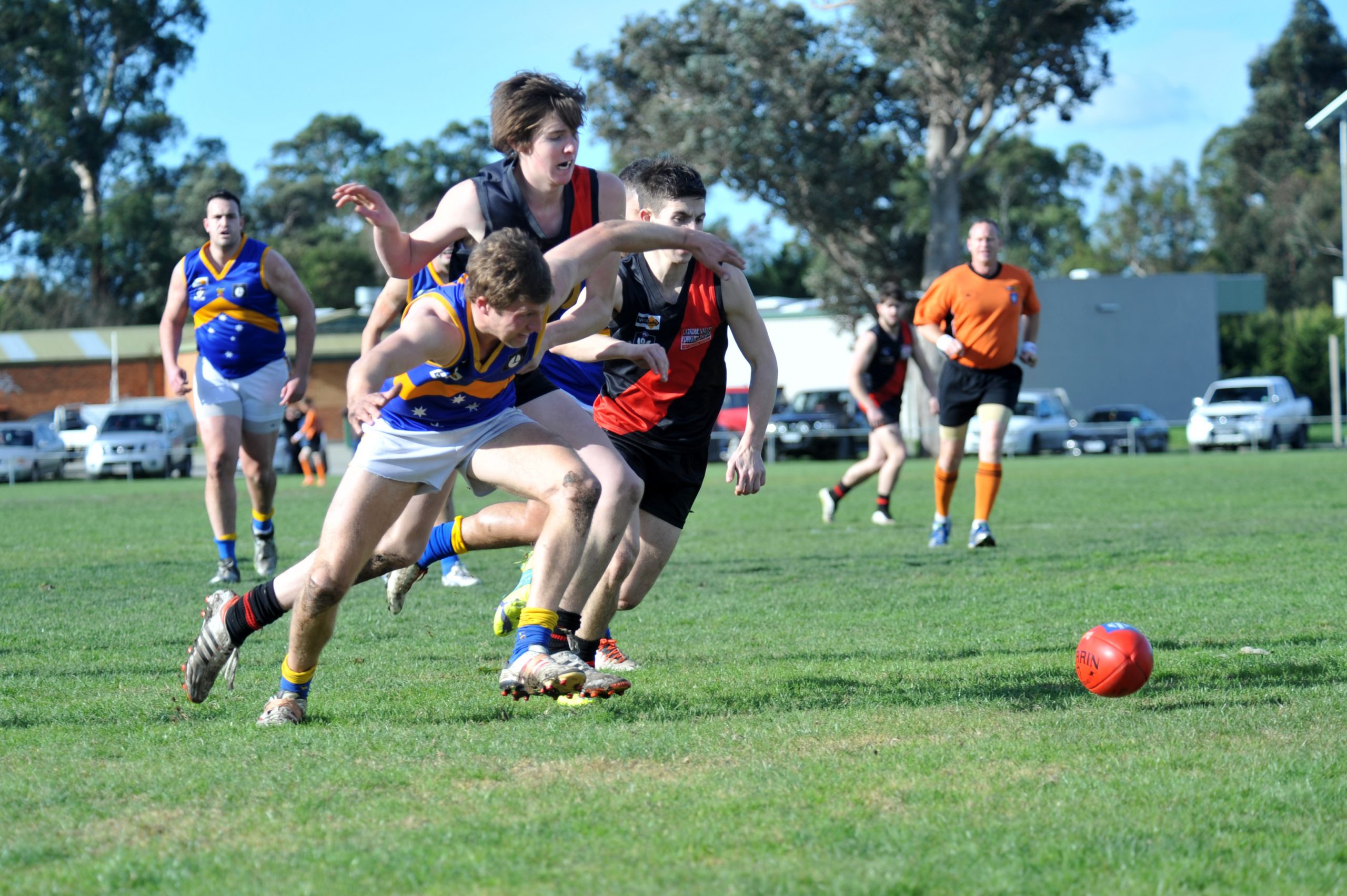 FOR the third consecutive week Heyfield will face a fellow finals contender in Rosedale in the North Gippsland football match of the round.

Back into the top five, the Kangaroos sit precariously in fourth position, equal on points with Yarram and Churchill, who occupy fifth and sixth respectively.

Only 0.94 percentage points separate Heyfield from Yarram, with Churchill a further 9.75 behind.

Little can be gleaned from the sides’ earlier meeting where the honours went the way of the Blues.

A number of telling factors influenced the outcome of the contest, among them the inclusion of three former AFL players to Rosedale’s line-up.

The Kangaroos’ defence was under siege, with Max Bailey’s 206-centimetre frame causing headaches as the Blues used the height of the former Hawthorn premiership ruckman to their advantage.

Since that day in May the Kangaroos have dropped three matches with losses to Traralgon Tyers United, Churchill and Yarram.

However, Heyfield last week accounted for Sale City and will be confident it can again match it with the number one ranked side in what is proving to be an eight-point contest.

But it will be far from one-way traffic, with Rosedale’s depth and versatile line-up to test the home side’s resolve.

Little has separated the sides at the final siren, with this week’s meeting expected to be no different.

GLENGARRY copped an 85-point hiding from Gormandale last round and there will be no respite this weekend against Yarram.

Still without a win to its name, the Magpies must now confront a rebounding Demons outfit, which dropped the points to flag favourites Rosedale.

The Magpies have lost their past three games by double-figure margins, and another tough day looms.

Yarram slid down the premiership ladder and is teetering on the edge of the five after its loss to the Dogs.

Locked in a three-way battle for the final two top five positions, Yarram will need to hold the Magpies at bay if they are to make their finals debut in their second season in the league.

FOR perennial finalists Churchill, its chances of playing finals is slowly slipping from its grasp. Relegated outside the five by percentage, the Cougars may regret the ones that got away throughout the season.

He went on to note that the “physicality” and the way they played the opening term was something they needed to continue for the full four quarters.

Chandler will be looking for a return to their first term efforts from last Saturday, ahead of this round when the Cougars meet Gormandale.

The Tigers enter the contest against Churchill on the back of their third win of the season.

With a tough fortnight ahead, the Cougars’ fate and tilt at back-to-back titles will be decided by this weekend’s outcome.

PLENTY has changed since Cowwarr and TTU last met.

Hit hard by injury and sitting in fifth position, the Bombers are embedded in the top three a game clear from Heyfield, Yarram and Churchill.

Coming into the contest on the back of a confidence-boosting 51-point victory over reigning premier Churchill, the Bombers can not get too ahead of themselves. Cowwarr claimed a solid win against the Wildcats while drawing level with Sale City a fortnight ago and this game could easily be a danger for the Bombers.

The Bombers have a number of tough encounters in the closing weeks of the season against Sale City and Heyfield, with the match against a barnstorming Saints outfit ideal preparation if they are to firm their premiership credentials.

SALE City enters this contest on the back of its fourth loss of the season and its second at the hands of Heyfield.

A large crowd is expected when the Dogs host Woodside.

The class and depth of the Dogs proved telling in the sides’ earlier encounter, with Sale City rebounding from its first loss with a 59-point victory against the Wildcats.

It will be a tough assignment for Woodside which has yet to claim the scalp of a top five team.