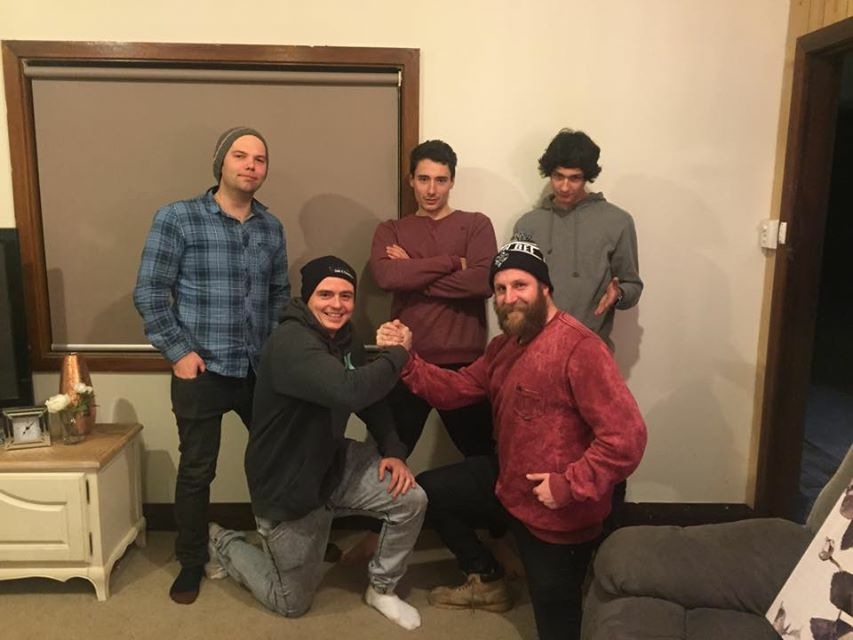 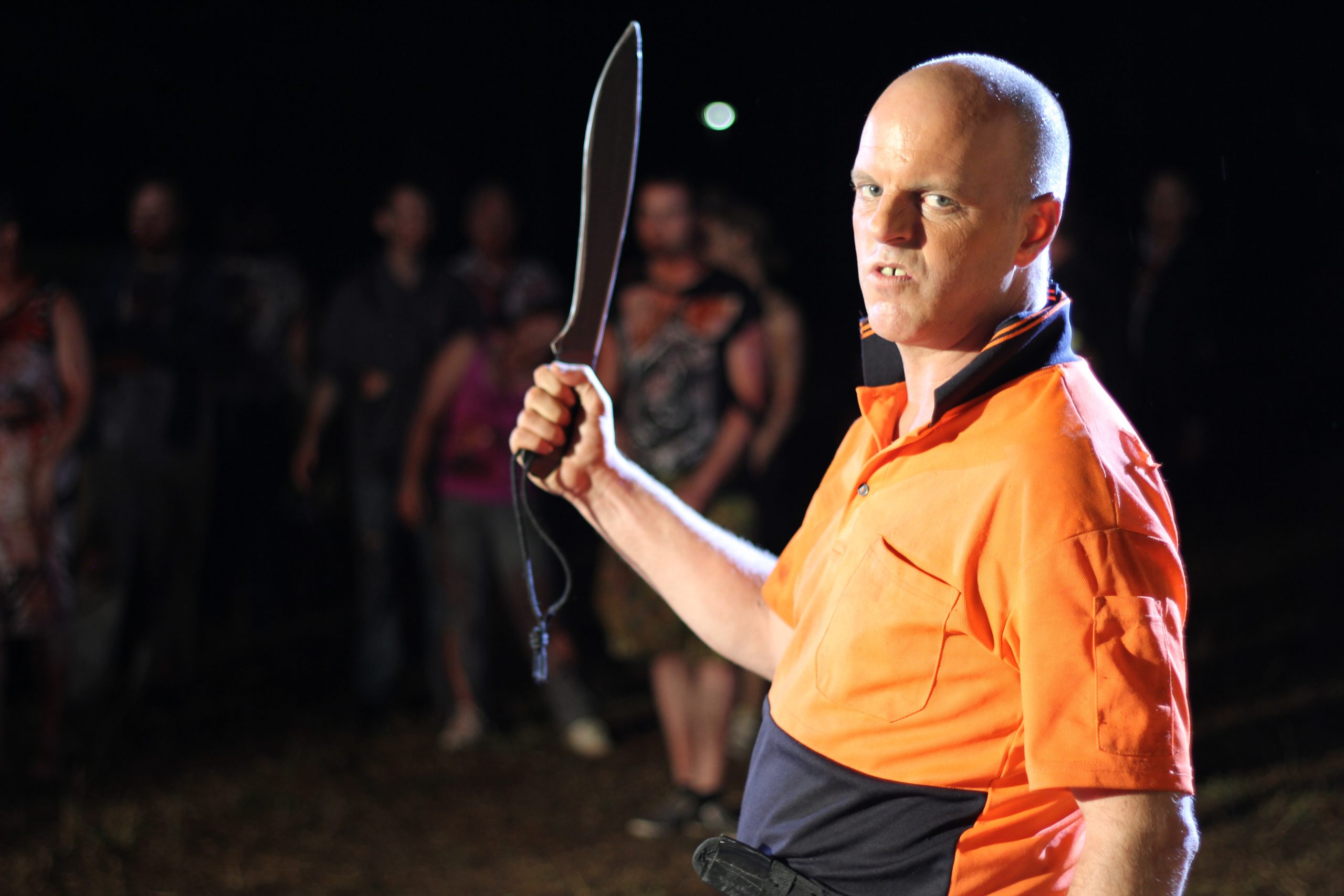 Where would you bunker down during a zombie apocalypse?

It’s an often discussed question in The Express newsroom, although distracted journalists are not the only ones preparing for the undead’s inevitable rise.

Film director Declan Shrubb reckons the secure confines of his former workplace – a telecommunications exchange – would be a safe sanctuary from the brain-hungry.

“I always thought what would it be like if the bosses at work where trapped during a zombie apocalypse,” Mr Shrubb said

“There’s quite a few security measures, card access doors, graded windows, running water and toilets, and it’s one of the places you could still have active communications.

“It’s perfect really for apocalypse scenarios, but by the same token, if the zombies ever get in, you’re screwed.”

Three years later, Mr Shrubb’s contingency plan will be put to the test against the reanimated hordes on the Morwell big screen on Monday in a one-night-only screening of ‘Me and my mates VS the zombie apocalypse’.

The Latrobe Valley’s taste for the macabre is no less; a special Morwell screening, contingent on local pre-purchased ticket sales, was quickly secured, with tickets almost sold out this week.

“It’s very cool because it empowers the fans around the country to host their own screenings. We certainly wouldn’t have been able to do it ourselves,” Mr Shrubb said.

Learning about the casting callout at a stand-up comedy performance by movie star Alex Williamson, 21 year-old Morwell resident Bill Gatt and five mates thought it would be “a pretty good way to spend the weekend”, trekking up to Canberra for a weekend of filming in early 2014.

“We went into a full makeup treatment that was awesome. It was pretty much everything you see in the movies,” Mr Gatt said.

“We had to sit down through four different rooms and processes, it took about 90 minutes to get through.

“We were in a horde scene with a massive group of zombies; it was amazing.”

“Until this the only experience I had with gore was doing small stupid things in my backyard, but on this we had full body and full head casts, so basically life-size dummies and heads that we could completely explode,” he said.

“It was a great experience; there’s nothing quite like bringing out a dummy head and shooting it with shotgun.”

For more information visit the ‘Morwell screening of Me and My Mates vs the Zombie Apocalypse’ Facebook page.