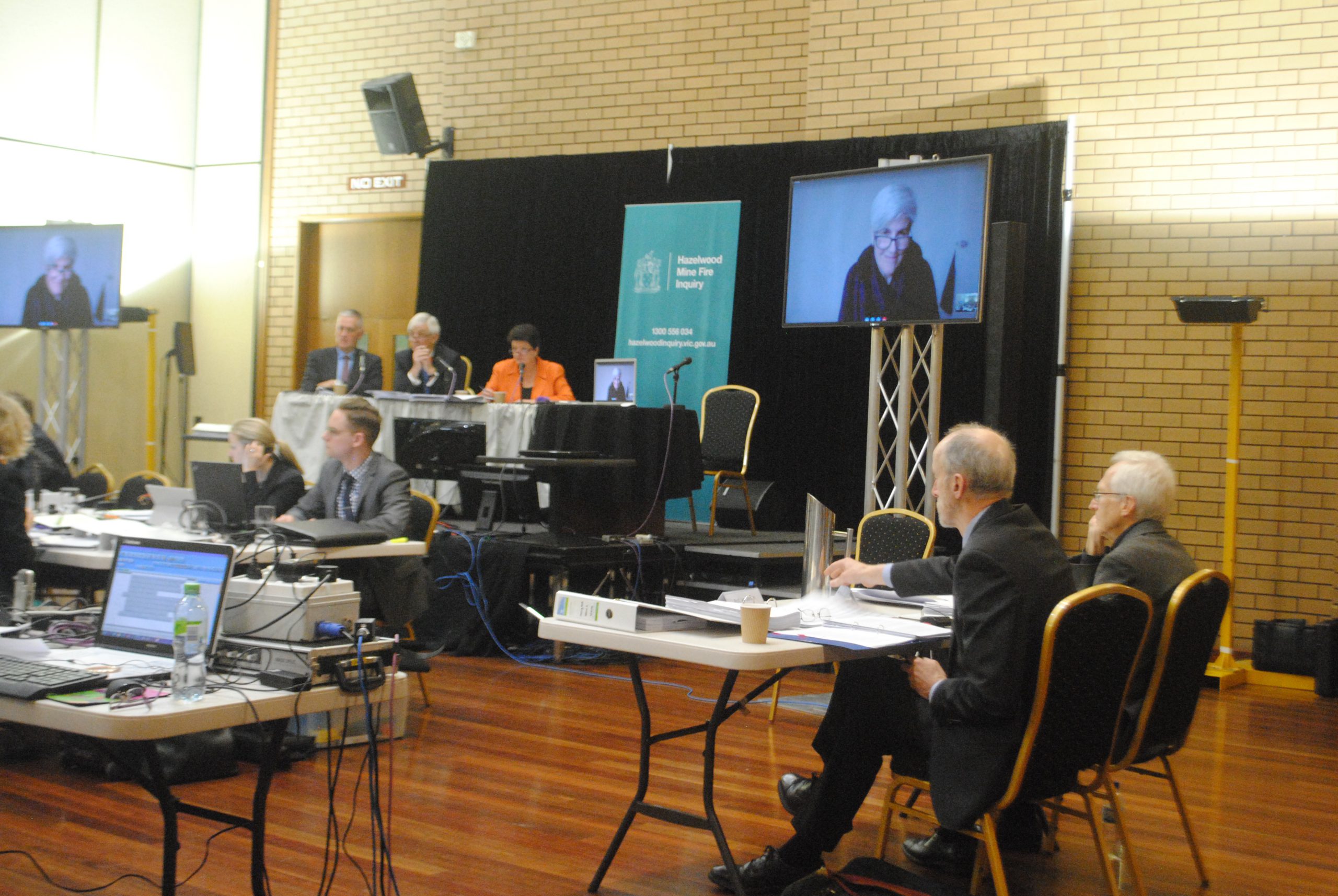 An expert report commissioned by the reopened Hazelwood Mine Fire Inquiry has found ‘moderate’ evidence for an increase in Latrobe Valley deaths in the five months following last year’s blaze.

The Joint Expert Report – which drew largely from an analysis of death certificate information correlated with postcodes data from 2009 to 2014 – underwent meticulous scrutiny at the inquiry on Thursday.

The statistical analysis found only ‘some’ evidence – later clarified as ‘weak’ by an expert epidemiologist – death rates during the fire (February and March 2014) were greater than the overall mortality increase from February to June.

During an exhausting line of questioning, counsel assisting the inquiry Peter Rozen asked each expert in turn a key question in black and white terms.

“The joint report offers four possible explanations of environmental exposure which might have led to increased mortality. Did the mine fire contribute to an increase in deaths?” Mr Rozen said.

While acknowledging evidence for the mortality increase “was not strong”, Professor Armstrong said air pollution would be the “most likely” explanation of any extra deaths.

“One could put forward that most likely that increase – if one occurred – was due to an increase of particulate pollution in the air during that period, most likely due to the mine fire and added to by bushfires at the same time,” Professor Armstrong said.

“I would just like to say we made our best estimate using different methods and different judgements and assumptions,” Dr Flander said.

Some experts noted limitations in the data used to form the report – restricted to general ’cause of death’ information listed on death certificates – acknowledging a deeper analysis of short term deaths, which will be performed as part of Monash University’s long-term health study, was required.

The panel’s analysis of emergency department statistics during the fire found admissions for all conditions were more frequent than the same period in 2013.

However the report found statistical evidence for increases for respiratory and cardiovascular diseases over the same period – assessed individually – was weaker.

Drawing from “crude mortality data”, the Joint Expert Report found the mortality rate in Morwell remained unchanged- the locality closest to the mine fire.

“However this conclusion does not take account of evacuation of some residents from Morwell during the period of the mine fire, which might explain the lack of observed increase in mortality.”