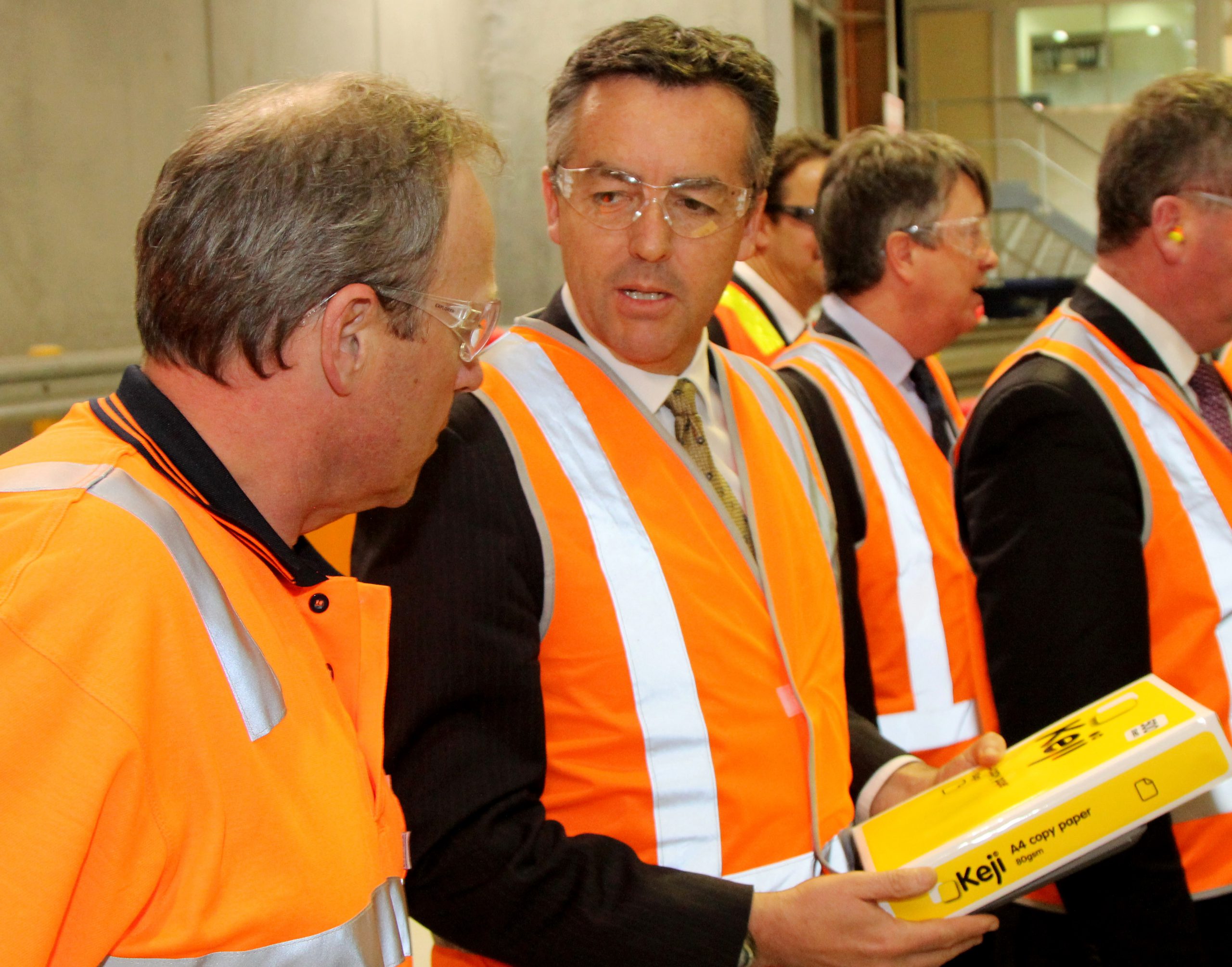 ALMOST all the paper used in Gippsland politicians’ offices is made in the Latrobe Valley, but no local MPs are using 100 per cent recycled paper.

Several local MPs this week called for a cultural change in government departments towards using Australian-made paper, but stopped short of supporting the use of 100 per cent recycled paper.

This follows revelations made last week the Federal Government no longer has in place guidelines to ensure 100 per cent recycled paper is being used in its operations, despite supporting a $90 million de-inking and recycling plant at Australian Paper’s Maryvale site.

The Construction, Forestry, Mining and Energy Union wants the government to mandate the use of 100 per cent recycled paper in its offices, and fears the decision to not do so will put the future of the Maryvale mill at risk.

Both Member for Gippsland Darren Chester and Member for McMillan Russell Broadbent said they had written to all Federal Government departments about their procurement practices, urging them to support Australian-made paper rather than imported products.

Mr Chester said just a quarter of his government’s departments used Australian-made paper and described this as “unacceptable”.

“All Australians must understand that jobs of workers are placed in jeopardy every time they source paper from a foreign location,” he said.

Mr Broadbent echoed those sentiments, saying the future of the timber industry was being undermined by purchasing policies “that fail to consider the benefit of buying local”.

“For me the buy-up of the Australian product makes good environmental, social and economic sense,” he said.

“Although the overseas product may be cheaper, its purchase does not guarantee the success of our local communities.”

Under guidelines contained in the Information and Communication Technology Plan 2010-2015 adopted by the previous Labor Government, departments were to use 100 per cent recycled paper by 1 July this year, a commitment that played a role in Australian Paper’s decision to build its recycling plant.

The current government no longer follows these guidelines after the plan recently lapsed.

Labor candidate for McMillan Chris Buckingham claimed the government had reneged on an undertaking to purchase 100 per cent recycled paper.

“There is no excuse for the government not buying Australian when a local manufacturer provides the best value for money, which is certainly the case with Australian Paper’s investment at Maryvale,” Mr Buckingham said.

He called on community leaders to work together to ensure government support for Australian Paper.

At state level Member for Morwell Russell Northe yesterday asked for the government to provide figures on its usage of Australian-made paper throughout its departments and agencies.

He also committed to writing to all Victorian state MPs to ask them to consider buying Australian-made paper for their offices.

“It really is a source of frustration for me personally and for a lot of the workers and community generally,” Mr Northe said of the practice of considering cheaper imports rather than local products.

“We need to be making sure that departments and agencies and the community as a whole use Australian-made paper, particularly recycled paper, and making sure all consumers are conscious of the fact of supporting locally-made products, which in this case are produced in our own backyard.”

According to its website, Australian Paper currently sources 97 per cent of its wood from forests certified by either the Forest Stewardship Council or the Australian Forestry Standard, which is “significantly greater” than other paper manufacturers overseas.