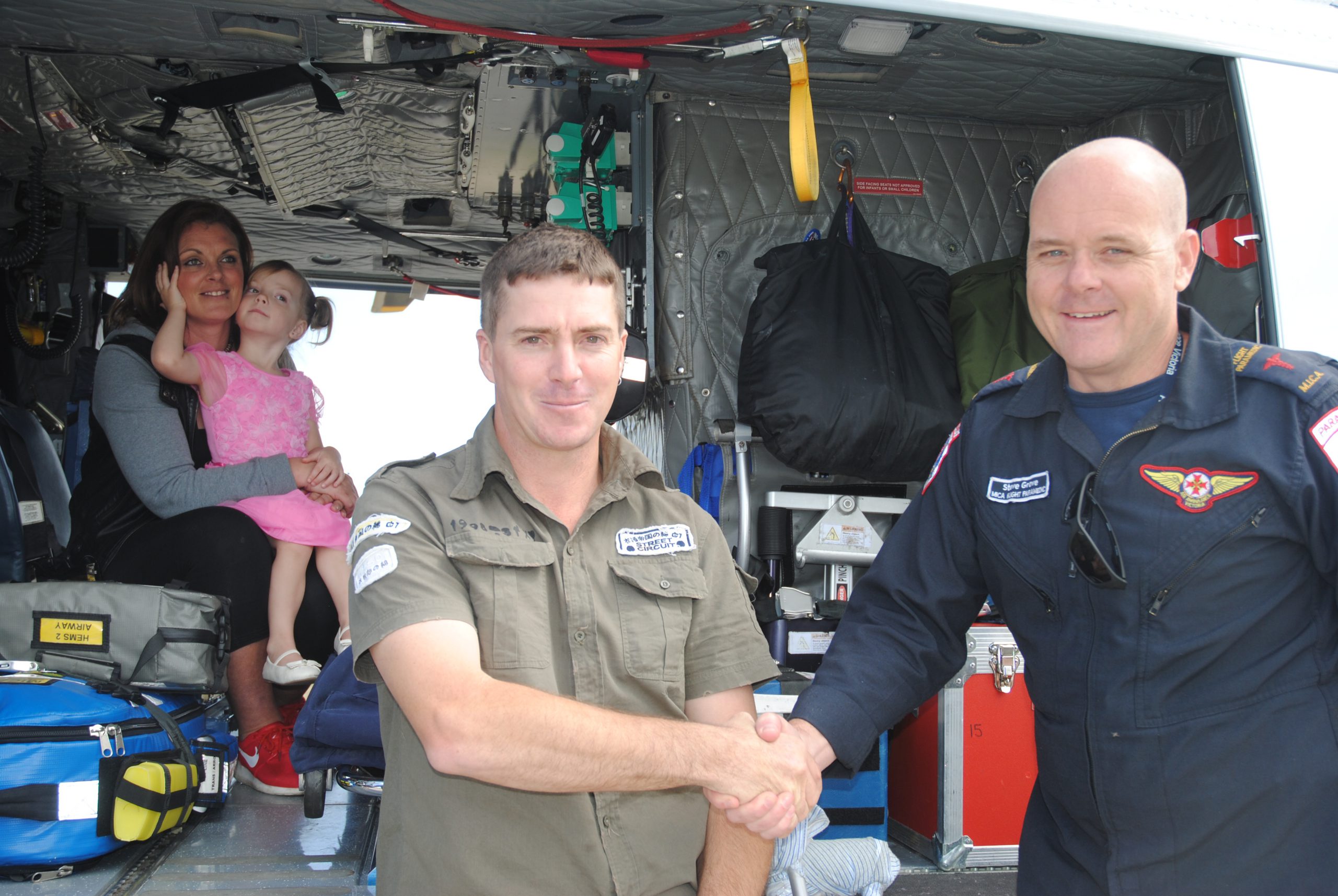 In the eyes of Ambulance Victoria, Traralgon’s Neil Marriott is a ‘pin-up boy for survival’.

The 33 year-old deer hunter was winched to safety by air ambulance paramedics from Traralgon after breaking his ankle in the high country last month – the swift rescue attributed to his preparedness.

Neil set off on 19 September at Snowy Bluff, about 30 kilometres north of Licola for a solo hunt.

The next morning in steep terrain, his ankle was broken and fibula fractured.

“I think my foot just gave way and in steep country I had probably a 30 kilogram backpack on… so it just went,” Neil said.

With no phone reception and unable to contact anyone on the UHF radio, Neil set off his EPIRB (Emergency Position Indicating Radio Beacon), which alerted Australian Search and Rescue.

“It was my last option so I used it,” Neil said.

He made his way to an open area where he knew he could be sighted by the air ambulance and in 45 minutes, they arrived to winch him to safety.

“The main thing is that a registered EPIRB is GPS coded, so we know straight away who he is, where he is and what the likelihood of the situation is,” MICA flight paramedic and member of Neil’s rescue team, Steve Grove said.

“We were able to fly straight to the scene, we don’t have to wait for multiple satellite passes to pass over him to give us a position.

“When the helicopter was getting close we dialled up the UHF radio channel we knew Neil was using to say we were approaching. We said, ‘Neil, this is HEMS 2’ and he came back straight away with, ‘Yeah boys, I’ve got you’.

“We would regard Neil as the excellent way to be rescued, he’d done everything 100 per cent correct.”

Neil’s wife Tracy was contacted by authorities to inform her Neil’s EPIRB had been set off.

“I burst into tears,” she said.

“I know he wouldn’t have been lost and I knew that he would have had to have been pretty hurt to set the EPIRB off.”

Tracy said Neil was always well-prepared when going on solo hunts, leaving her a map and marking where he’s visiting.

“I’m glad he bought the EPIRB,” she said.

Buy an EPIRB and register it with Australian Search and Rescue

Tell someone where you are going, what time you will be back and leave them a map of your planned route

Take a colourful item of clothing such as a hat, t-shirt or scarf so you can be easily identified

If you are injured, make your way to higher ground if possible

If there is a log book or similar at your departure point, fill it in with your details, expected return time and emergency contact