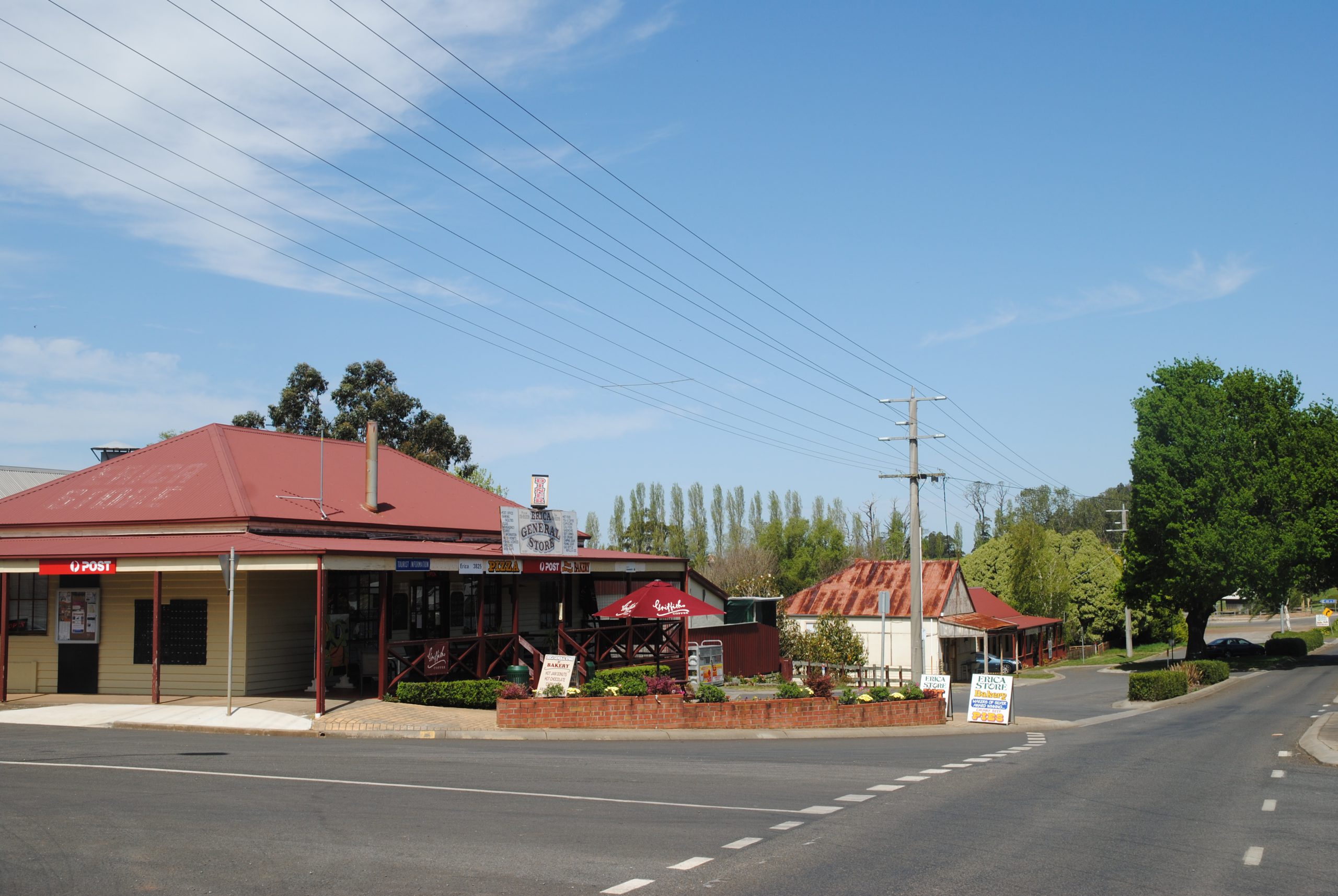 WALHALLA’S stunning mountain setting steeped in history may get more attention from tourists, but nearby Erica has played second fiddle for far too long.

Erica residents and business owners plan to put their own town on the map and want visitors from the Latrobe Valley to make it a destination rather than just a short stopover on the way to Walhalla or the alpine resorts.

Recent wins for Erica General Store at the Great Aussie Pie Comp and an appearance on breakfast television program Sunrise at 1914 Cafe and Bar have given the tiny town some new-found national fame, and it’s set to capitalise even further.

Next week the Melbourne Cup trophy will visit Erica and later in the year a major new arts, crafts and produce market will be launched, a first for the town.

Erica Development and Progress Association member Rae-Anne Vincent hopes the recent attention will encourage people to make the 15 to 20 minute drive from the Latrobe Valley to visit Erica and surrounds and stay in the town.

“I want people to see Erica as an alternative, rather than be stuck down in the Valley with the heavy fog in the morning, we’re higher up so we wake up to brilliant sunshine,” she said.

“You can feel the difference in the air as you’re getting higher.

“We want people to stop (in Erica), we want them to appreciate what Erica’s got.”

From its accommodation and food options to its nearby walking and mountain bike tracks, Erica has plenty to offer visitors.

Ms Vincent wants to position the town as the “hub of the wheel” in the Mountain Rivers district.

In Erica there is the Bushman’s Museum at the hotel, the pavilion and oval which honour the town’s timber heritage, and a rail trail that starts in Erica and winds its way down to Thomson River Station on the Walhalla Goldfields Railway.

The local produce is also becoming renowned, with Ms Vincent laying down a challenge to fellow Baw Baw Shire town Thorpdale, over its potatoes.

“I know Thorpdale’s got their potato but I reckon we should have a Thorpdale versus Erica potato competition because the potatoes up here are just terrific,” she said.

It’s not only the potatoes.

A three-fold increase in sales over AFL grand final weekend kept him and wife Annette busy.

“Business has gone through the roof,” Mr Amy said.

“We sold out (last weekend), we had four or five pies out of the nearly 600 that we made. You couldn’t move in here.”

The Melbourne Cup trophy will be on display at the Erica Hobby Horse Races and Carnival on Saturday, 17 October after visiting Rawson Primary School, Walhalla Long Tunnel Extended Gold Mine and Erica Colonial Cup Dance the previous day.

The Market in the Mountains will make its debut in Erica on 13 December and if successful will continue on long weekends.