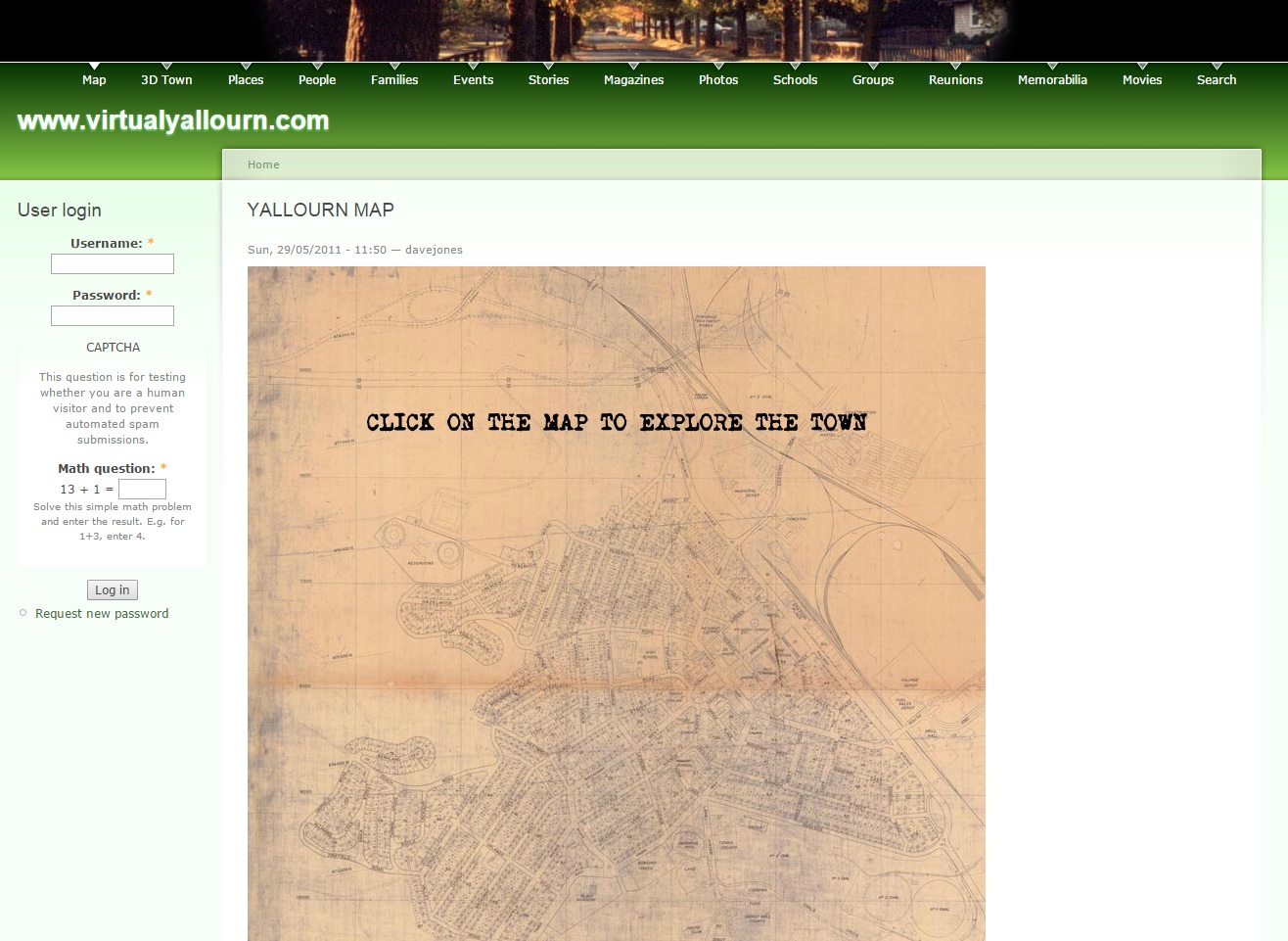 A website that digitally recreates the town of Yallourn has received a commendation in the Victorian Community History Awards.

The website, virtualyallourn.com, allows people to get an insight into how the town looked before it was demolished and is a virtual archive all can share.

“Sixty years of existence disappeared (after it was dug up for coal),” she said.

“This meant there was nowhere for ex-residents to show their children and grandchildren where they grew up.”

Virtual Yallourn goes some way towards making that possible.

It features a 3D town map and house plans with every family that lived in Yallourn in each house.

“These people can now go and view their residence, thousands of photos, live footage of Yallourn and much more,” Ms George said.

The 3D map gives users a virtual tour around the old town and they can slide the timeline to view the houses that existed in any year.

Ex-residents can contribute by adjusting the position of their house on the block, adding buildings and trees.

Another timeline to show the encroaching open cut replacing the town is currently being added.

The website was created eight years ago and is funded by local, state and federal government grants, as well as donations made by ex-Yallourn residents who are members of the association.

The association sells DVDs and memorabilia to raise money for future projects and it continues to welcome new members who can join for $10 per year.

They will receive two newsletters annually and participate in the reunions.

They will celebrate the 40th anniversary of the forming of Yallourn Association next March, and the annual Yallourn reunion is scheduled for 5 March at Woorabinda School Camp.