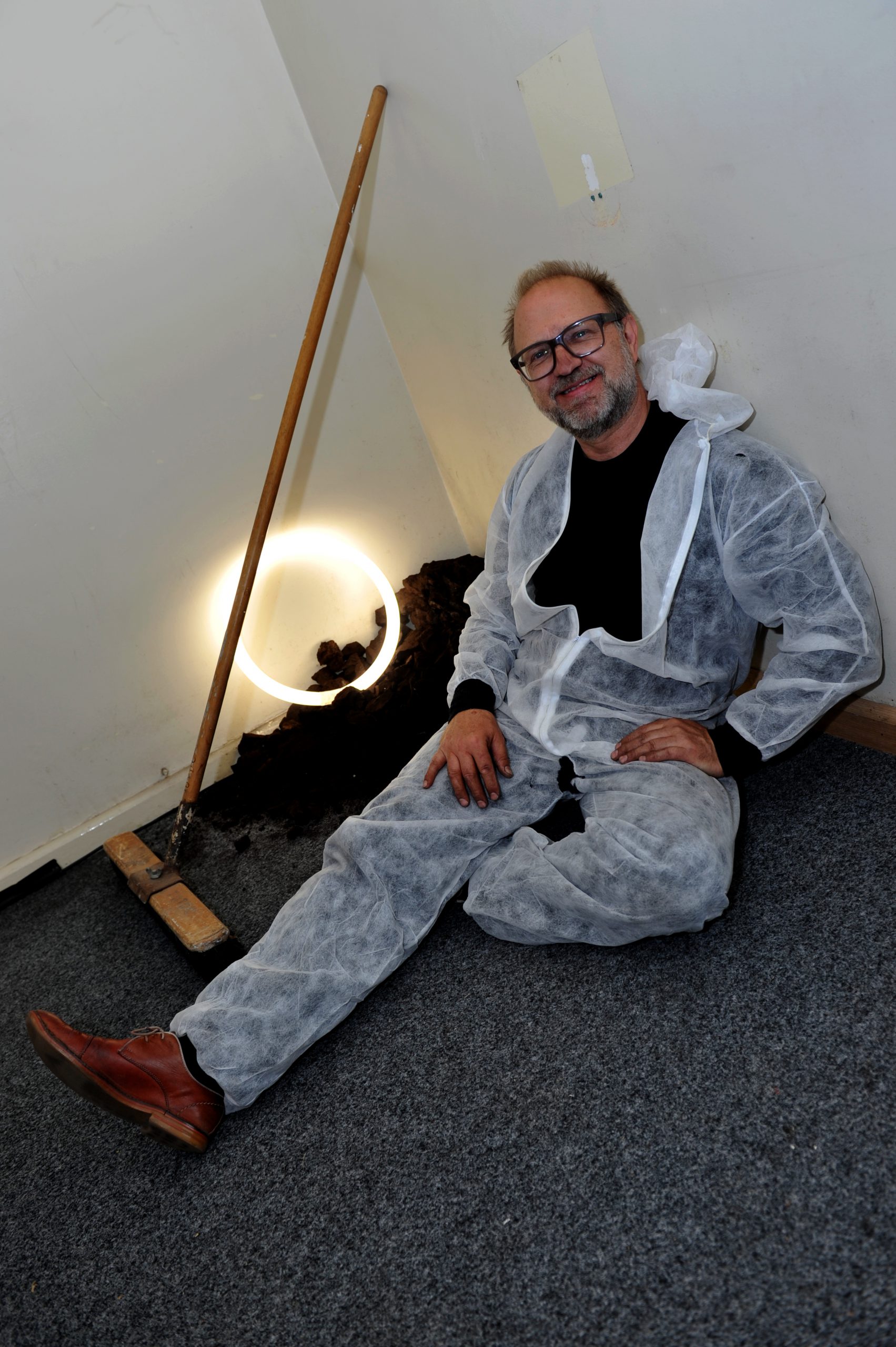 NOT all art is a pretty picture on the wall.

In fact, it can be gritty, challenging, political.

Those are the words of Melbourne-based artist Hartmut Veit, who has been using coal to highlight issues around climate change, coal mining and how people use electricity.

“And how we take material things for granted,” Mr Veit said.

“People vilify the material, but it is actually how people use the material that causes the damage.”

As part of performances and an art installation at the weekend, Mr Veit physically swept coal dust from public spaces in Traralgon, portraying how “coal has a life of its own”.

He called on the community to help him leave the “public space cleaner than it was”, hoping for people to engage with his work.

He recognised his art form may cause debate, but said he didn’t want everyone to agree.

“Coal is a very political material, so when you work with it, it brings up all these issues,” he said.

Mr Veit grew up in different mining communities across the world, as his father was a miner, and hopes to base himself in a Morwell studio.

He is working towards a PhD with the Victorian College of the Arts, studying the “layered and complex” themes of coal.

Currently travelling between Melbourne and the Latrobe Valley, he plans to make the city population care about the “issues people of the Valley face”.

“A lot of people talk about coal, but never really engage with it in the way I as an artist do,” he said.

“People are often surprised to see coal and it astonishes me.

“At the same time I am trying to get them to think and question some of their assumptions.”

He invited people to walk over the scattered coal dust, or Black Carpet as he named it, while two rooms of the VRI Hall featured coal paintings and coal light installations.

“It (coal) is not a black and white thing – it is enormously useful and has really given us the lifestyle and affluence we have had, but we can’t continue to do this,” Mr Veit said.

“People are discussing fossil fuels and carbon and the people in the Valley are at the forefront because the mines may close.

“I really just want to find out what people think of coal, how it’s affecting their lives.”