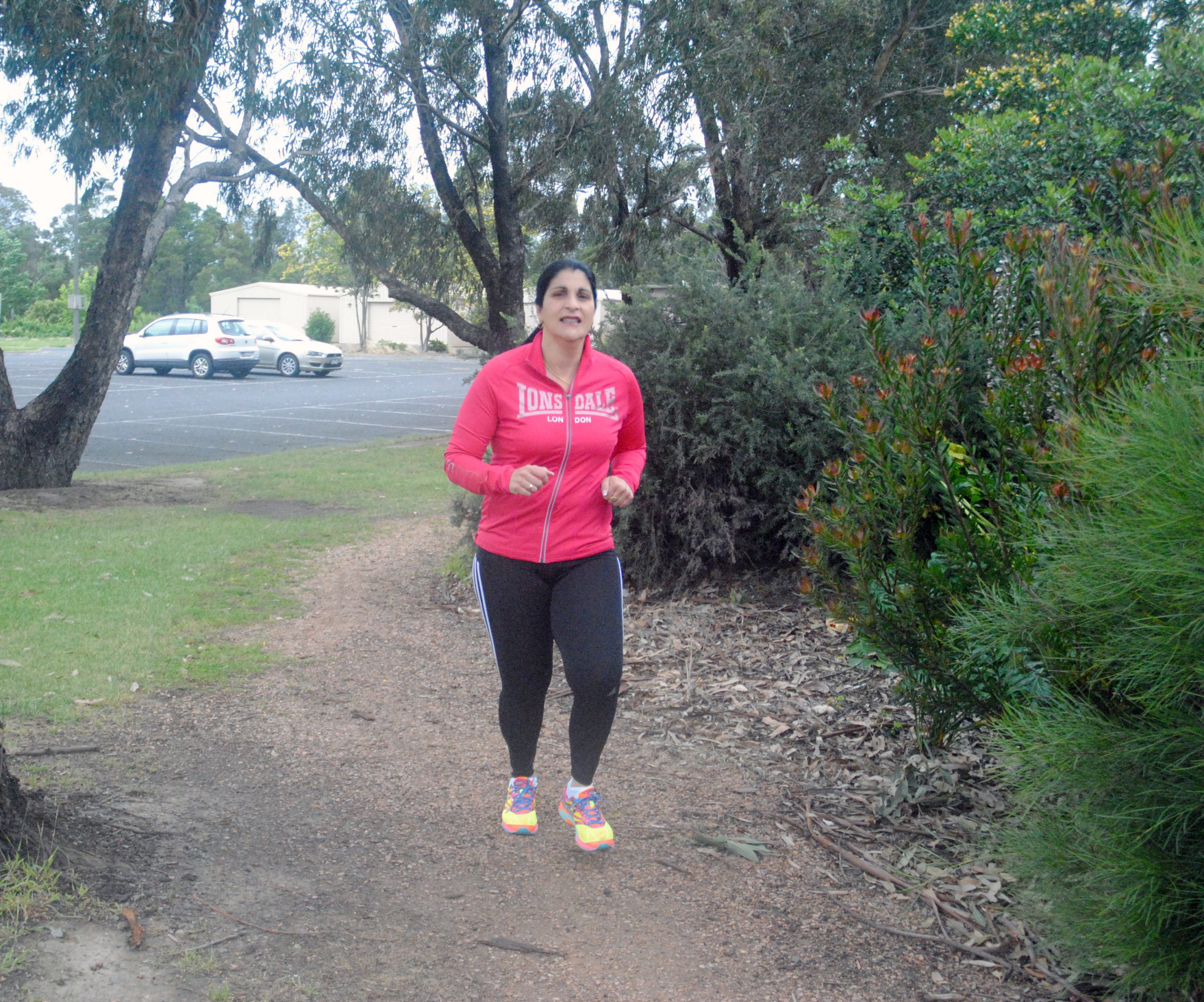 BRIGHT and early Sunday morning Traralgon’s Teresa Pugliese will don her sneakers and join 7000 women as they turn the St Kilda foreshore into a sea of pink.

Teresa will brave the morning chill and run 10 kilometres across the beachside suburb for the annual Sussan Women’s Fun Run, raising money for breast cancer.

The third time she has completed the charity event, Teresa said she had always supported worthy causes or charities.

“I’m really proud to be running in the BCNA (Breast Cancer Network Australia) Pink Lady Team and have been blown away by the generosity of my supporters along the way,” she said.

Teresa has raised more than $1100 through her personal networks and work colleagues, with fundraising efforts including a cake stall and silent shoe auction.

She said the cause was personal, with both her mother and cousin having battled thyroid cancer.

“You can’t help but be touched by cancer,” Teresa said.

“It’s extremely daunting having your mum go through a routine surgery and for them to discover cancer.”

Her mother and cousin have both overcome the disease, while Teresa herself has undergone thyroid surgery.

“I would have loved to have done a fun run for thyroid cancer to show my support for what my family went through, but I haven’t heard of (such an event),” she said.

“But my boss is a breast cancer survivor; it (cancer) affects everyone.”

Teresa said she had also lost colleagues to the deadly illness.

Previously wanting to tackle the 21km event but having to “scale it back” due to injury, Teresa said she would be back again next year.

“Maybe next year I’ll tackle the half-marathon,” she said.

The annual Sussan Women’s Fun Run is a women’s only event consisting of distances of five or 10km, or a half marathon.

There is also a 500m mini fun run for ages four to seven.

All money raised goes to BCNA.

For more information on visit www.sussanwomensfunrun.com.au

Donations can also be made year-long at www.bcna.org.au/donate/make-a-donation