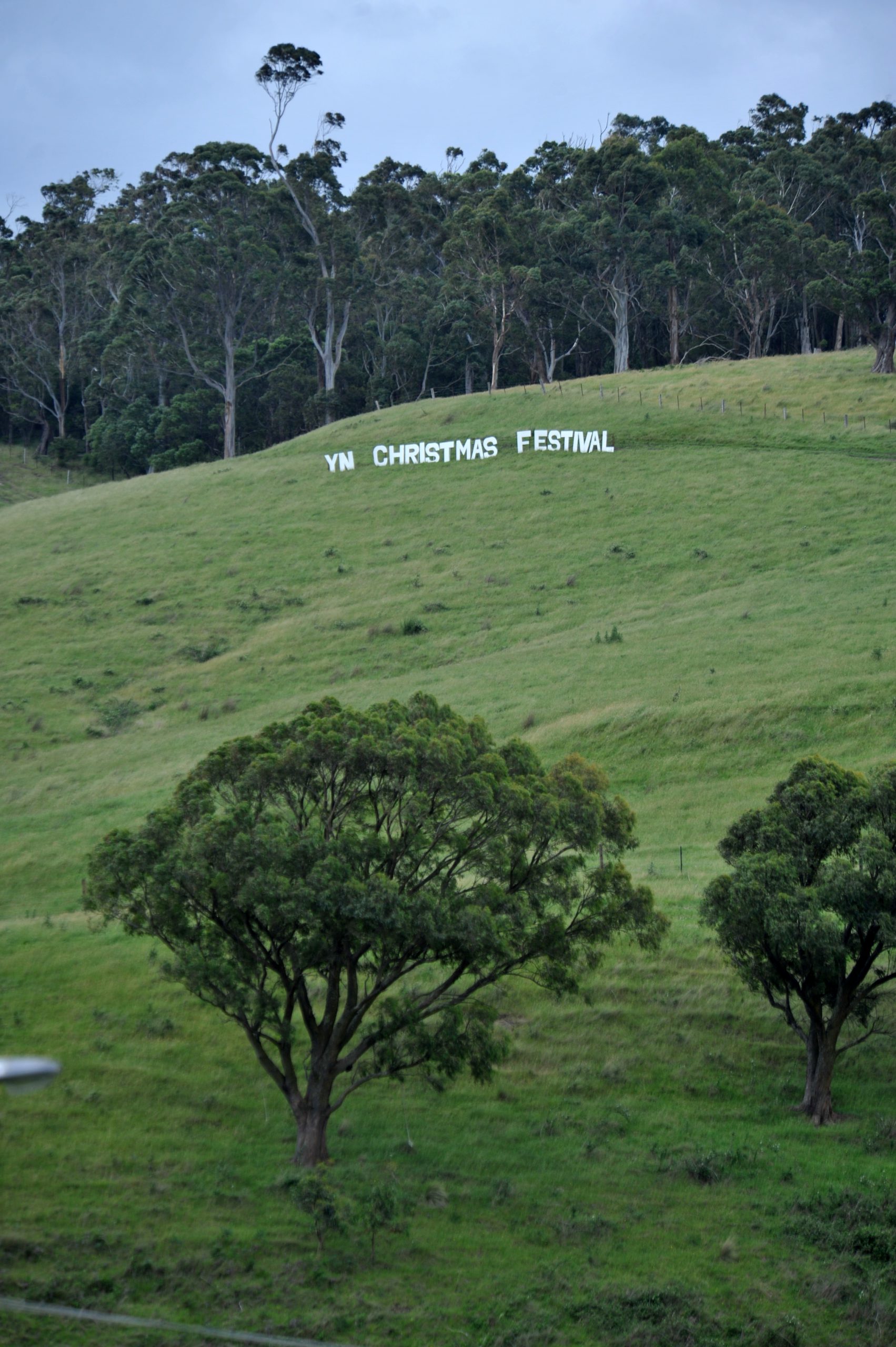 LETTERS to rival the famous ‘Hollywood’ sign have appeared on the hills behind Yallourn North.

Residents returned home on Thursday to discover ‘YN CHRISTMAS FESTIVAL’ spelled out with 1.5 metre-signs, part of the promotion for the 12-day Yallourn North Christmas Festival, which kicks off tomorrow.

Festival organiser Gabrielle Quine said reaction to the sign had been very positive so far.

“I thought it would be really good to raise a bit of excitement, particularly for the kids,” Ms Quine said.

“If they can see it’s coming, it just builds the place up a little bit and gets people interested in the town.”

The town will get into the full spirit of the festive season with the festival which will run until 12 December.

Now in its second year, Ms Quine said she hoped it would be successful and continue as an annual event.

“They’re (community Christmas celebrations) the things you remember when you get older, so we’re hoping people will enjoy it and later keep coming back with their kids (in the future),” she said.

The festival will start tomorrow with Christmas carols at Monash Hall at 7pm, followed by a Moartz play reading, arts and nibbles evening on Wednesday, 2 December.

On Thursday, 3 December there will be barefoot bowls at Yallourn North Bowling Club, a twilight market will be held on Friday, 4 December at the primary school from 4pm to 8pm, while the skate park will be the focal point on Saturday, 5 December with a scooter display and fun day.

Festival-goers will head to Halls Bay at Lake Narracan on Sunday, 6 December for a water ski club display and barbecue, while the Brown Coal Mine Museum will offer tours and morning tea on Monday, 7 December.

The Magdalene Centre community shop will start its four-day grand sale on Tuesday, 8 December, then a light lunch and fun day will be held by Yallourn North Senior Citizens at the bowling club on Wednesday, 9 December.

Walkers will set off on a Christmas light and history tour by Haunted Hills Tours on Thursday, 10 December, followed by an outdoor film and fun night on Friday, 11 December.

A trivia night on Saturday, 12 December will close out the festival.

Australian family film ‘Oddball’ will be shown, and people are being encouraged to dress up as their favourite movie character, with a prize awarded to the best costume.

“The idea is that you turn up, set your seats up at the cinema then go off and have some food and when dusk starts you come back down where the cinema will be set up and the movie will start,” Ms Quine said.

The full Yallourn North Christmas Festival schedule of events is available at yallournnorth.vic.au/events-list/ or visit www.facebook.com/YallournNorthChristmasFestival