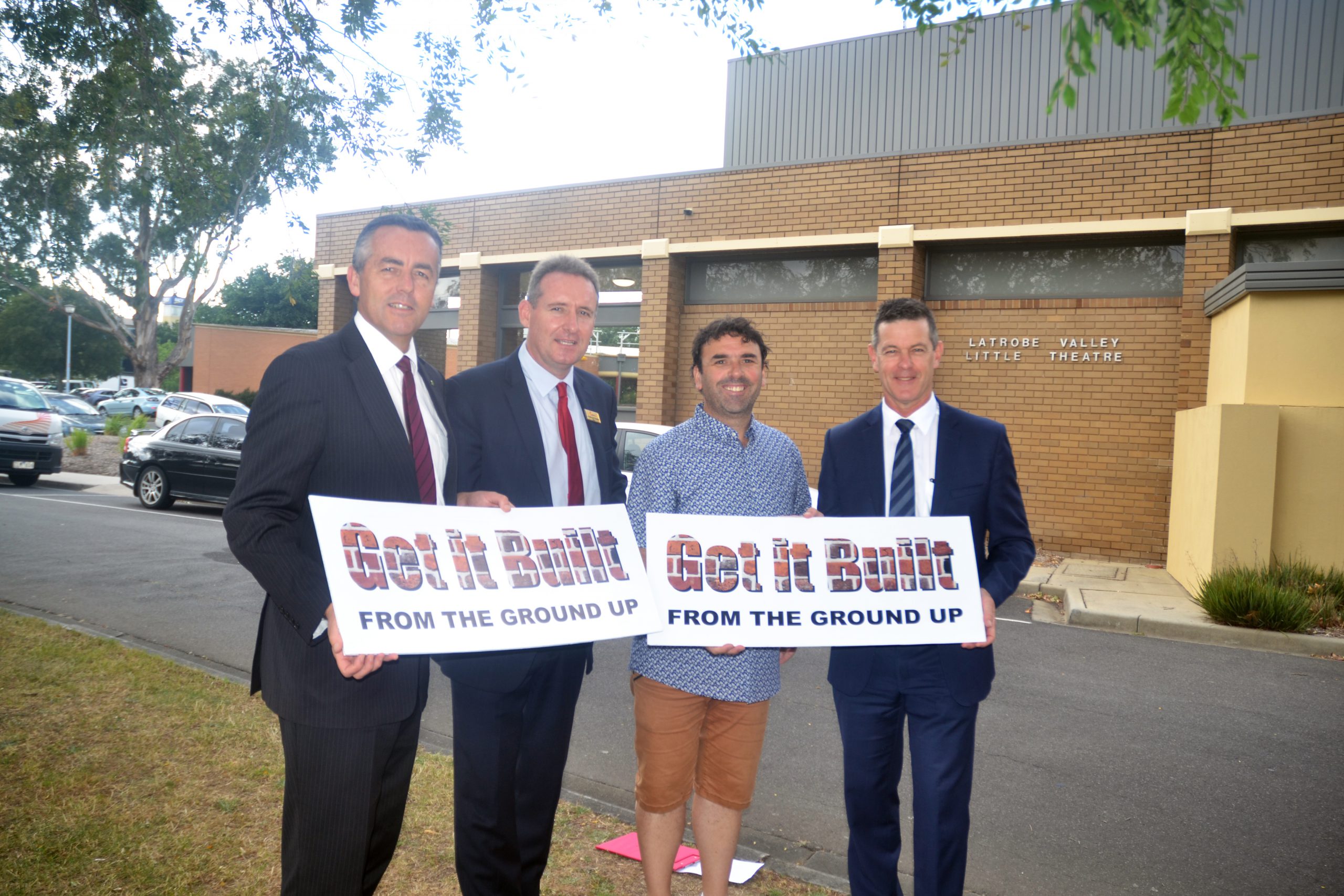 A CAMPAIGN to build a new Latrobe Performing Arts Centre is gaining momentum with three tiers of government support.

Federal Member for Gippsland Darren Chester, State Member for Morwell Russell Northe and Latrobe City mayor Michael Rossiter have pledged their support for the project, all signing up to the ‘Get it Built-from the ground up’ advocacy group.

Signing up to the group yesterday, Mr Chester said the facility was a long-time coming and it was now a case of council working with state and federal governments to get it built.

He said on a federal level, funding of about $8 million was available for the development through the National Stronger Regions Fund.

“You can’t be confident of the funding coming through, but… council will put forward a strong business plan and provide the best possible chance of funding from the Federal Government in the future,” Mr Chester said.

“We have been successful in securing two projects in Gippsland already (through NSRF) and we are working with council for the best chance to secure funding from the next round.”

The PAC is set for Traralgon, but the final location remains undecided.

“It will work well with the existing restaurant sector and hospitality trade that is already here in Traralgon and it makes a lot of sense.”

Cr Rossiter said council was committed to the centre’s development.

“All we can do is remain positive and keep trying to get this built,” he said.

“And we will keep trying.”