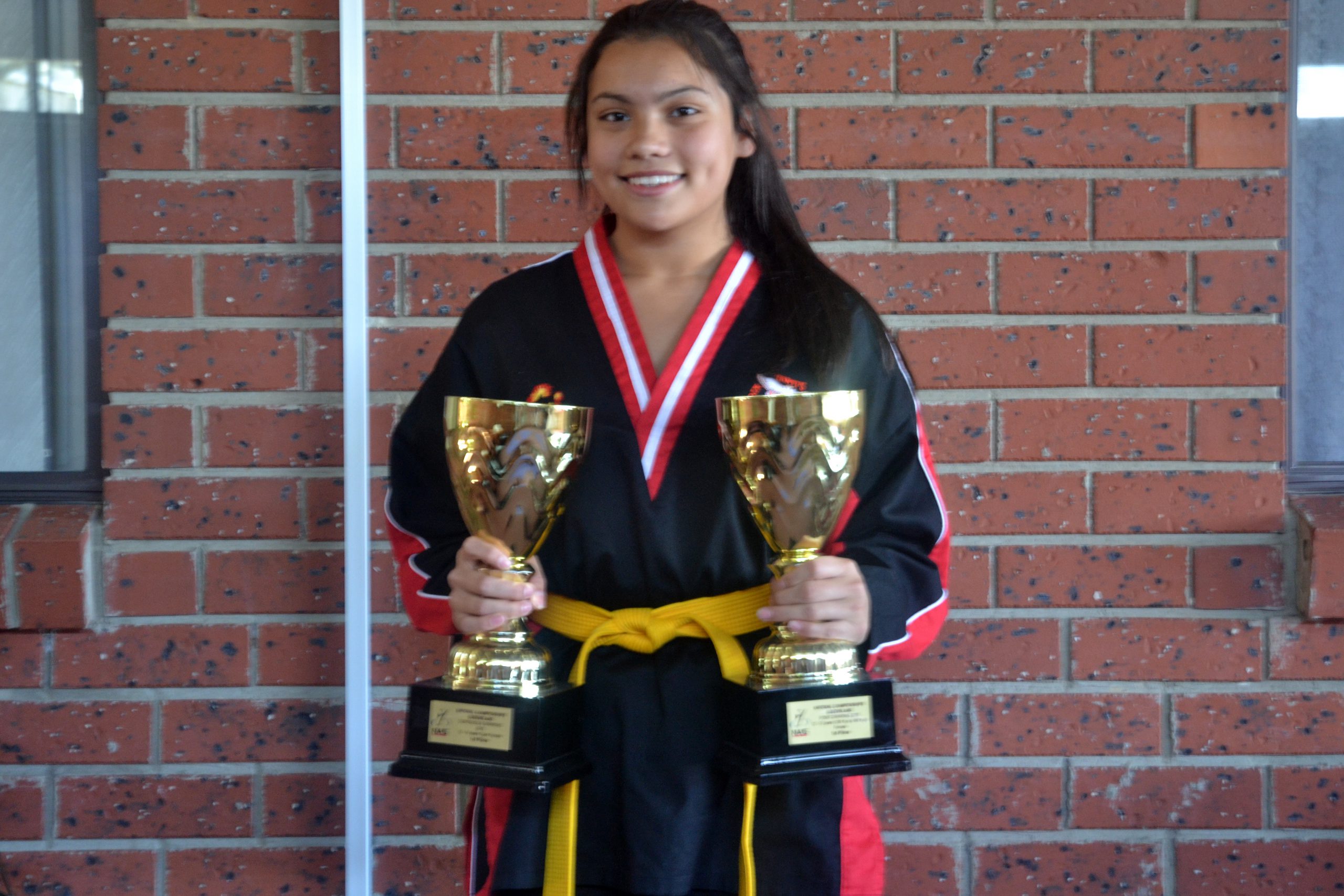 Lowanna College student Zaida Glibanovic never worried about the negative comments directed at her about being a Muslim teenager learning martial arts.

Instead, the 14 year-old focused her energy on the recent National All Styles Martial Arts Tournament at the Gold Coast where she won two titles.

Zaida bagged first place for point sparring and continuous sparring, defeating 16 other girls who came from across Australia and competed in each of the 12 to 14 year-old categories.

“Sometimes at school they kind of give me little (negative) comments and hate for doing stuff like this,” the eldest of four siblings, who all train at Tanti’s Kickboxing and Martial Arts school at Hazelwood North, said.

Zaida said people questioned why a Muslim girl like her was involved in a physical activity such as martial arts, but she had learned to let it slide.

Her journey was nevertheless challenging, as when she first began training three years ago she could not complete a single push up.

“At the time everyone was a lot more fit than me, but that motivated me more to push harder,” she said.

Her sensei encouraged her to “push further” to a point where one time she was made to do 50 push ups for not completing a “proper” sidekick.

Father Adnan Glibanovicis proud of Zaida, having won two national titles just a couple of years into her training.

Mr Glibanovic enrolled all his four children in the same club to learn self defence and develop discipline.

“They just need to know how to protect themselves so when the time comes up they can handle the situation,” he said.

“God forbid that it ever happens, but it does happen in life.”

A small gym where the children can train during their free time is now being prepared in the Glibanovic’s Yallourn North home.

Zaida said she would start training for kickboxing next year and prepare for her next competition, hoping it leads her to an overseas tournament.