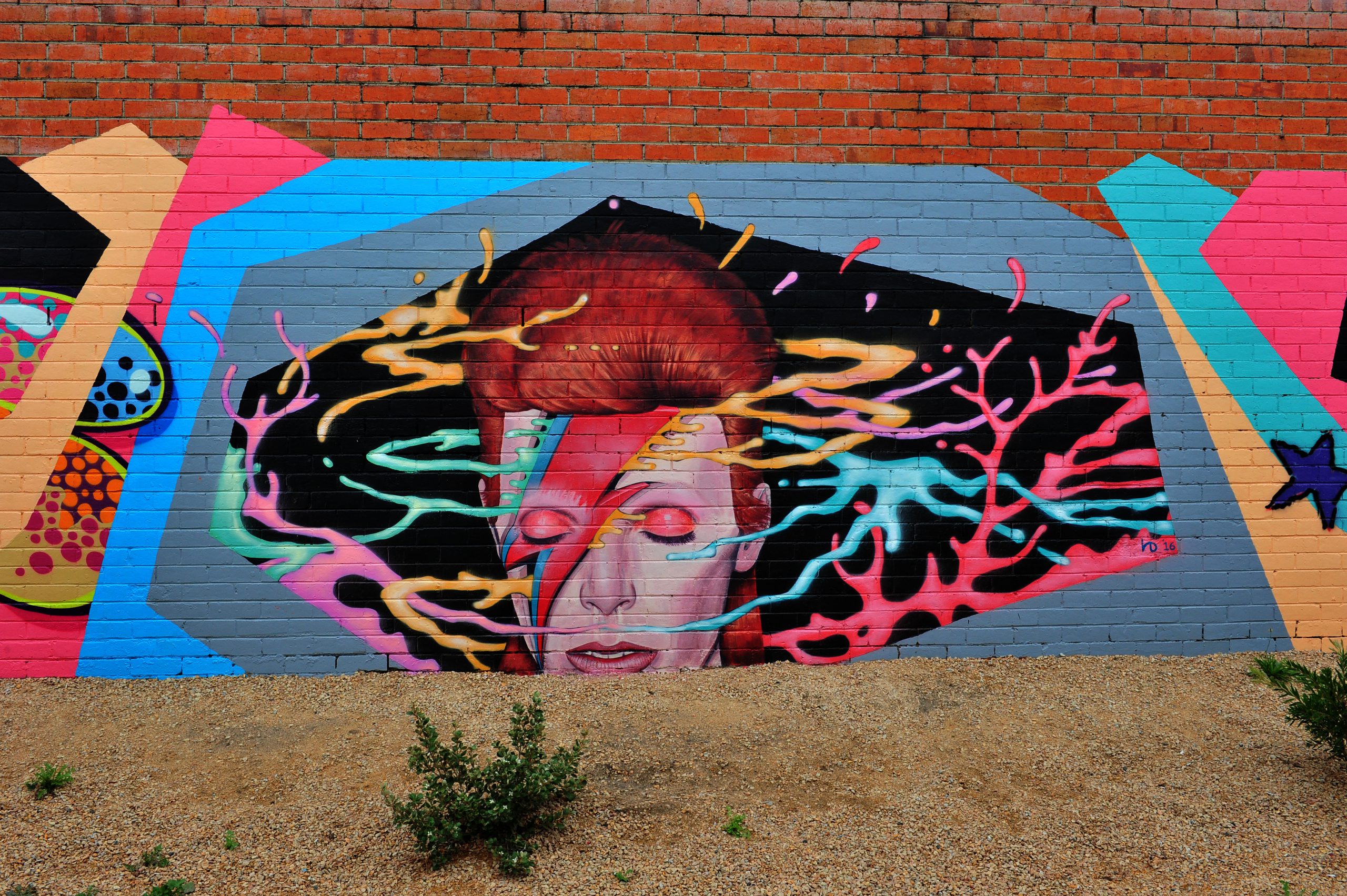 The late rock star David Bowie has been paid tribute as part of a street-art project injecting colour and intrigue in Morwell’s Buckley Street.

Mr Beckett said the image had “blown up” on social media, with so much mystery surrounding the artists behind it.

“Morwell has been great; the reaction from local residents and businesses. It makes us want to help Morwell out even more and clean up the area,” Mr Beckett said.

The Morwell artist said the David Bowie tribute would be a permanent fixture of the Cooinda Hill wall, estimating artist Dewar volunteered 28 hours to create the piece.

However, Beckett said he would continue working with GCASA to update the wall every three to six months and run workshops for young people about how to use an aerosol can as well as the rights and wrongs of graffiti art.

“It’s not right to deface other peoples’ property, street artists have rules,” he said.

“Art can steer people, physically pull people into another part of the town that they might have otherwise forgotten,” Ms Fonseca said.

“We hope other buildings will get on board and look to have more conversations.”