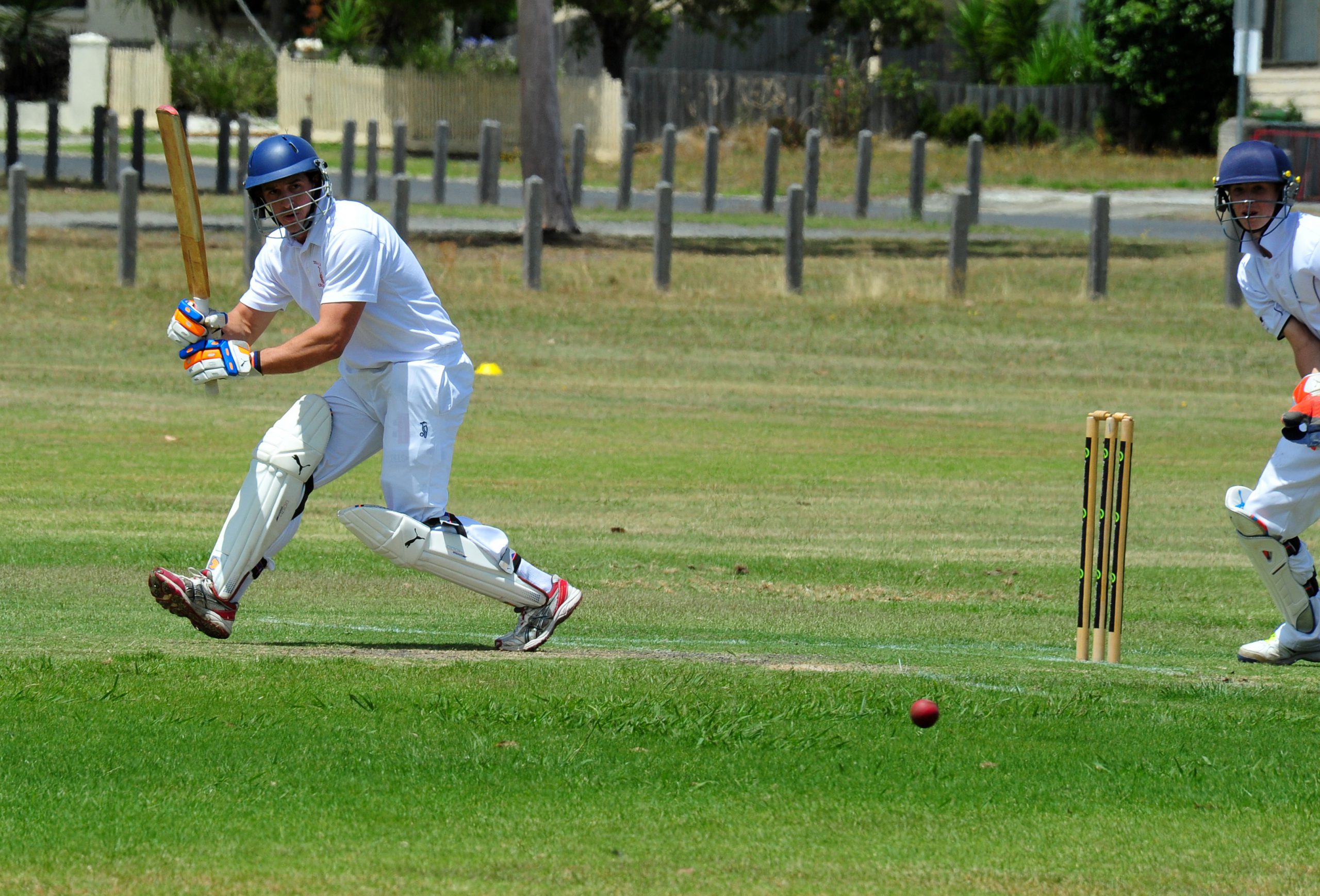 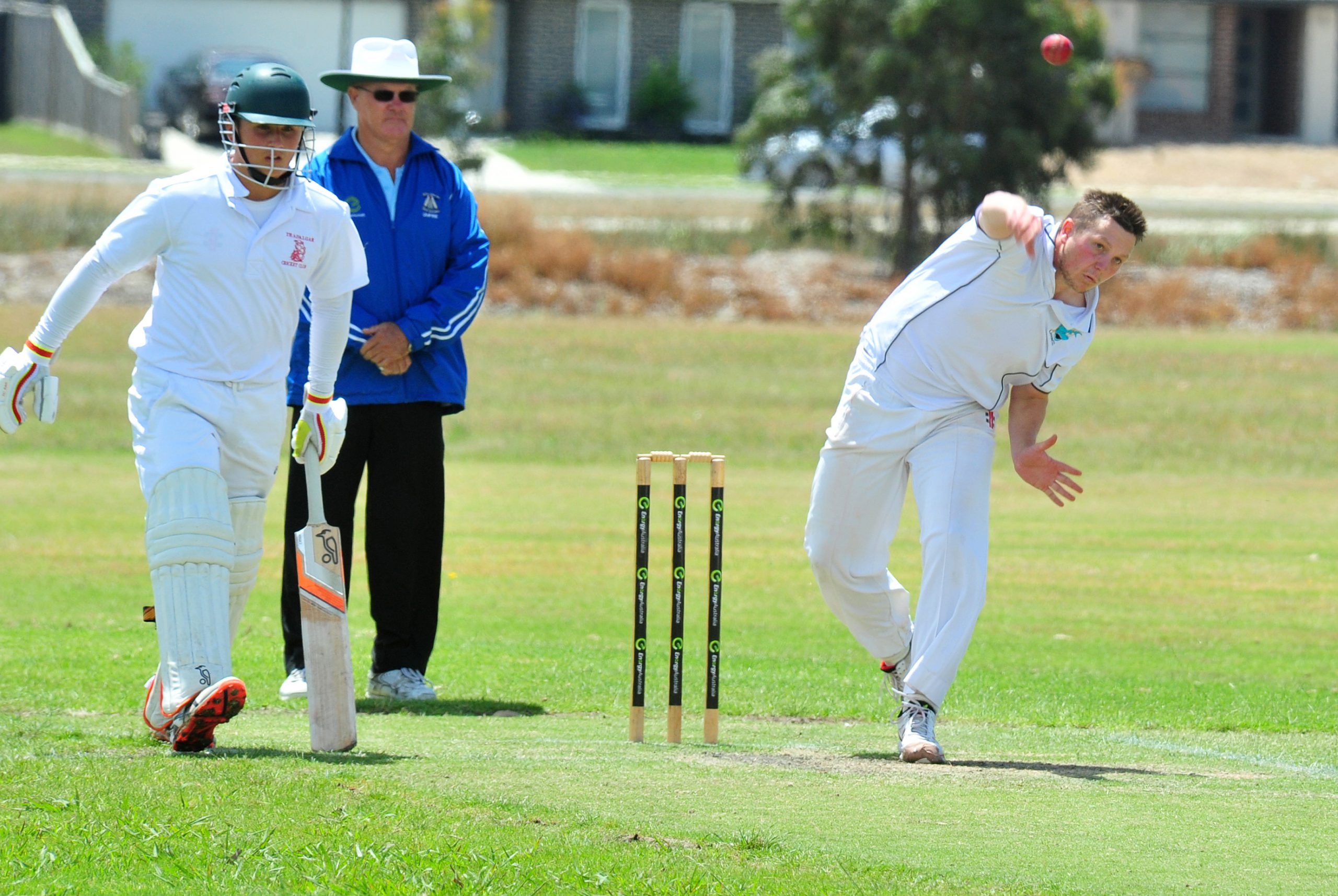 LATROBE stormed to the top of the central Gippsland cricket ladder and humiliated Trafalgar in the process in Saturday’s second day of round 11.

The Sharks sunk the Ships twice to consign them to an outright innings defeat.

Trafalgar resumed at 2/18 in the hunt for Latrobe’s 215 and Mitch Cowell secured the first breakthrough when he clean bowled Jackson Noonan.

A mixup saw John Asmussen run out for 14 and when Chris Johnson had Trafalgar captain Rhys Holdsworth caught behind, the Ships were in a deep hole at 5/39.

James Blaser came and went for 10, the only other man to reach double figures, as Tyron Gamage (2/3) and Jamie Brierley (2/26) polished off the tail.

The visitors had succumbed in just 40 overs to be all out for 68 due primarily to Johnson (3/19), but the Ships hardly helped their own cause with two runouts into the mix.

Latrobe skipper Brendan Evans took advantage by asking Trafalgar to bat again. Holdsworth altered the order with disastrous results as the Ships collapsed to 6/14 with the captain retired hurt after suffering an arm injury at the hands of Gamage.

Aiden George and Brodie Burgess endured the ignominy of a pair of ducks, while Blaser was lbw to Cowell for nought.

Holdsworth came back out to revive some pride and finished 37 not out, and Chris Robinson hit several sixes in his 34 to take Trafalgar to 95.

The resounding loss may have seriously damaged Trafalgar’s hopes of defending the title after losing 18 wickets in the day’s play.

Johnson and Cowell ran riot in the second innings, taking four wickets each to finish with seven and six for the game respectively.

Evans and Steven Freshwater picked up the other wickets to fall.

YALLOURN North was bundled out for 116 in pursuit of Morwell’s 214 with only skipper Patrick Spiteri offering much resistance.

Resuming at 3/56, the Bombers lost Stuart Anderson for just one, followed by Stephen Pearson who had been subbed in for the unavailable Evan Sheekey.

Spiteri played well for his 29, but of his teammates only Pearson (13) and Callum Polo (11) managed double figures as first innings centurion Brendan Brincat finished with 3/34.

Spinners Mark Cukier (3/21) and Riyaz Pathan (4/12) ran through the tail. Morwell then batted 17 overs to set Yallourn North a second innings target of 185, with Craig Giddens (39*) and Cukier (20*) striking them well in a 40-run partnership, while Glen Sheekey picked up two wickets for the visitors.

With 33 overs left in the day, Yallourn North needed 186 to salvage some points and they gave it a red-hot crack, with Spiteri (44) and Andrew Shaw (36) engineering a total of 6/128 at the close, staving off the outright.

Tim Dowe and Cukier shared the wickets between them as the other bowlers tried and failed to tempt the Bombers’ bats.

Mirboo North picked up just six points for the bye which dropped the former ladder-leader to third.

The all-Tiger clash next week could settle the score and may determine who finishes on top.

FIRST innings points were already in the bag as Jeeralang-Boolarra started the day at 3/102 against Moe.

The aim would have been to establish a quickfire lead before attempting to bowl Moe out again and push for an outright victory.

Kayne O’Connell and Sean Spiteri eradicated the difference before the former was caught behind off Dillon Leys, which saw Lions skipper Philip march to the crease and take control of the game.

The captain’s sparkling 113 extinguished any hope the Panthers held of pushing for outright points.

Philip masterminded the innings and his partnership with teenager Trent Baldi was decisive; the Moe junior contributed 13 runs to their union of 86.

Aaron Walshe contributed 24 as the Lions were eventually all out for 243, a massive improvement on their first-innings total.

Dillon Leys, Jacob Cecil and Ben McCormack all picked up a pair of wickets each, while Craig Blackberry and brothers Luke and Ben Heath all snagged one.

Despite missing the outright chance the Panthers catapulted themselves ahead of Trafalgar and Yallourn North into the top four.