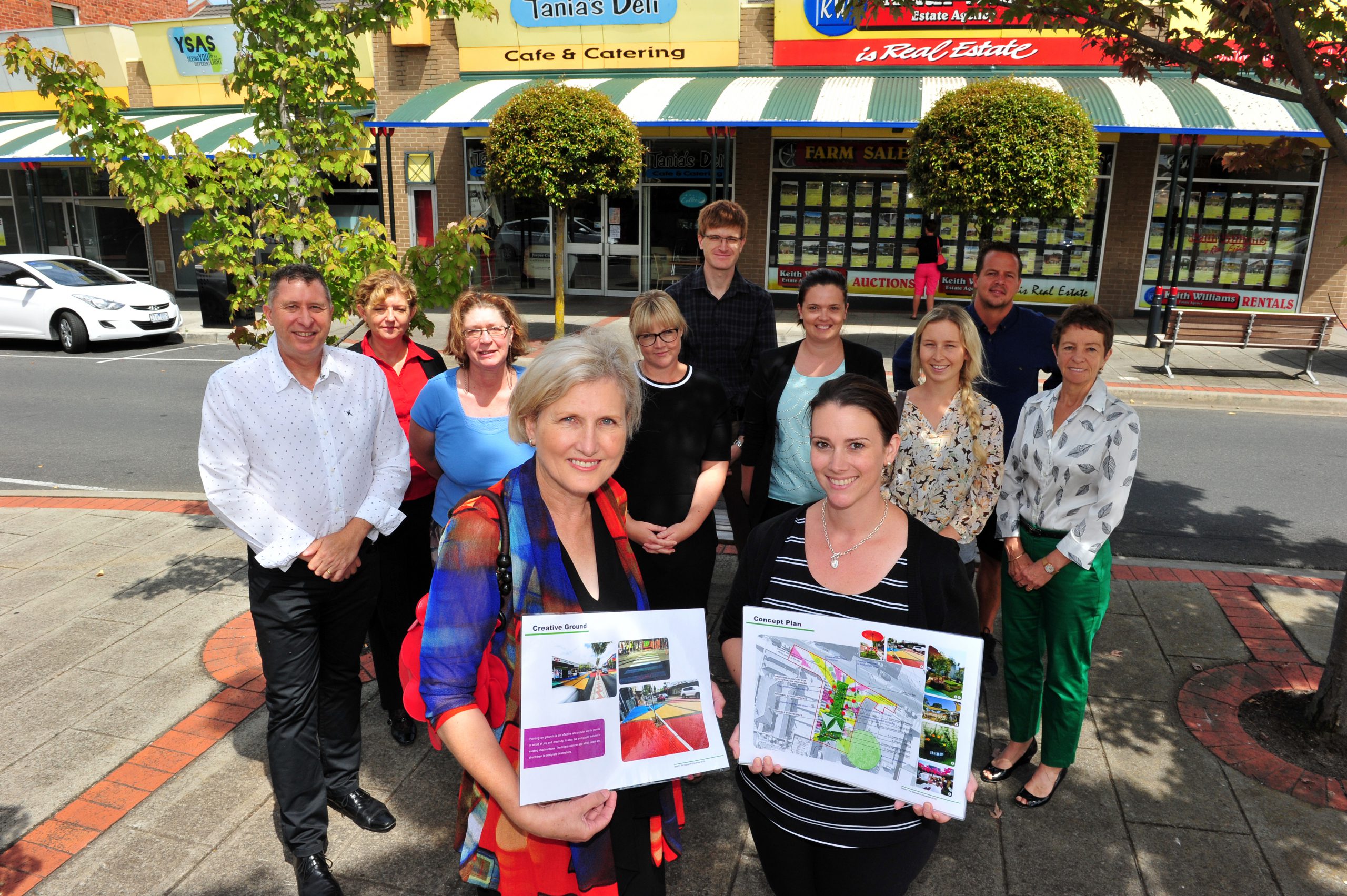 AFTER a short delay in temporarily transforming Morwell’s Tarwin Street, a pop-up park is set to occupy the space from February.

Late last year, Latrobe City councillors voted to establish a makeshift space in the town centre, with plans to encourage physical activity and bring people into the town.

Although originally slated to begin late November or early December, the VicHealth-funded project is ready to get underway.

Latrobe City councillor Graeme Middlemiss said while the project had taken a little longer than planned, he felt good weather would still enable the park’s success.

“I think it will bring a new interest, a new focus to the town,” Cr Middlemiss said.

“It is only temporary, but it will provide something a little different and perhaps spark a greater interest in the central business district of Morwell.

“The government funding is aimed at people enjoying life and certainly we’re hoping that the pop-up park does increase people’s enjoyment of the use of the CBD.”

Fellow councillor Christine Sindt also spoke positively of the park’s potential, with hopes it would promote harmony in the town.

The Tarwin Street project will be one of five pop-up spaces across the state, to be in place from next month until 13 June.

Synthetic grass, temporary landscaping, furniture and Wi-Fi will be included in the park’s formation, with major arts events and community activities planned for the area.

Council is now calling on residents to take part in a community working bee on 13 February, to help convert the corner of Tarwin Street and Commercial Road.

“Whether you’d like to paint some furniture or help with the layout and design of the space, whatever skills you have, please bring them with you and have an impact on how the park takes shape,” Latrobe City mayor Michael Rossiter said.

“This is an exciting project for Latrobe City and the working bee is an opportunity for our community to come down to the site and be part of the transformation.”

Once up and running, Circus Oz, Australian Ballet and the Arts Centre Melbourne will bring free performances to the park.

The working bee will take place from 8am until 3pm on Saturday, 13 February in the same space as the 50 Mile Farmers’ Market.