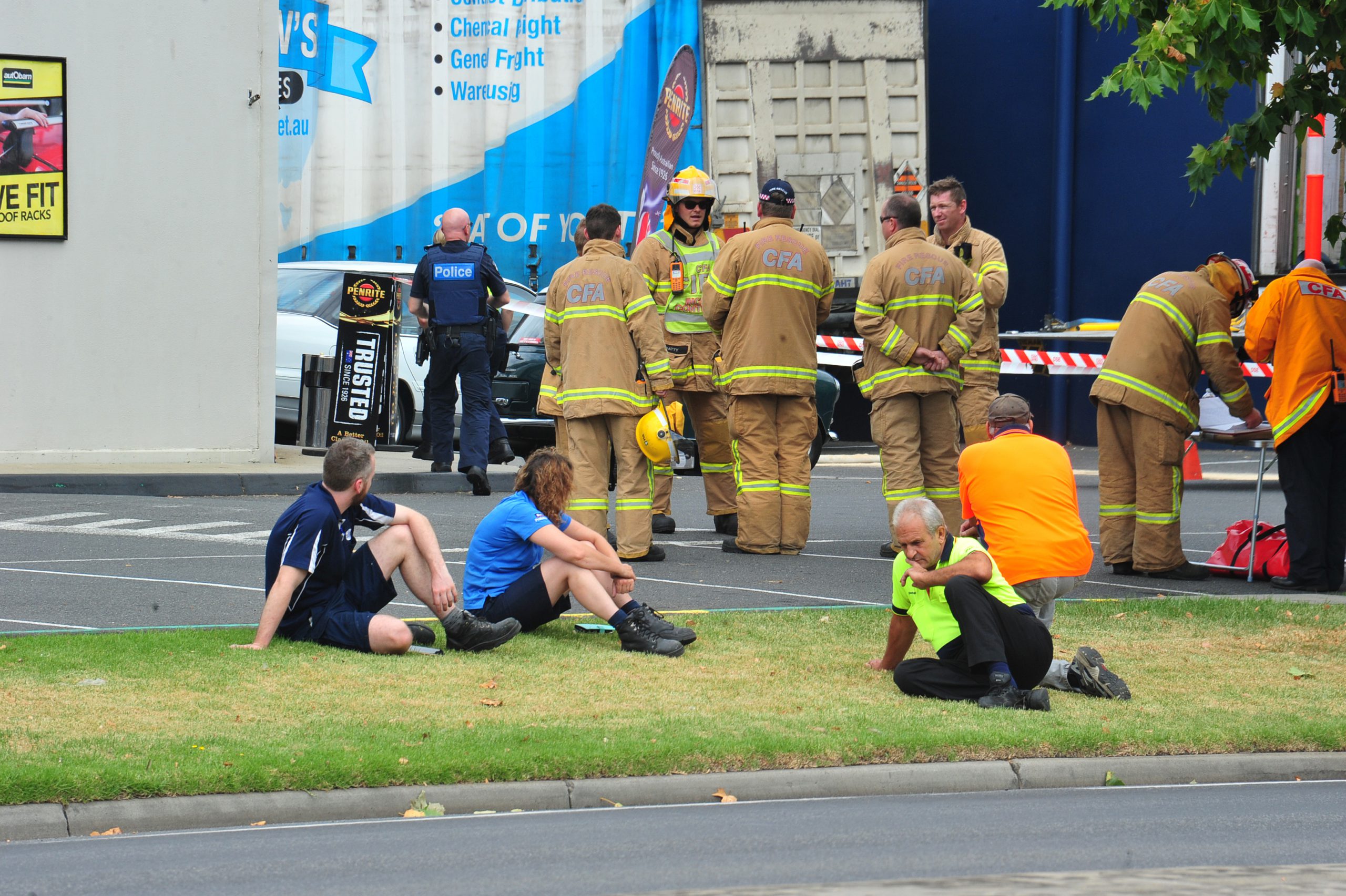 A toxic chemical spill in Traralgon took firefighters eight hours to contain in the sweltering heat on Tuesday.

An estimated 100 litres of corrosive alkaline detergent spilled from a truck between the Autobarn and Dulux stores on the Princes Highway at noon.

The HAZMAT scientific officer advised the spill needed to be neutralised using absorbents and acid.

Traralgon Fire Brigade senior station officer Glenn Ravenhall said the truck driver had made attempts to hose down the spill and sustained minor injuries and chemical burns prior to agencies arrival.

Ambulance Victoria attended the scene about 2.15pm and assessed the man’s injury, but said they did not convey him to hospital.

Mr Ravenhall said the pH at the site was regularly checked with a test strip until the area was identified as safe.

Personal protective equipment, including breathing apparatuses, also had to be worn.

“Due to the hot weather we had to rotate the crew every 20 or 30 minutes. Logistically it was tricky to manage,” Mr Ravenhall said.

The spill was declared safe at 8pm on Tuesday.