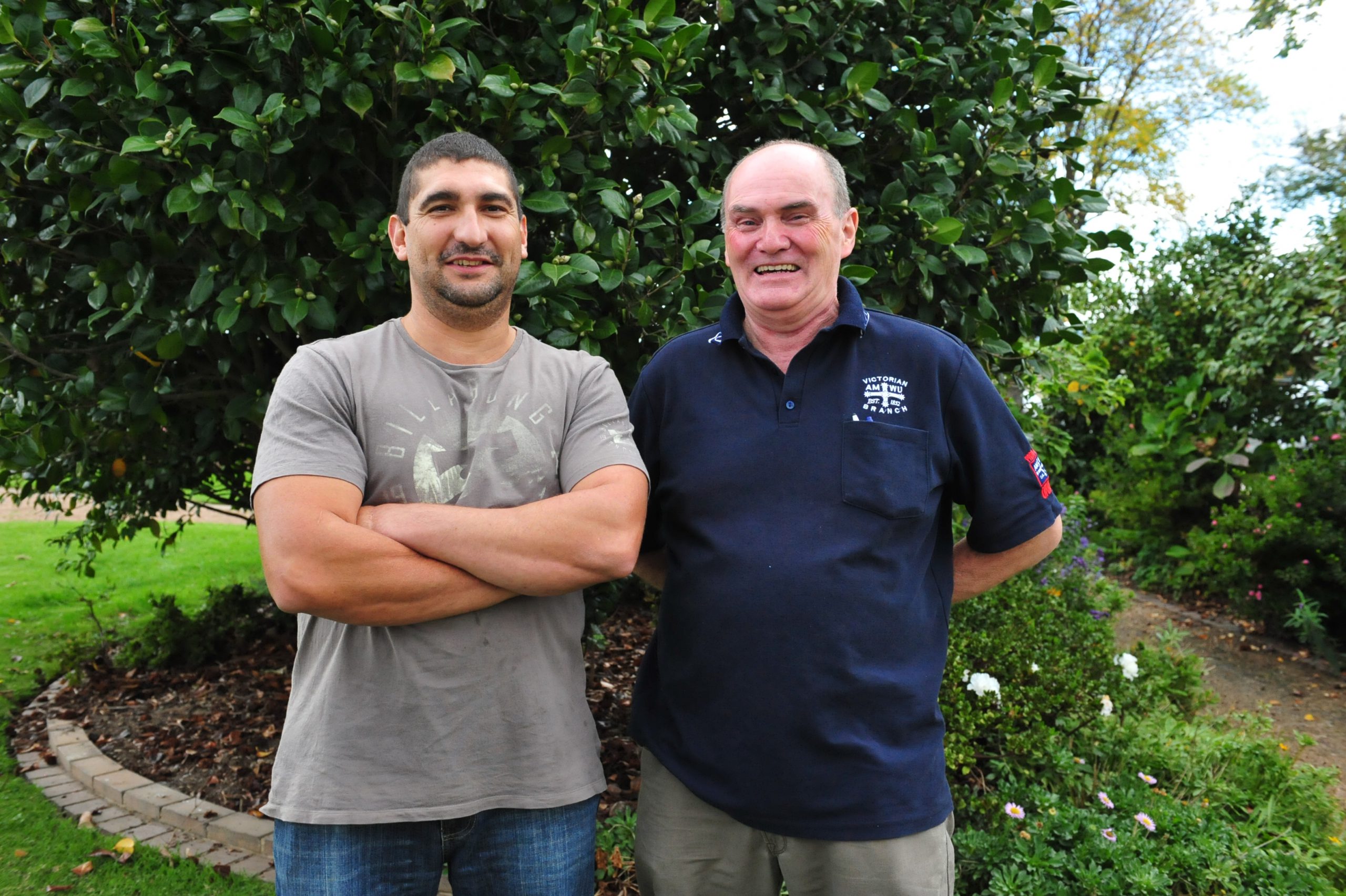 He lost his colleague and his hand in a workplace incident that should not have happened.

Working as a rigger, Mr Buhagiar was installing walkways as fitter Scott Thorburn replaced the sealing of a large doorway.

The door’s safety mechanisms failed and seeing the door move, Mr Buhagiar lunged in his colleague’s direction, but the six-tonne door came crashing down.

Sharing his story at Morwell Centenary Rose Garden as part of International Workers’ Memorial Day, Mr Buhagiar described the 30 minutes as the longest of his life.

“Knowing my hand was trapped under there, but not being able to see or do anything… I’ll never forget it,” he said.

Enduring a 13-hour operation for his partially amputated hand and complications including a collapsed lung, Mr Buhagiar was in an induced coma for three days.

He remained in hospital for six months, missing his youngest child’s first birthday, along with Christmas.

“Allan brings home what does happen in the workplace,” he said.

“In 2014, 188 workers were fatally injured at work, while across the country 26 workers have been killed in the last 12 months.”

Speaking at the memorial, honouring those who had died in workplace accidents or through work-related illness, she urged colleagues to look out for one another, and to speak up if something “wasn’t quite right”.

“PPE (personal protective equipment) is such a cheap alternative to living with a workplace illness or injury,” she said.

“If your employer doesn’t provide it, speak up and say something.”

She also warned of the dangers of carcinogenic chemicals and insidious acids, as well as prolonged exposure to ultra violet rays.

“Nobody should have to die at work or due to workplace practices,” Ms Hamilton said.

The Latrobe memorial service was organised by GARDS and the GTLC.