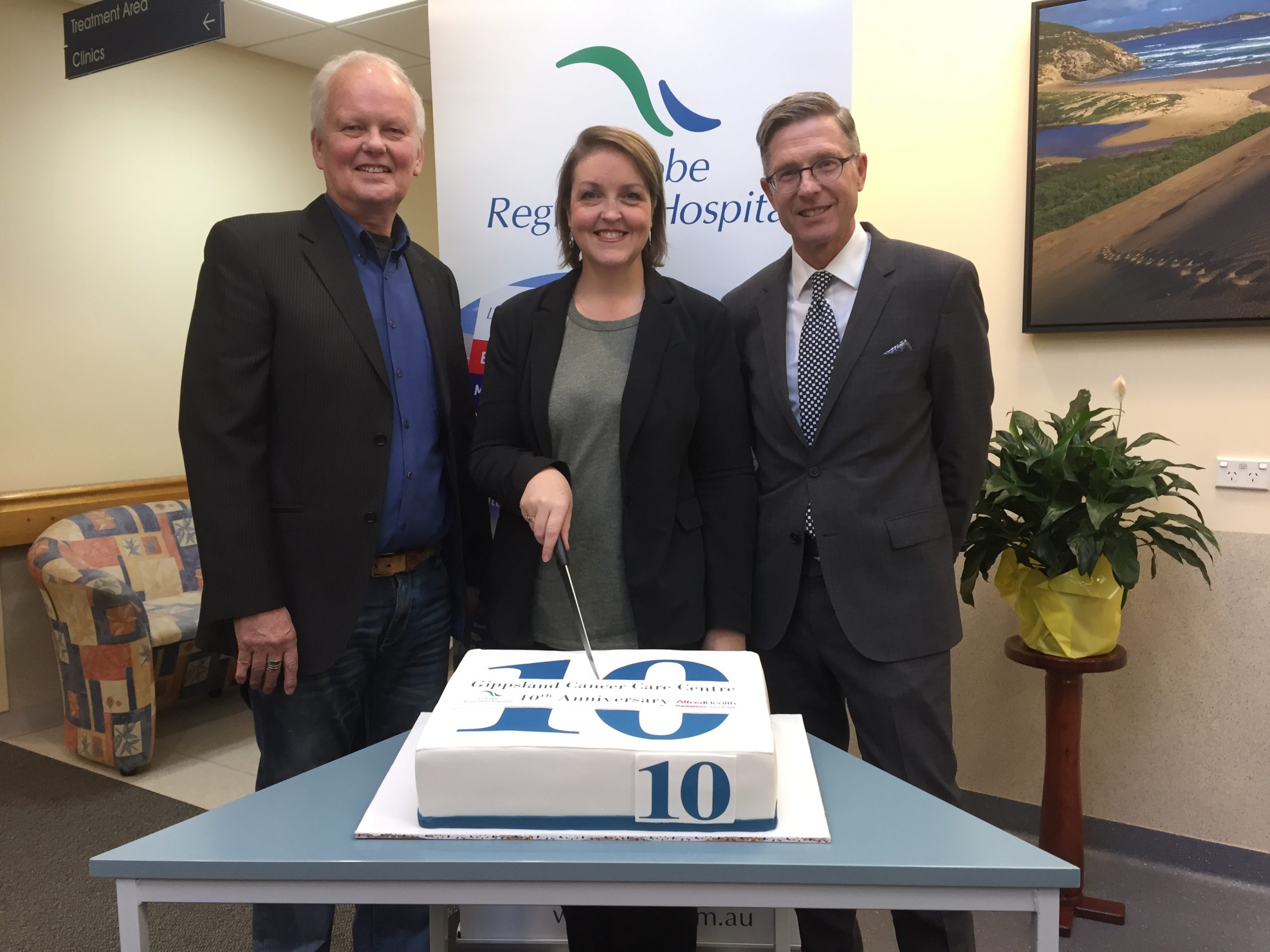 The facility partnered with Melbourne’s Alfred Health and first opened on 17 May 2006, offers cancer treatment and dialysis for kidney disease.

At the celebration, the centre announced it would now bear the name ‘Gippsland Radiation Oncology’ and Department of Health funding for brachytherapy – or internal radiation therapy – to service Gippsland men with prostate cancer.

“It’s somewhat bittersweet to celebrate this 10th anniversary knowing it is associated with serious illness like cancer and kidney disease,” LRH board chair Kellie O’Callaghan said.

“But those significant health challenges have resonated with people far and wide and brought together LRH and Alfred Health to form a vital regional partnership.”

In 2003 the organisation began a petition to improve care for those suffering asbestos related diseases in the Latrobe Valley, securing more than 8000 signatures, but realised the need for a service was more widespread.

Ms O’Callaghan said prior to the centre opening many had refused radiotherapy for their cancer because it would mean travelling to Melbourne daily or finding somewhere to live in the city temporarily.

“We will continue to work with our community to ensure they receive the services that they need,” she said.

The centre’s first patient, Geoff Robson, said he was diagnosed 12 months before the centre was opened and was initially referred to Peter MacCallum Cancer Centre in Melbourne.

Mr Robson said he decided to delay his radiation treatment before the local facility opened, and was prescribed hormone treatment.

The Koonwarra resident said he would never forget the people at the centre at that time.

He quoted what he said in The Express 10 years ago to sum up his thoughts.

“I couldn’t have travelled that far to Peter MacCallum every day, I would have had to make arrangements to stay down there. Now I can live at home and it’s another level of stress that we don’t have to deal with,” Mr Robson said.

“I think it’s fantastic that such a wonderful facility is here outside of the metropolitan area.”

“But we’re not only about these flash complicated techniques and treatments; it’s also about caring for patients,” Associate Professor Millar said.

The Alfred Health professional referenced a survey the Centre for Behavioural Research – Cancer Council Victoria conducted last year that found the Gippsland radiotherapy centre performed better in patient care than any other hospital in Victoria.

However, Associate Professor Millar said outcomes for Gippsland patients diagnosed with cancer were worse than other parts of the state.

He said a patient diagnosed in Gippsland today had a 62 per cent chance of surviving in five years when the Victorian average was 67 per cent.