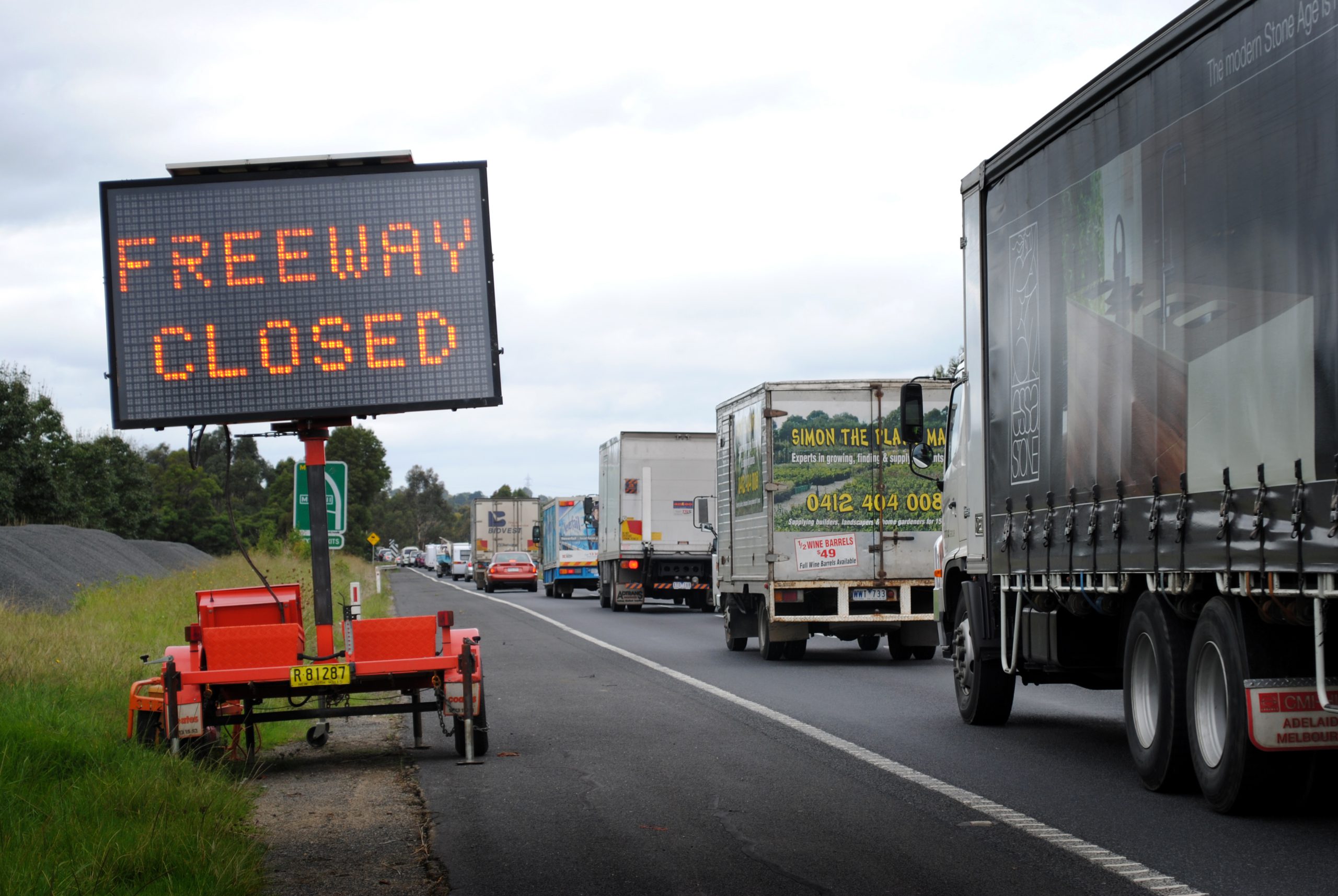 Ratepayers have once again dodged an estimated $100 million bill following a Supreme Court of Appeal decision in Latrobe City’s favour.

Council described the decision over who is responsible for the Morwell Main Drain as “vindicating”.

Hazelwood Power Partnership argued the drain was council’s responsibility, after heavy rain created a sinkhole and damaged the Princes Freeway in 2011.

But the Supreme Court of Victoria rejected that view last year and again on Friday morning, when Court of Appeal judges dismissed the Hazelwood mine operator’s appeal.

“We have just seen a summary of the judgement – it’s an affirmation of the position the council put through the trial. The decision is excellent from our perspective.”

The State Electricity Commission of Victoria built the Morwell Main Drain as a component of the Hazelwood open cut mine in the late 1940s.

When the Hazelwood mine was privatised in the ’90s, the land on which the drain sits was transferred to HPP.

In pursuing litigation action against Latrobe City, the partnership claimed most of the water flowing through the drain was public drainage water that came from council’s network.

HPP argued the drain should therefore be public, or if it was to remain private, HPP should be able to prevent council from discharging water into the drain.

Court of Appeal judges noted a significant amount of water entered the main drain from connected drains that were owned and managed by Latrobe City and VicRoads.

However, as was the case last year, the judges determined the flow of water was reasonable and HPP could not prevent council from discharging water into the drain.

A spokesperson for Hazelwood power station and mine operator ENGIE said the partnership acknowledged the court’s decision, but reiterated most of the water flowing through the drain came from Latrobe City’s network.

“HPP is disappointed with the court’s decision and the council’s approach not to contribute to the upkeep or maintenance of the MMD,” the spokesperson said.

Mr Van Driel said the municipality “would have had zero capacity to manage the financial liability” of the drain’s infrastructure.

He said the legal cost of defending council’s position was significant.

“Legal costs have been awarded to council for both the Supreme Court trial and the appeal,” Mr Van Driel said.

“These costs will not fully cover council’s out of pocket expenses and we will be looking to State Government to ensure that ratepayers of Latrobe City are not left to foot this bill.”

Mr Van Driel said he was not at liberty to divulge the costs associated with the legal action.

When asked whether the court action had damaged council’s relationship with the mine operator, Mr Van Driel said business would continue as normal.

“I think council has been very strong on its resolve to support its position,” he said.

“We acknowledge ENGIE is a major employer and we would expect the relationship would continue to be strong in the context of its economic valuE.”

The ENGIE spokesperson said HPP would not make any further comment.