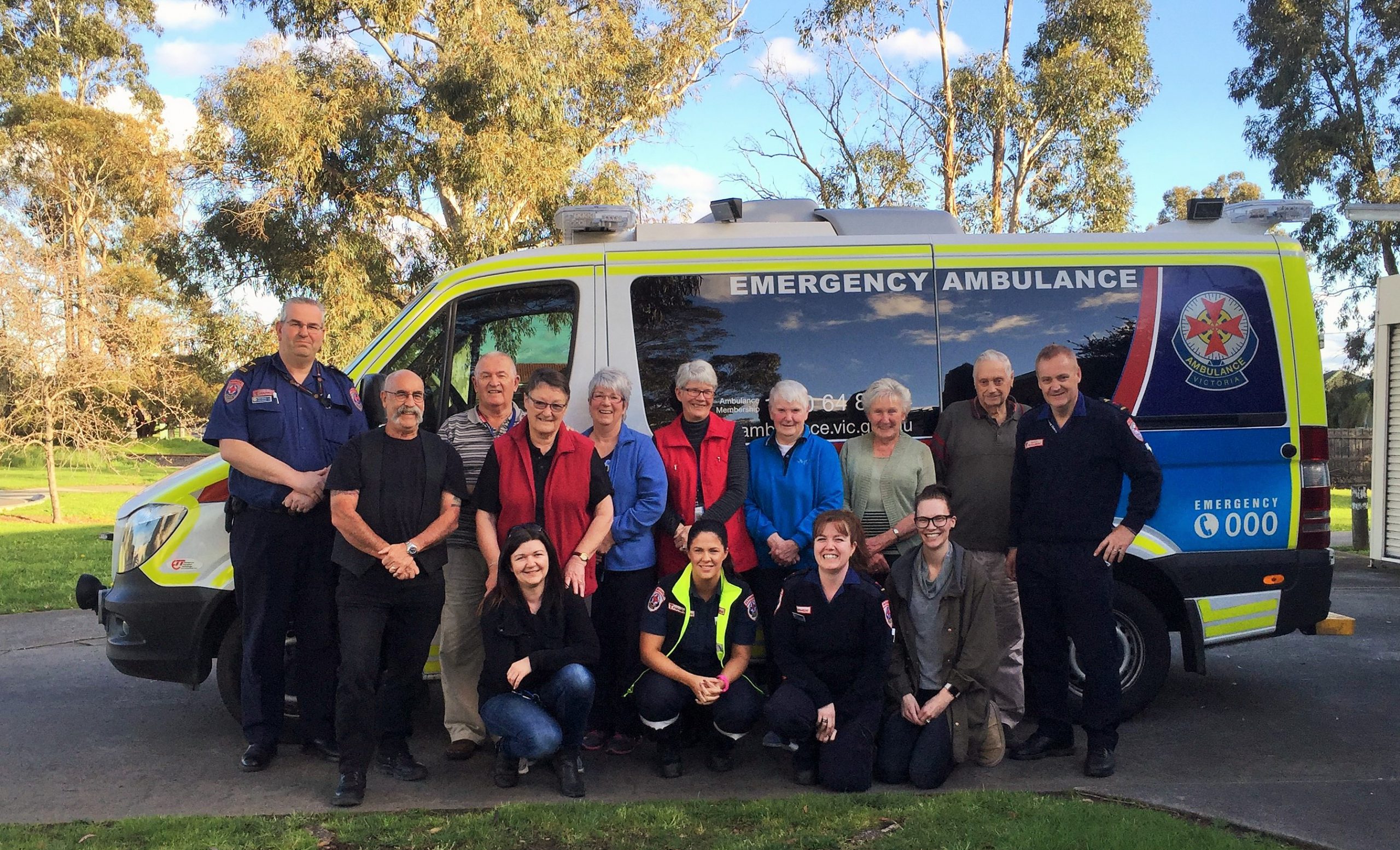 The auxiliary responsible for supplying Traralgon’s ambulance service with life-saving equipment is on the verge of closure.

Traralgon Ambulance Auxiliary has been operational for some time, but was brought “back to life” about five years ago by recently retired president Tom Thomson.

The auxiliary works towards raising funds for equipment for the town’s ambulance service, outside of what money is provided by Ambulance Victoria and the State Government.

But volunteer numbers have since dwindled, placing considerable strain on its remaining members.

Mr Thomson estimated the committee now included about nine people, while a minimum of 12 people were required to cover fundraising efforts.

He said with a new Traralgon ambulance station in the works, the auxiliary was hoping to “take some pressure off” Ambulance Victoria in supplying furnishings and equipment.

“The current Traralgon branch has really gone by its used by date, it’s a really old station and they’re (the auxiliary) looking at fitting out the new station with what the government doesn’t provide.”

Mr Thomson said it was these events where the volunteer’s struggled.

“That’s where you need the volunteers, to cover the shifts required for these fundraisers.”

Despite a lack of numbers, Mr Thomson said the group was determined to remain operating.

“Because these paramedics work so hard and are so diligent in what they do, we support them,” Mr Thomson said.

“We don’t have thousands of volunteers; we just have the few that are around, but the main thing is to support the paramedics and give them what they need to do their job.”

He encouraged community members to get behind their paramedics by volunteering with the auxiliary.

“The auxiliary formed to take the pressure off paramedics and Ambulance Victoria and we’d like to continue doing that,” Mr Thomson said.

Auxiliary members are required to attend a monthly meeting and support the group’s fundraising events, usually “a two or three hour stint at a barbecue a couple of times a year”.

If you are interested in joining the auxiliary, phone group secretary Faye Baldwyn on 5174 3513.