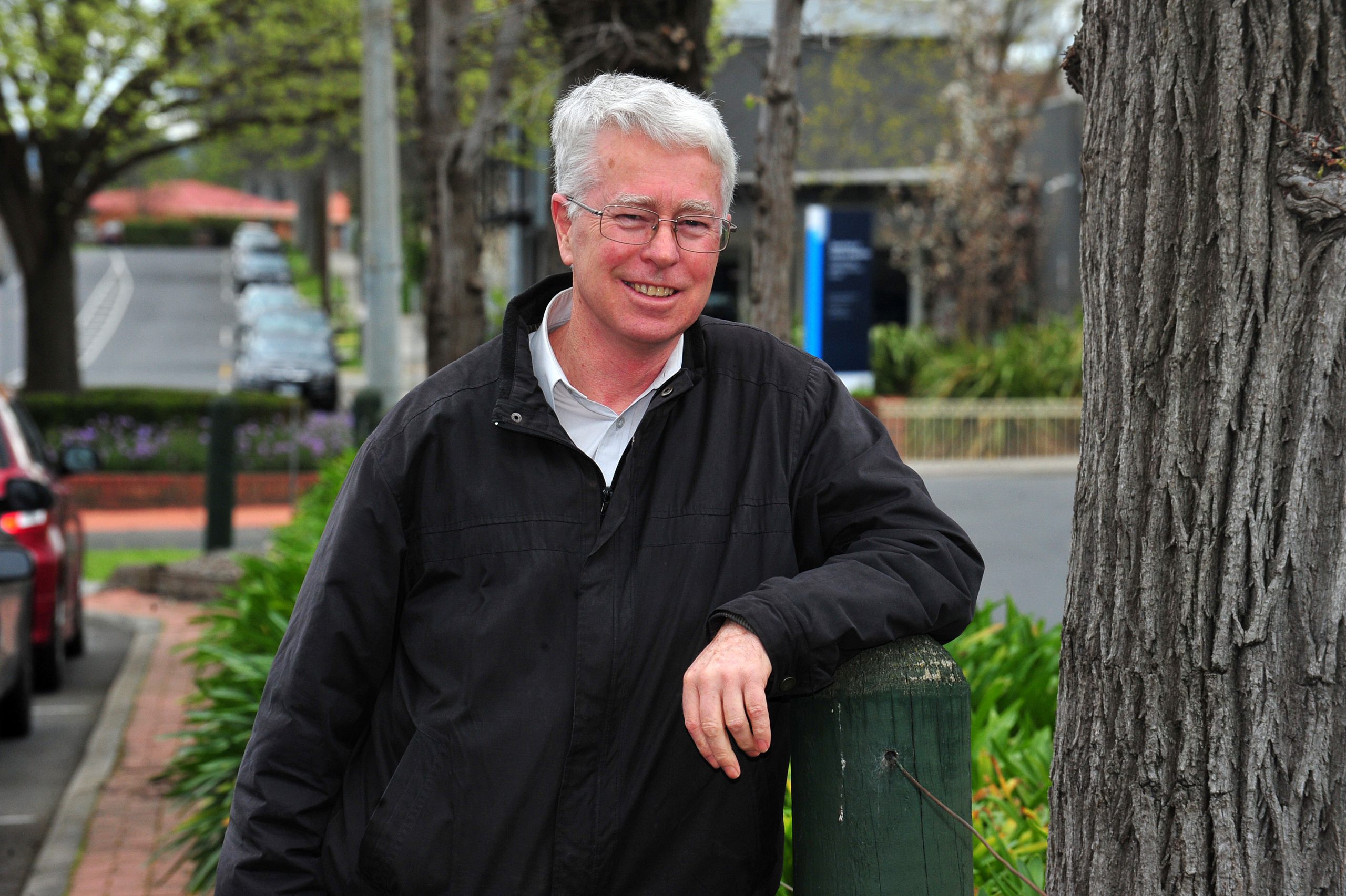 East Ward candidate Dan Caffrey sees the Latrobe Valley as a leader in the transition towards renewable energy.

An endorsed Greens candidate and the Latrobe Valley Sustainability Group secretary, the 61 year-old firmly believes “it’s a case of when the people lead, the leaders follow”.

“If we’ve got someone on council who is unequivocal about where coal should go, then it makes it easier for higher levels of government to base decisions on,” Mr Caffrey said.

“For this reason I will be campaigning for a rapid but fair transition to a local economy that is not based on coal extraction.”

Instead, Mr Caffrey will push for feasibility studies on using pumped hydro electricity in the area and sees community-owned wind farms or solar arrays as an “exciting development”.

“In East Ward there’s a lot of people that think like myself; that we need to be progressive about global warming,” Mr Caffrey said.

“We actually want to see our kids in a thriving situation rather than some sort of desperate cauldron of conflict because of climate change in a few years time.”

If elected, Mr Caffrey said he would push for upgrades to public transport services, along with “promoting solar-powered recharging stations for electric vehicles along the route to Melbourne and the east”.

Another priority of Mr Caffrey is keeping disadvantaged youths out of the justice system, and he sees energy efficient, modular-type social housing as a possible solution to the homelessness that is “rife” in the area.

All of this, Mr Caffrey said, was essential in a transition to a sustainable Latrobe Valley.

“The Valley’s got to do the heavy lifting to ensure transition takes place,” he said.

“The Valley will lead, one way or another, in a transition to renewable energy and a carbon neutral society, but whether we manage it ourselves or it gets imposed on us, is up to us and what we do now.