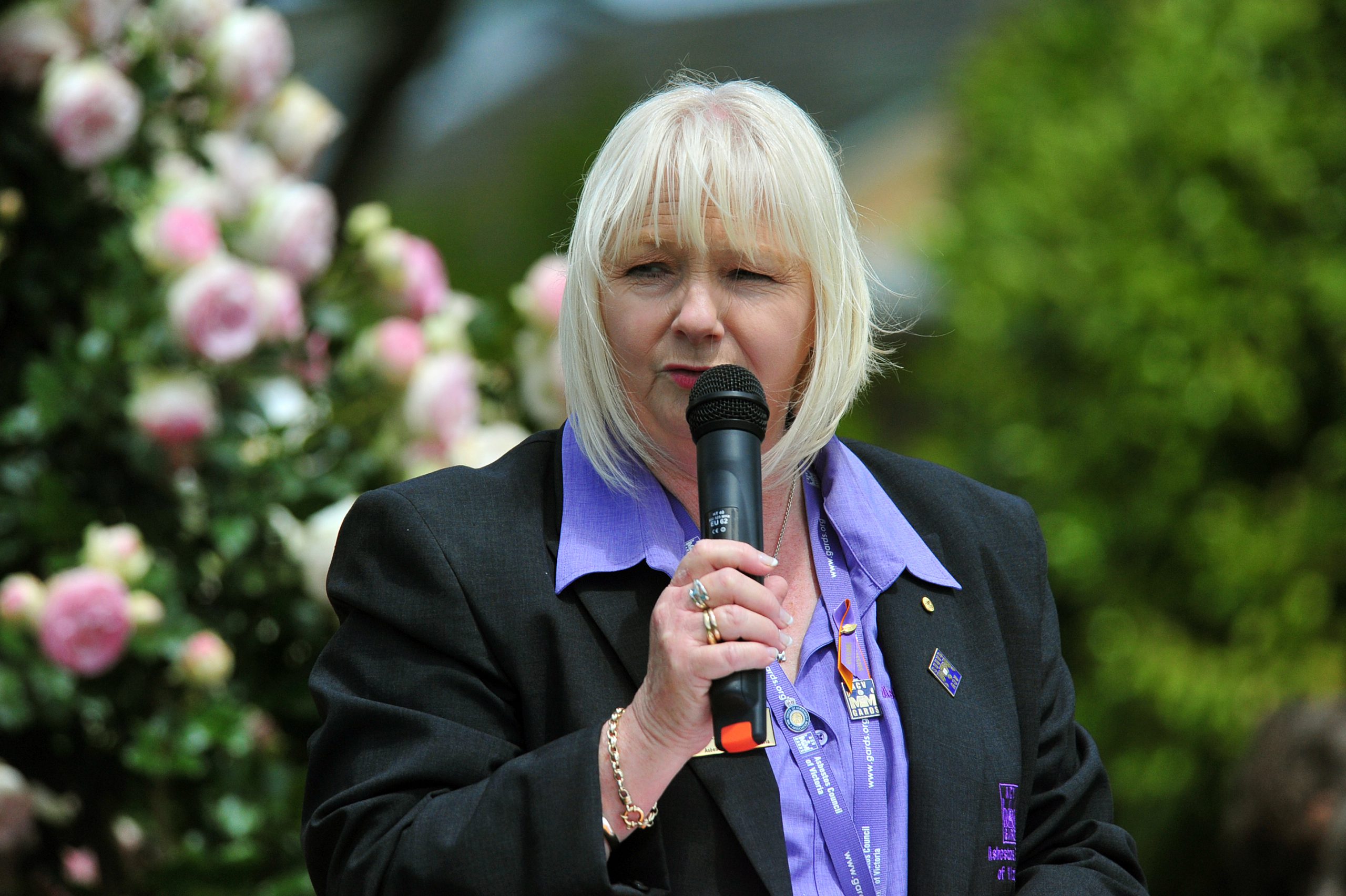 Gippsland Trades and Labour Council secretary Steve Dodd and Hazelwood worker and union member Mark Richards used Friday’s memorial, paying tribute to those who have died or suffered from asbestos-related illnesses, to call on Hazelwood owner Engie to “consider the community” when decommissioning the power plant.

Mr Richards said without proper inspection of the station’s structure there was “no real way” to know if it was “falling apart, risking asbestos to be blown all over the Latrobe Valley”.

It is unclear what decommissioning process will be undertaken at Hazelwood, but Mr Richards said rumours were “they are probably going to park it there and do nothing about it”.

Speaking at the memorial, its chief executive and secretary, Vicki Hamilton, said the Latrobe Valley had seven-times the state average of mesothelioma.

“It’s preventable… None of this should be happening; none of us should be mourning people who have died on asbestos-related disease,” Ms Hamilton said.

She said she wanted no community members, or workers, exposed to the carcinogen at “any level”.

Mr Dodd said there were local workers well-equipped to decommission the station in a safe manner that would not put workers or community at risk.

“We had discussions with Engie recently about how the demolition was going to happen and they said they were going to put it down to commercial tender,” he said.

“You read in to that what you like but my view is that’s the cheapest way and the most unsafe way possible of demolishing that site, but we are not going to stand by and watch that happen.

“It’s quite serious (the risk of asbestos exposure); history in this region has shown it’s never been done in the right way, up in Yallourn they just blew it up.”

A spokesperson for Engie said the company was committed to a “safe and efficient” closure of the Hazelwood business.

“This will include adhering to all regulatory requirements,” the spokesperson said.

“Engie will work closely with its employees and relevant trade unions to ensure a safe and efficient demolition process.”