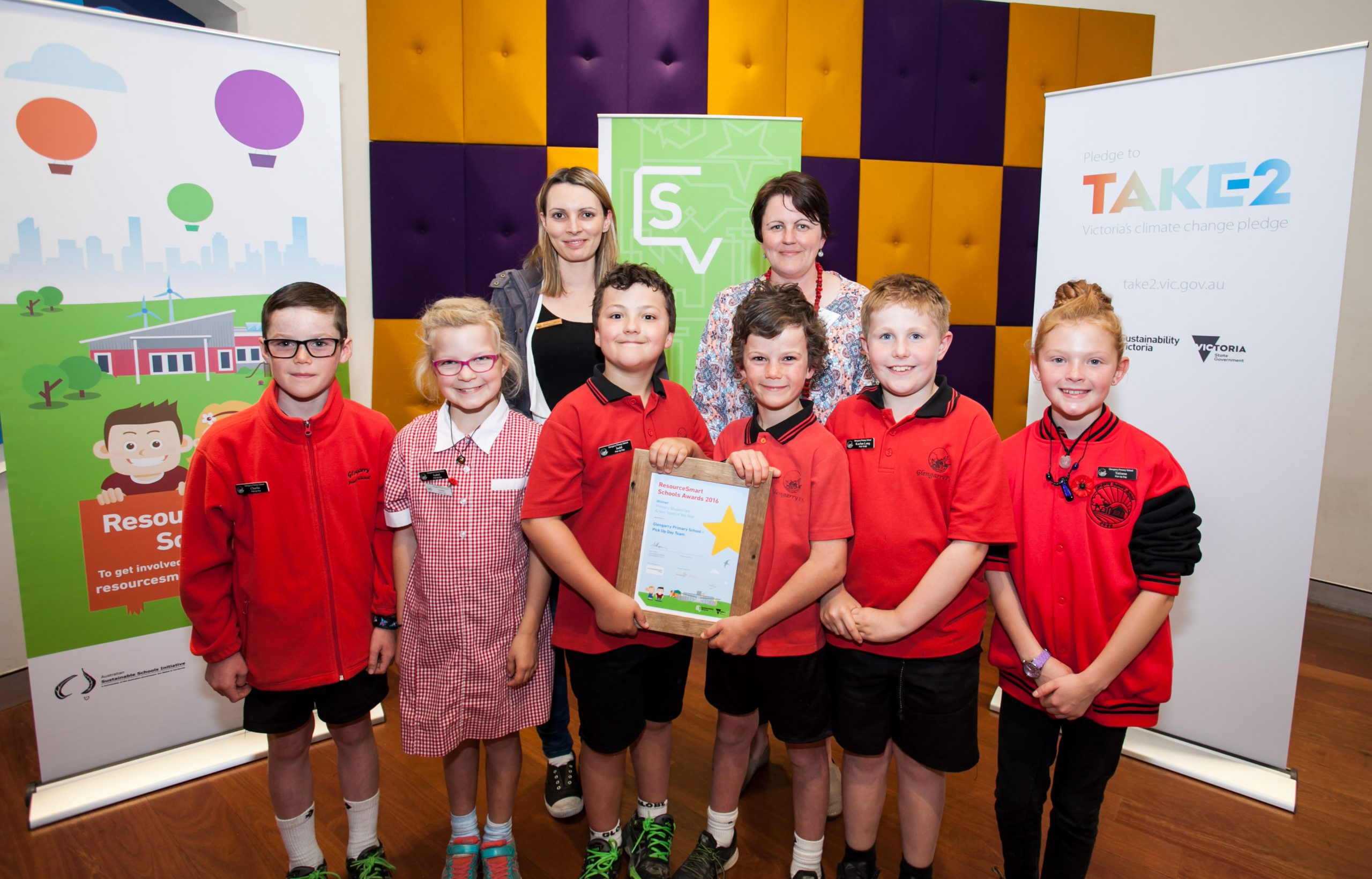 A WEEKLY rubbish pick up day initiated by a Glengarry Primary School student has earned the school a sustainability award.

Glengarry primary was recently awarded the Student-led Action Team of the Year (Primary) category of the ResourceSmart Schools Awards 2016.

The awards recognised schools and early learning centres that have taken the steps to be more environmentally sustainable.

The program is voluntary.

“We are very proud of the children in the Pick Up Day team,” Ms Davis said.

“Their average age is eight years old, yet they are leading and influencing the whole school with their actions.”

She said the biggest impact of pick up day was the reduction in the amount of rubbish in the yard.

The team was now enlisting staff assistance to expand pick up day into the community, Ms Davis said.

Goodstart Early Learning, Morwell was named Early Childhood Service of the Year for its efforts in establishing a worm farm and its dedication to recycling.