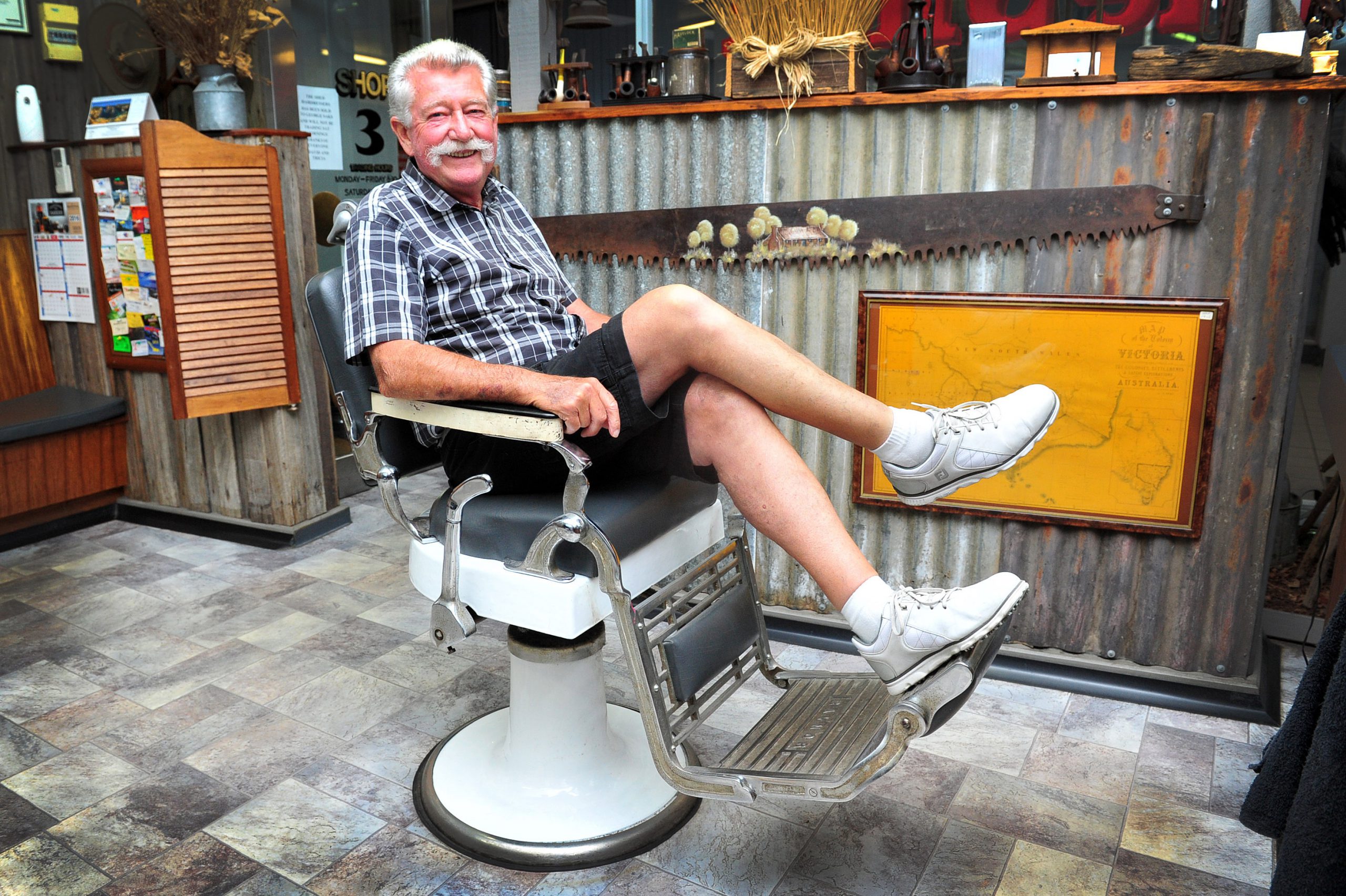 David Tosch has good reason to put his feet up.

The 73 year-old is enjoying his first week of retirement after about 60 years working on his feet as a Traralgon barber.

David fell into the world of hairdressing in 1958 as a 14 year-old selling newspapers.

“I was selling Heralds and the boss (of a local barber) offered me 10 shillings, which was more than the Herald, to sweep the floor,” he said.

Sold by the promise of more pocket money, David worked after school before quitting at the end of the year and commencing a five-year apprenticeship.

His first “real gig” was in a Seymour Street alleyway, in a place that looked “more like that place you’d go to get a tattoo” than a haircut.

In 1998 he set up shop in the Hotham Street arcade.

Decked out to replicate a backyard garage, the concept for ‘The Shed’ came from David’s love of the man cave.

“I was always messing around in the shed and thought, ‘geez, it’d be good to work in a shed’, so I did,” he said.

The idea was a hit with the locals and visitors alike, with photos of the shop popping up across the internet.

“The year we opened we had an internal motor show in Traralgon. A lot of the tourists came in and took photos, they loved it,” David said.

But as of last Friday the iconic shed was no more, with David storing his scissors for the final time.

He is now looking forward to a life of travel and relaxation, but will miss the familiar faces.

“I’ve had a tremendous amount of faithful customers over the years who became more friends than customers,” David said.

Recommending hairdressing to “anyone who loves a chat”, David said the secret to a long-lasting career in the industry was good patronage and keeping up with the trends.

Although there’s been a couple of “hairy mishaps” along the way, including the complete shaving of a guy who requested a Rock Hudson haircut, David said he had enjoyed “a good, steady career”.

He thanked all his friends (customers) who he never got to say goodbye to following the business’ quick sale, for their ongoing support over the years.