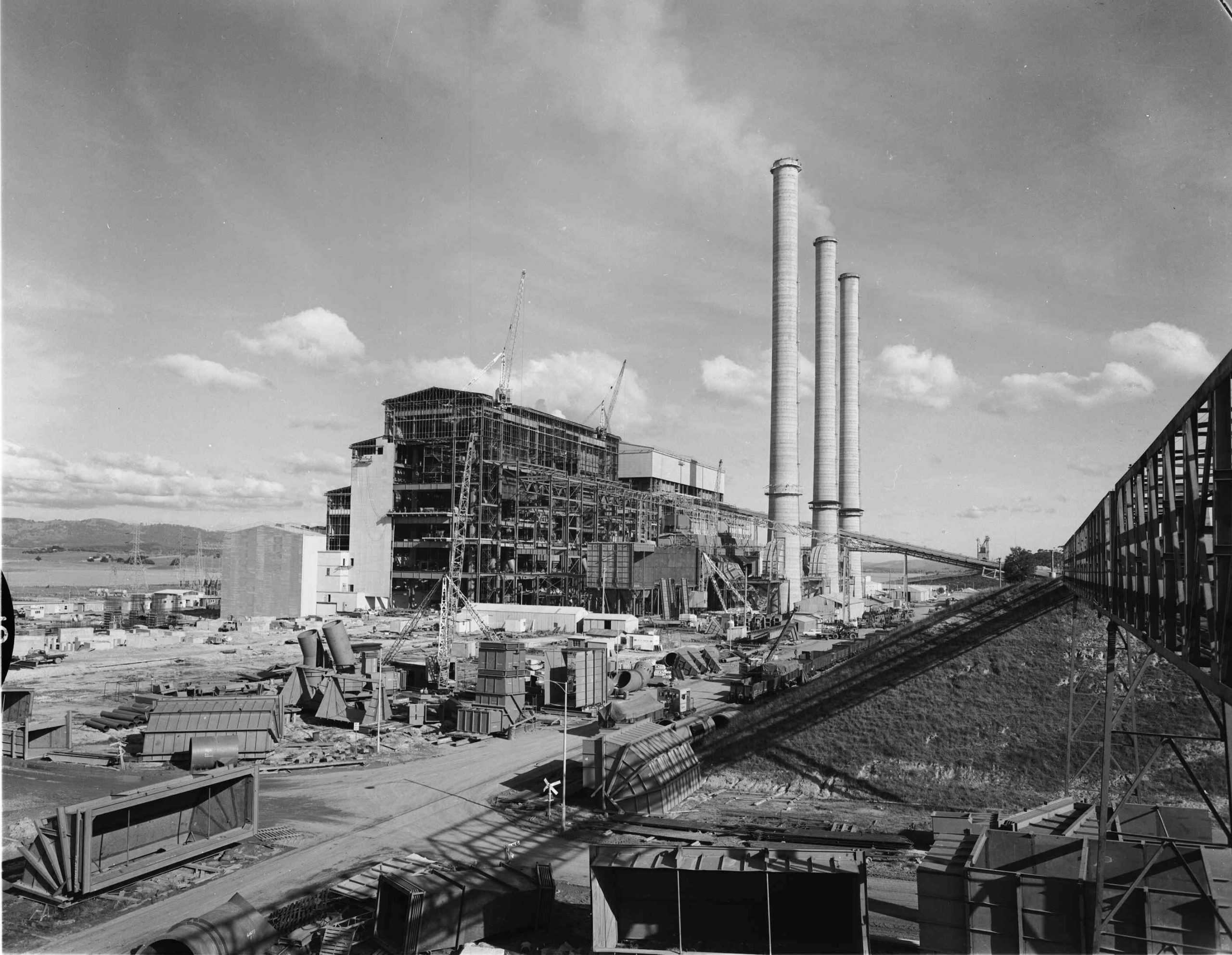 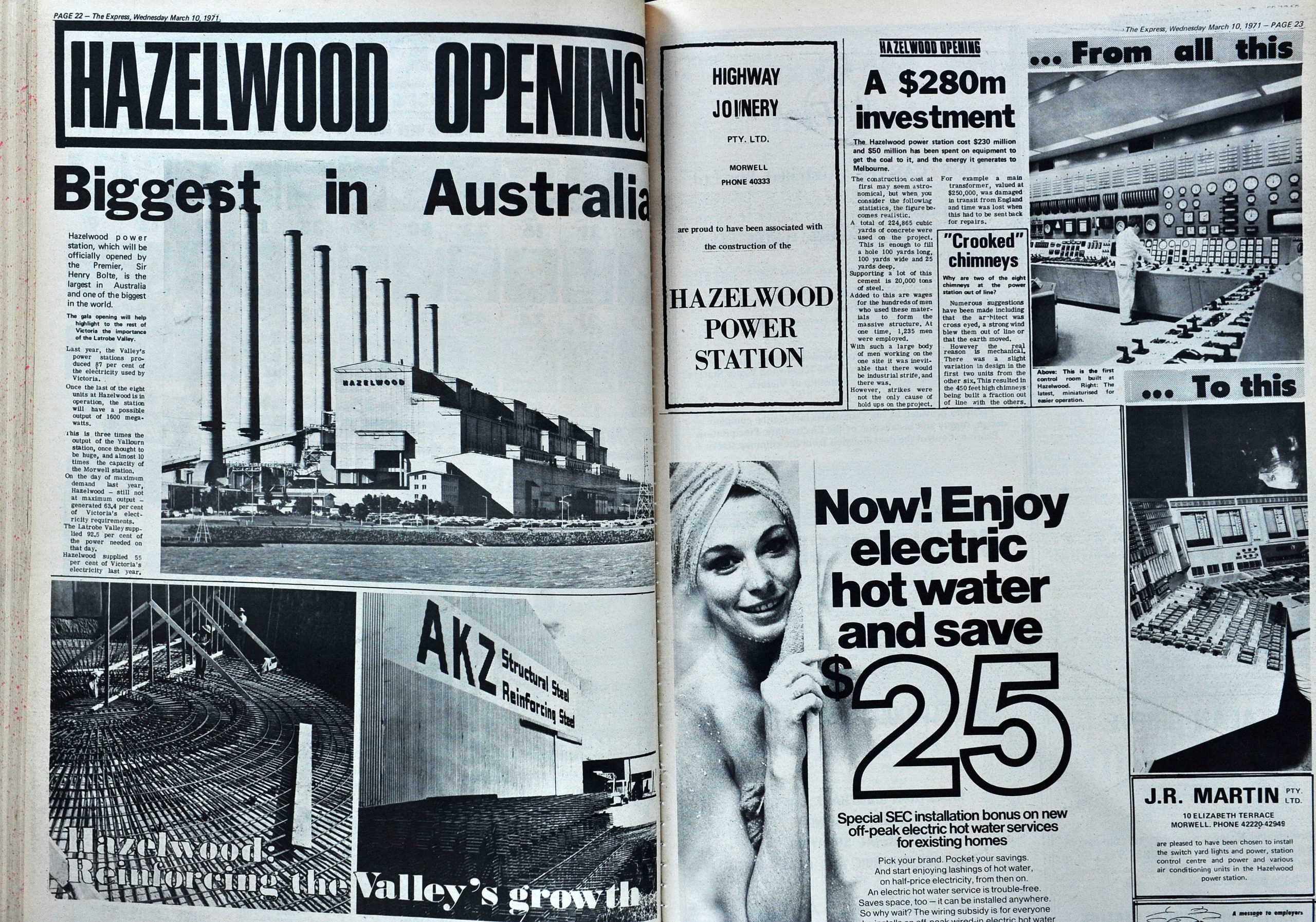 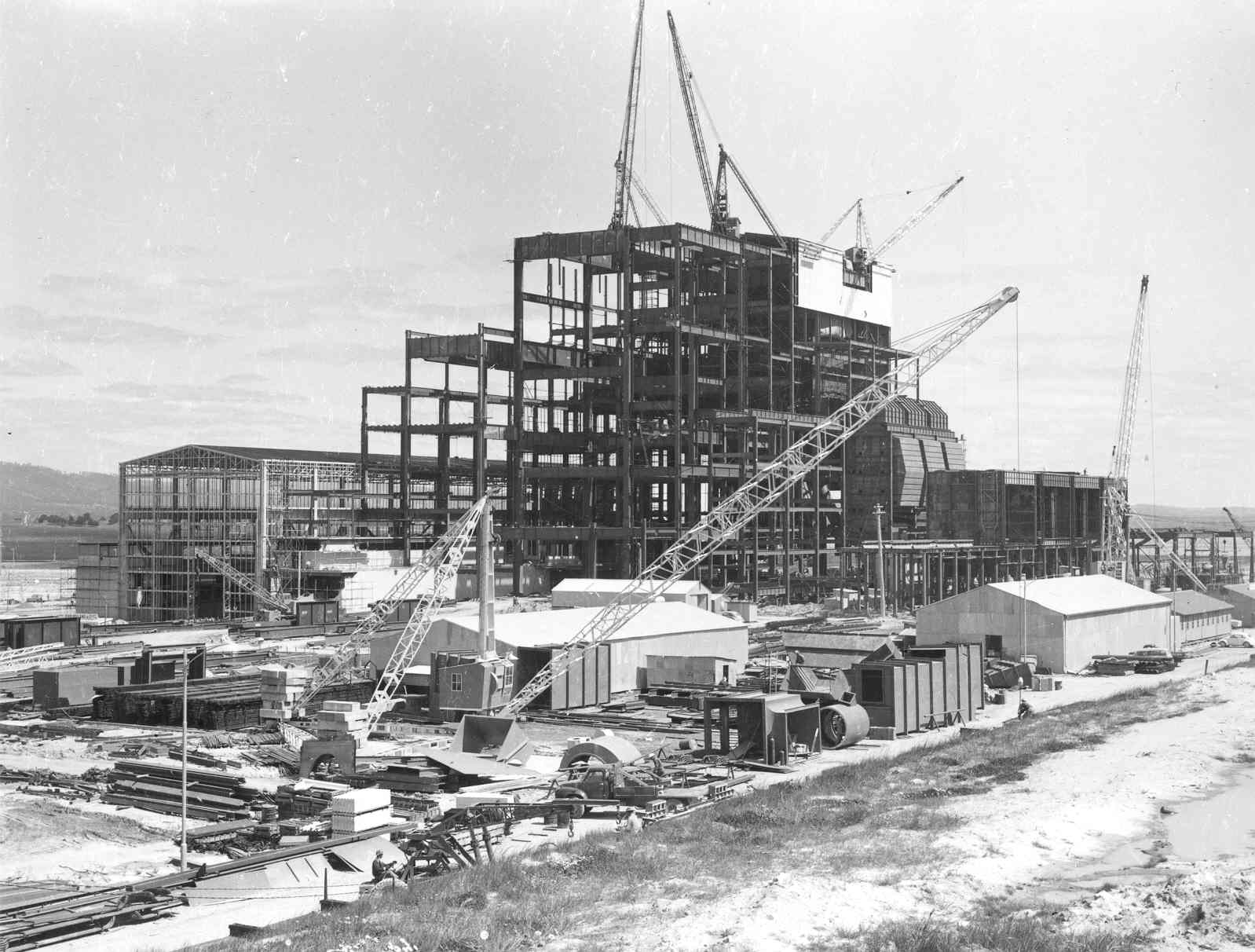 THE first firing of the unit one boiler may have occurred on 22 February, 1964 but with The Express three years away from publishing its first edition, it was not until the eve of the plant’s official opening that the paper would give the construction of Hazelwood the treatment it deserved.

The three-page feature which was published in The Express on 10 March, 1971 heralded the Hazelwood station as the “biggest in Australia” which would produce up to 1600 megawatts once the last of its eight units came into operation.

At the time, the plant played a larger role in meeting Victoria’s power generation needs than it does today, producing 55 per cent of the state’s power in 1971.

Community pride in the facility is evident in the coverage and the advertising which surrounds it, as local firms rushed to have their advertisements placed alongside the feature articles.

One company, Morwell’s Highway Joinery, placed an advertisement declaring the company was “proud to have been involved in the construction of the Hazelwood Power Station”.

Another praised Hazelwood for “reinforcing the Valley’s growth” and the company’s role in supplying and placing the reinforced steel used in the plant’s construction.

The coverage also positively noted the 1235 people who were employed at one point during construction and the wages it brought to the region.

One matter of community interest which was put to rest ahead of the official opening was concern that two of the eight chimneys were crooked.

“Numerous suggestions have been made including that the architect was cross-eyed, a strong wind blew them out of line or that the earth moved,” the article said.

But the real reason was mechanical, resulting from a variation in design between the first two units and the remaining six.

While Hazelwood is now the oldest of the Latrobe Valley’s coal-fired power stations, at the time it was at the forefront in technology which was celebrated in an article titled ‘Computer coalfields’.

The article reported how a high control room computer at the Morwell open cut scanned about 900 points on the dredgers and belt conveyer systems every six seconds and recorded and displayed the information.

A mimic board displayed a complete diagram of the open cut and coal bunker layouts with fault lights to alert the operator when problems occurred.

“When a ‘fault’ light appears on the mimic board, the operator needs only to press a button and the nature and location of the fault is shown on the control desk,” the article read.

The Express coverage also touched on the plant’s end in a statement from an “SEC official”.

“The estimated life of a power station is about 25 to 30 years, which means that Hazelwood will be finished by about 2000,” the statement said.

“Demand on power supply is doubling every 10 years, so its useful life might be shortened even more.”

That estimation, however, would prove to be 17 years off.