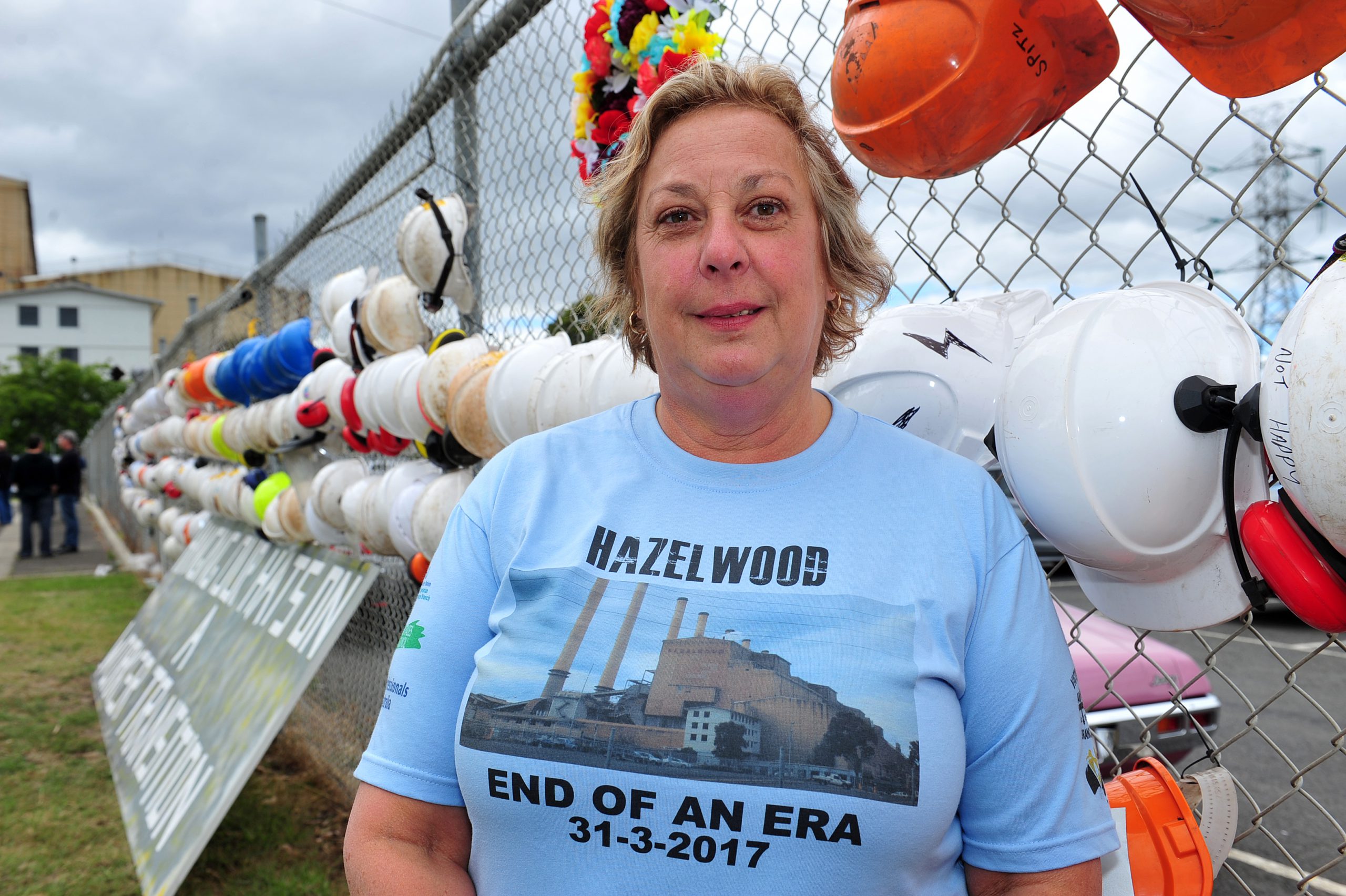 Sue Van Heurck was among those who gathered outside the Hazelwood gates on Friday.

The Thorpdale resident had come to mark her husband David’s last day of work at the plant and because of its important role in the region’s history.

“He’s worked here for just over 10 years so it’s the end of an era for us, and my son was working here as a casual,” Ms Van Heurck said.

“So when this was announced (my son) left and he’s been looking for work and he’s found some.”

She said she was “more emotional than I thought I might be” given the day’s significance.

“I think 50 years is such a huge investment in the Valley in every area through employment and of course all the ongoing aspects of that,” Ms Van Heurck said.

“It’s going to have implications obviously across the Valley, and I think that’s something we always want to see our Valley growing, and that’s a sad thing.”

Her husband plans to continue working and will now begin looking for work, but despite the potential difficulty that may entail she remains positive.

“Let’s be positive about the future because I think you need to be,” Ms Van Heurck said.

“The thing I get sad about is we don’t seem to in Victoria plan our infrastructure early enough.

“So this is closing, 25 per cent of our power in Victoria we now won’t have. It’s going to cause problems.”