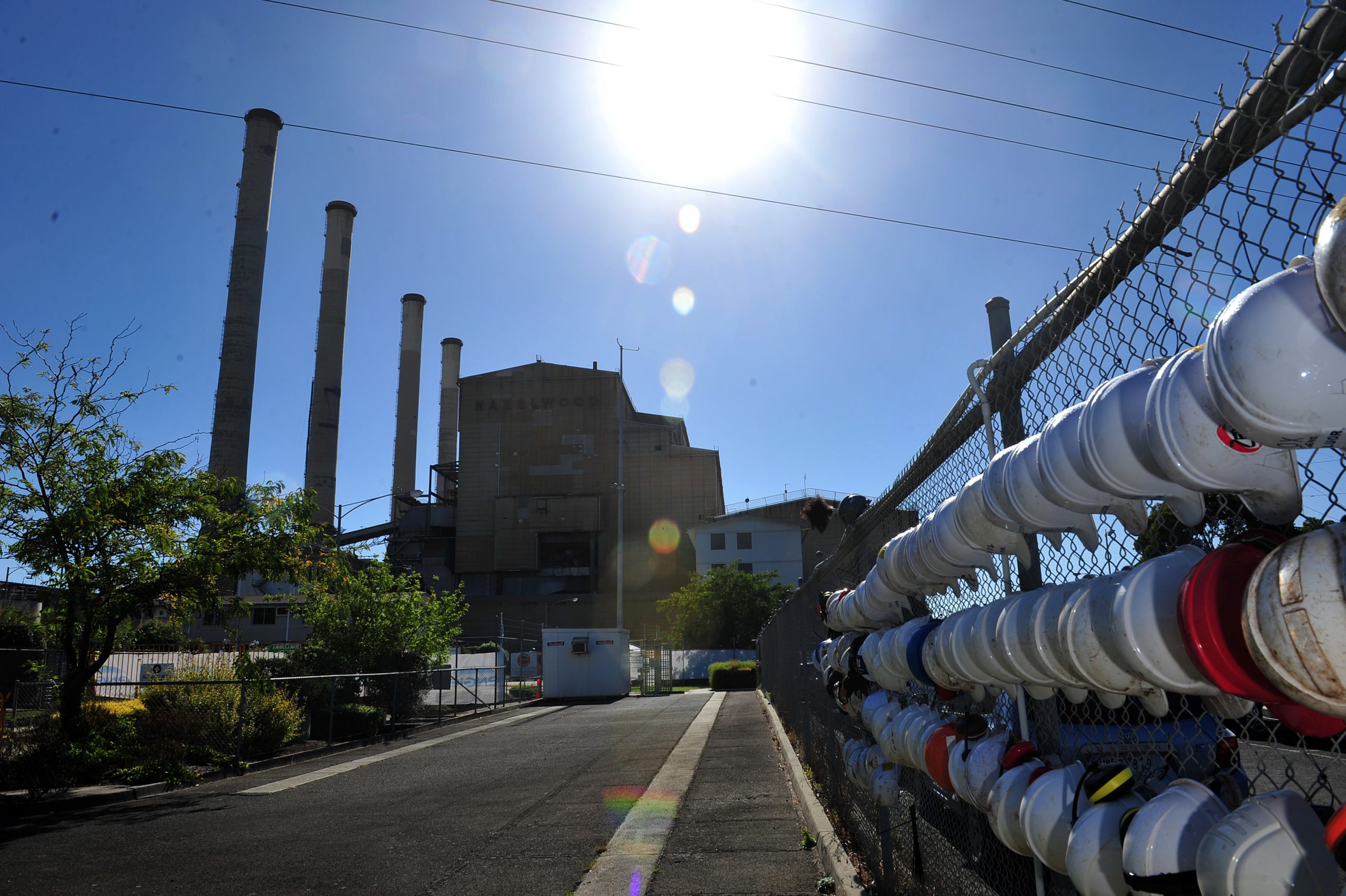 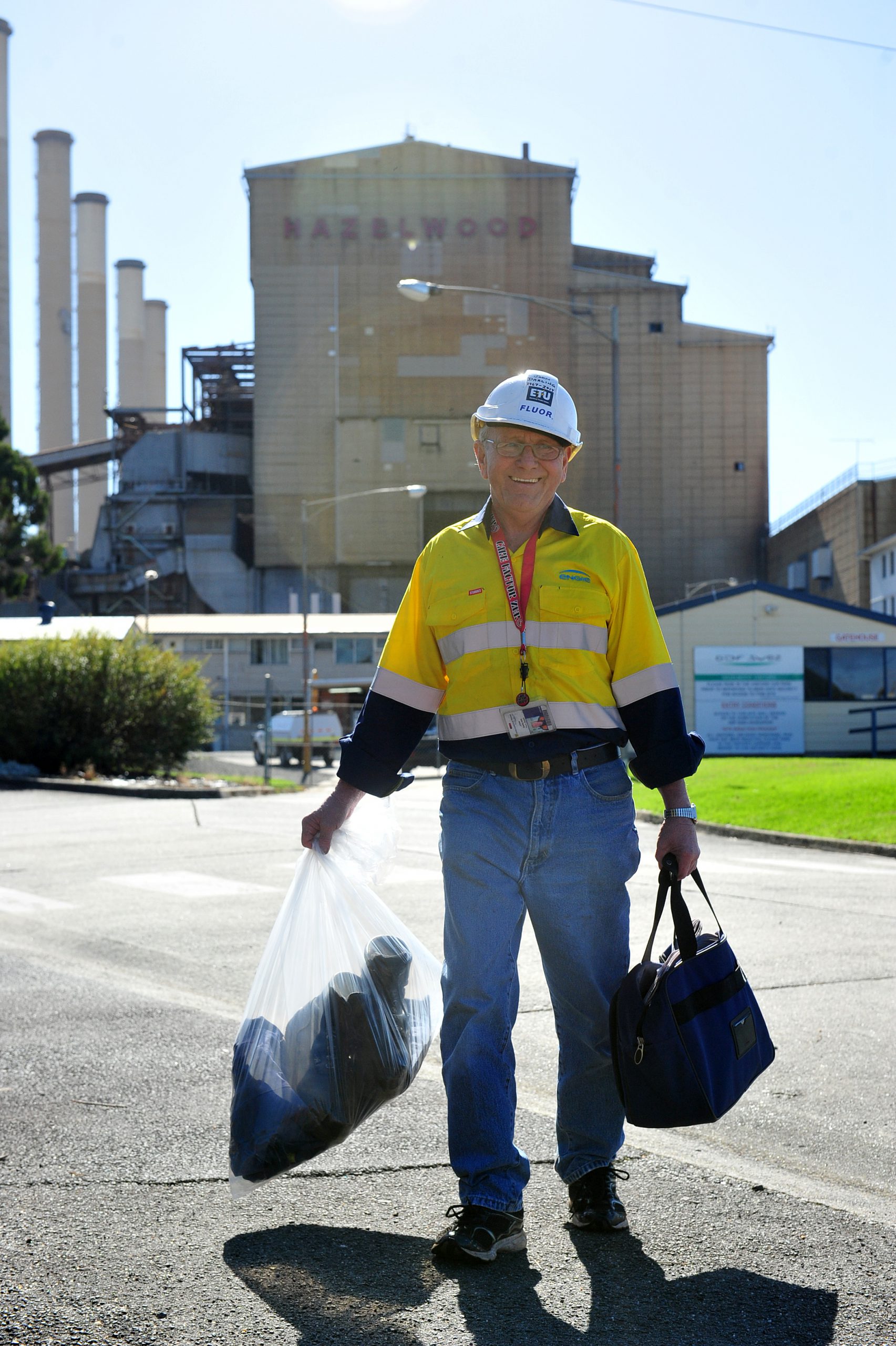 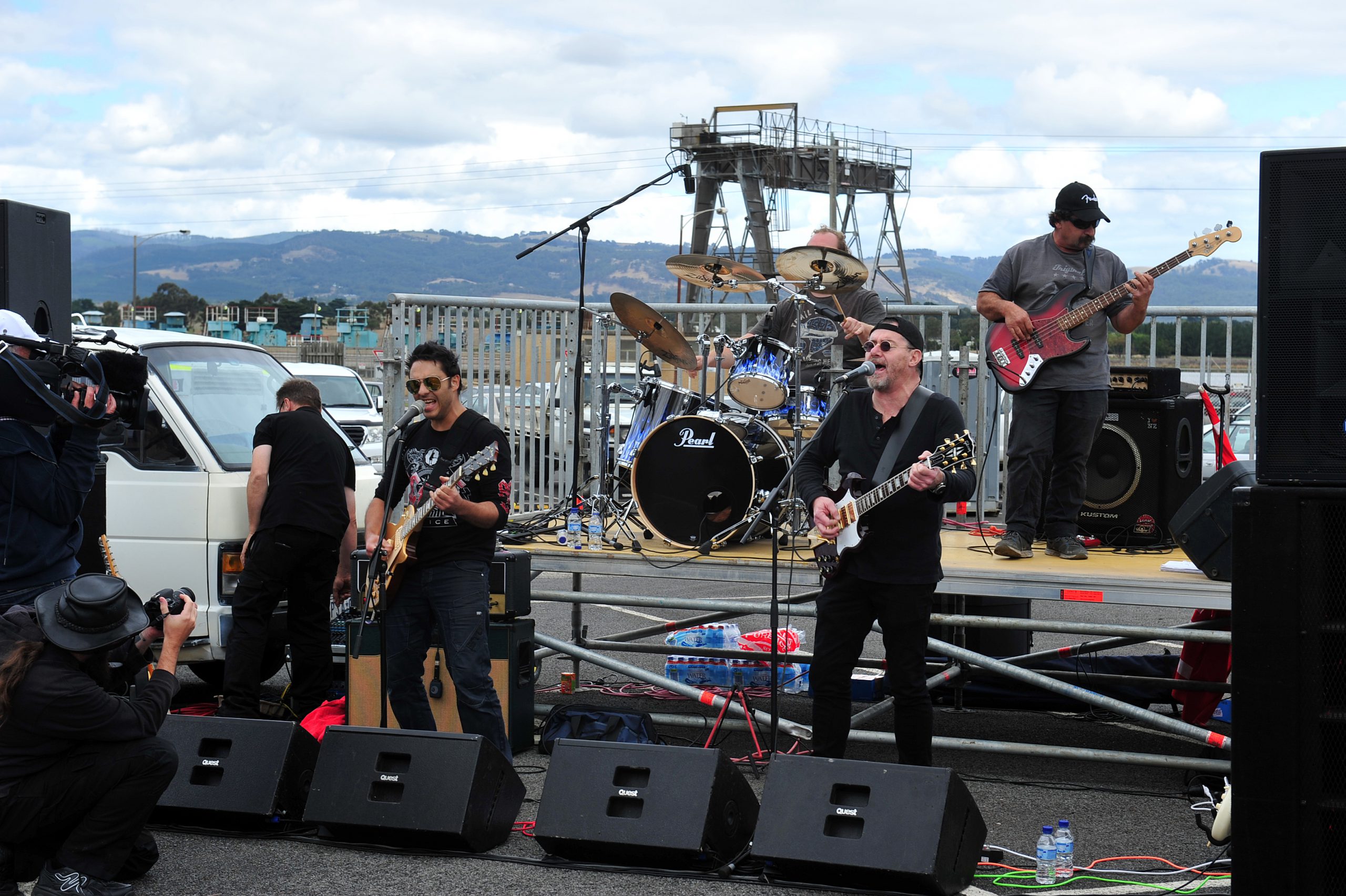 If there was a message to be taken from the closure of Hazelwood on Friday it was to be found on an outside fence, where workers had hung their helmets after finishing their final shift.

Sitting underneath the helmets was a wooden sign bearing the words ‘hanging our hats on a worker transition’.

On Friday the plant officially closed after the last of its units went offline two days before, bringing an end to 52 years of power generation at the site.

Media from across Victoria had been camped out at the site for most of the day and by noon community members – many ex-workers or family of current employees – had begun gathering outside the gate.

Banners hung from the fence thanked the workers for their service, while others criticised environmentalists.

Near the car park entrance, a message on a wooden sign asked where Premier Daniel Andrews was.

“Some of the older guys that weren’t far from retirement, this has been helpful for them to send them into retirement and they’re quite happy, but all those that need to keep working are devastated by it,” Mr Dyke said.

He said unions would now push to ensure the worker transfer scheme, which is expected to create 150 jobs for ex-Hazelwood workers at other generators, worked effectively.

Following the end of the worker function inside the gate, the employees were played out of the gate and to the car park to the tune of Scottish pipe music provided by the Geelong Highland Pipe Band.

There the workers were treated to rock music provided by Rock N Roll Exchange at an event organised by the Gippsland Trades and Labour Council.

GTLC secretary Steve Dodd said it was a sad day for the region.

“What we will be pushing for is Australian Paper’s proposal with the bio-manufacturing,” he said.

“We think that’s the future for this region, we’ll certainly be putting our weight behind it.”

Member for Morwell Russell Northe said the important thing for the community now was supporting the people who will be affected by the closure.

“It’s also the businesses in our region, it’s the already unemployed in our region and we really have to focus the attention and the importance of finding jobs for people in this community with urgency.”

Mr Northe and his upper house counterpart Harriet Shing have been on opposite sides of this debate, with Mr Northe fighting to keep the plant open while Ms Shing has helped enact the State Government’s transition scheme.

But on Friday they both stopped to pay tribute to the workers.

“Today’s all about respecting and acknowledging the enormous contribution that workers at Hazelwood have made, often over a number of generations in the one family, to the prosperity of the state,” Ms Shing said.