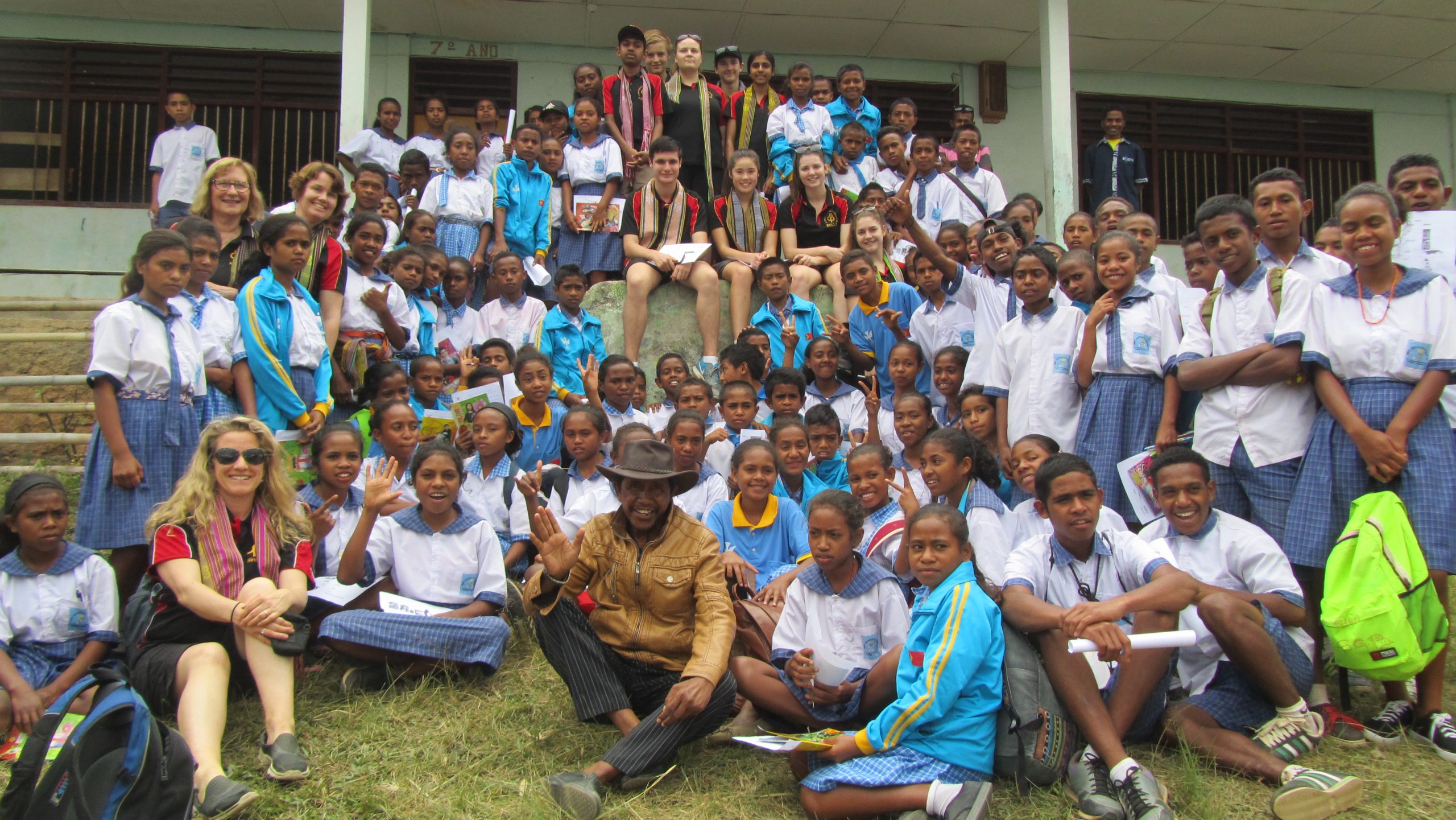 Sixteen-year-old Caleb Pyle was going through life without a worry until an immersion trip last month to East Timor changed all of that.

Caleb was part of a team of nine students from St Paul’s Anglican Grammar School in Traralgon and Warragul which went to East Timor for a week as part of an ongoing program to help rebuild the South-East Asian nation after many years of strife.

“I was focusing on my own thing,” the year 10 student said.

“It made me think of the lifestyle that we have here.

“They don’t have fresh water there. They have to buy water.”

Traralgon team coordinator Kirsten Enders said Caleb’s reaction after the trip was expected as students got to know the challenges faced by kids in war-torn places.

“I think it’s life changing, kids learn that we have so much here but you do have people that aren’t very happy whereas over there people are so grateful for whatever it is that they have,” she said.

Ms Enders said Caleb “was a big hit” with the students at the local schools they visited, especially in Ponilala where a school was built from funds raised by St Paul’s Gippsland campuses.

Caleb said he and other St Paul’s students were “treated like celebrities” as locals gathered every time they visit a community.

“We (students) got along really well,” he said.

Caleb said he enjoyed playing soccer and throwing a frisbee with local students and also experienced sleeping on a rolled mat on a concrete floor during the trip.

St Paul’s Traralgon and Warragul campuses were part of a group called Friends of Ermera, named after a district that was devastated during the East Timor crisis in 1999.

The program has been running since 2002 with the school raising funds for communities and sending groups of students for immersion trips every two years.

Ms Enders said they have been doing a range of activities to raise funds for the program to continue assisting Ermera communities.

She said the school might arrange another trip next year, but the participants would be parents and former students.