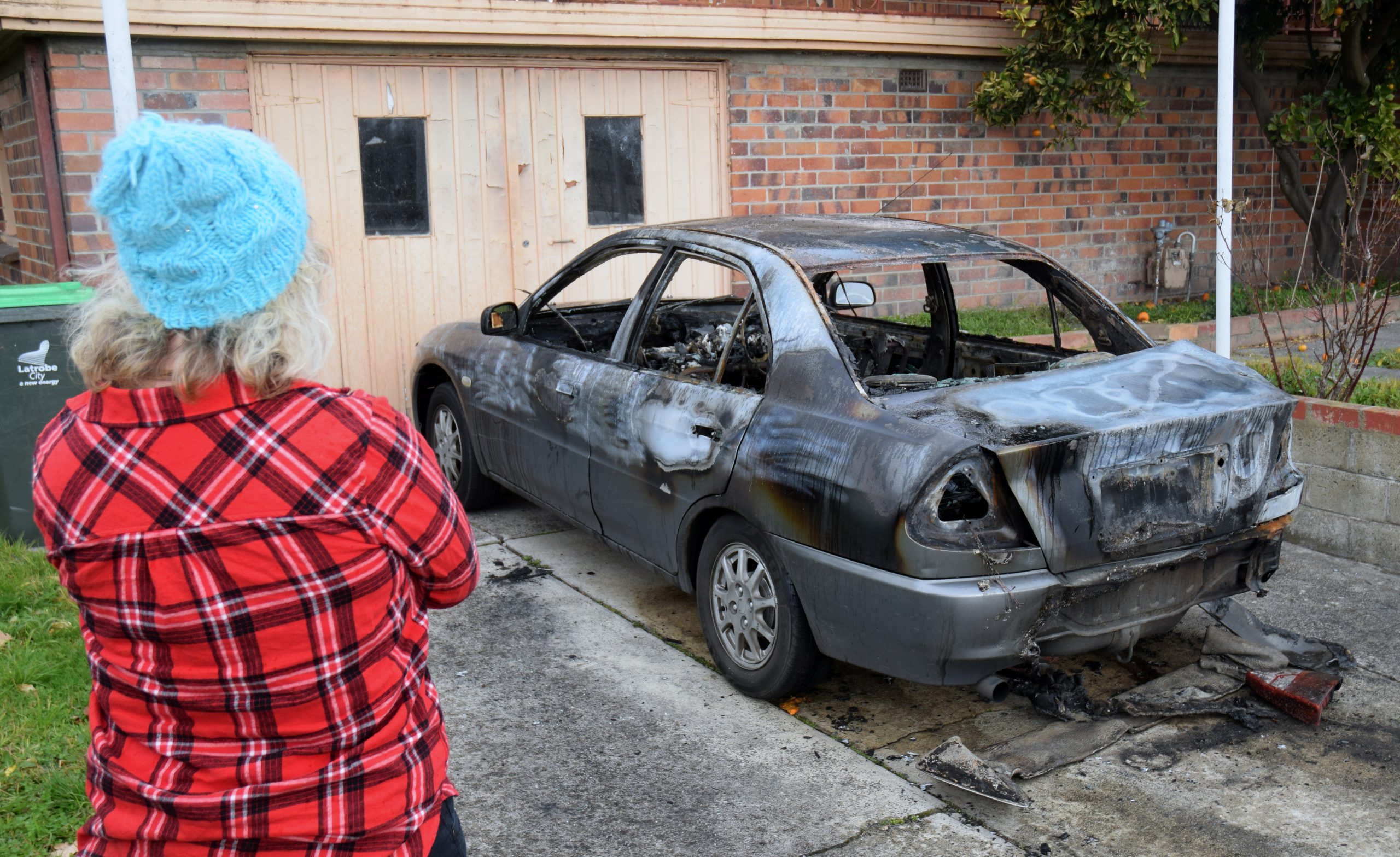 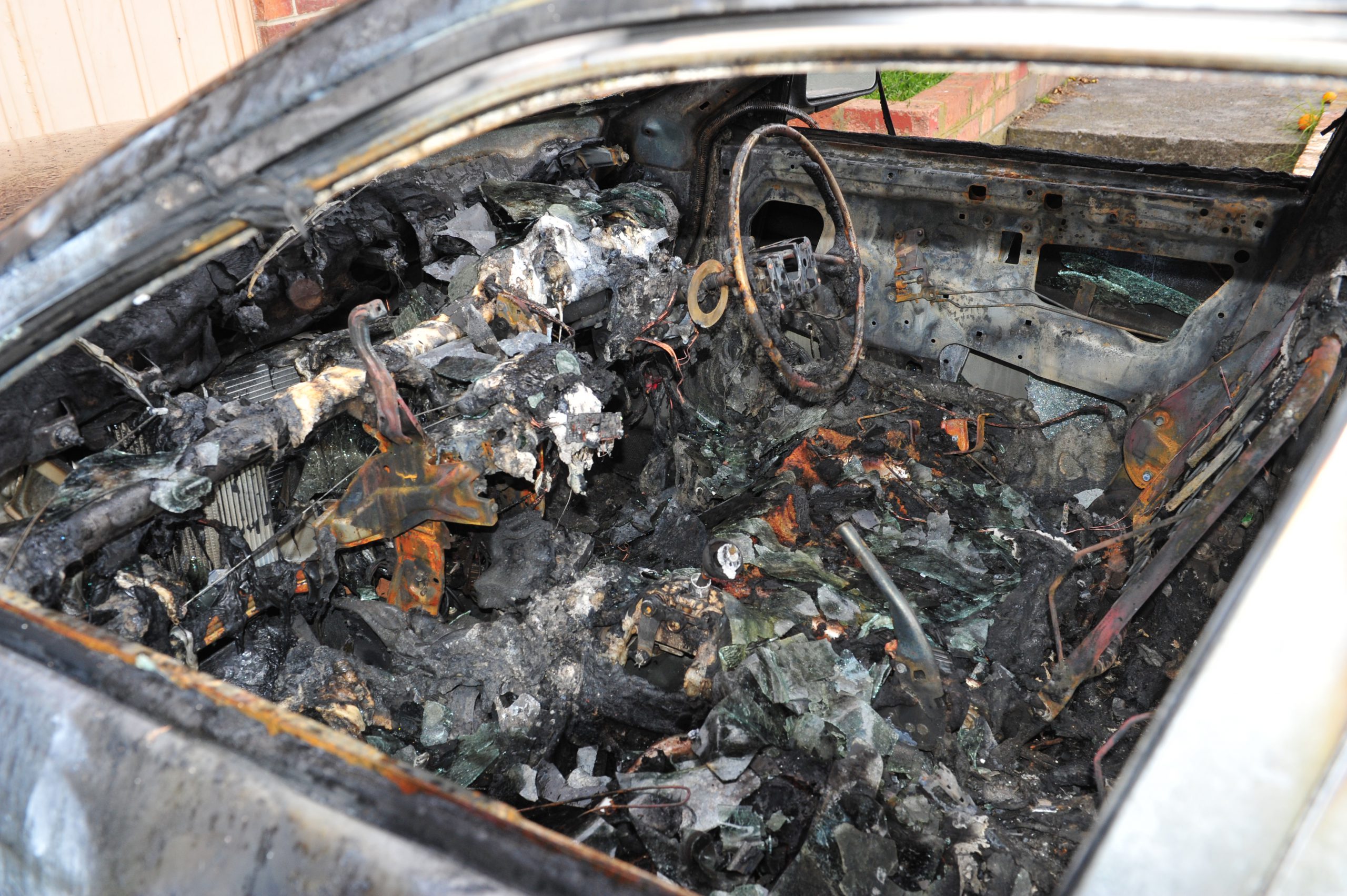 A mother’s car has been destroyed by fire in an incident that has left the family “too scared to stay at home” after it was set alight on Albert Street in Moe on Friday night.

Jodie, whose surname has been withheld, told The Express she was woken by neighbours just before 11pm on Friday after her 2000 Mitsubishi Lancer was engulfed in flames.

She said she panicked, running into her daughter’s bedroom to grab her out of bed shortly before exiting the rear door of her house over fears her car could “blow up”.

“It’s been very scary for us, my daughter said she doesn’t want to be here,” Jodie said.

“She told me on Friday night she was scared to be in the house and doesn’t want to live here anymore… she’s been very clingy and pretty much wants to be on top of mum all the time.”

It is the second time in six months the car has been targeted after an accelerant and cloth was allegedly used to set alight the wheel arch of the car earlier this year.

“Fortunately, I got most of it out before the fire brigade got here that time, so there was very minimal damage to the car but Friday’s incident was a lot worse,” Jodie said.

“I work in Traralgon and my daughter goes to school in (the Latrobe Valley) so for us that leaves us with limited options as to how we can get around.”

“Police are concerned because it is the second time this vehicle has been targeted within the last six months,” Det Snr Const Thek said.

“It appears as if the back window was smashed prior to the fire being lit and we believe an accelerant of some sort was used to start the fire.”

“We’re appealing for witnesses who may have seen anything suspicious in the vicinity of Albert Street in Moe from 10.30pm onwards on Friday night.”

Although the fire has left Jodie shaken and concerned, she told The Express she “would not let it beat her”.

“I refuse to let this sort of stuff and someone else win over doing something pathetic like this,” Jodie said.

“This is our home, this is where we live… we need to feel safe in our home and we shouldn’t have to move because we don’t feel safe.”

Police are appealing for witnesses to the incident and urge anyone with information to phone Crime Stoppers anonymously on 1800 333 000, report online at crimestoppersvic.com.au or phone Latrobe CIU on 5131 5000.