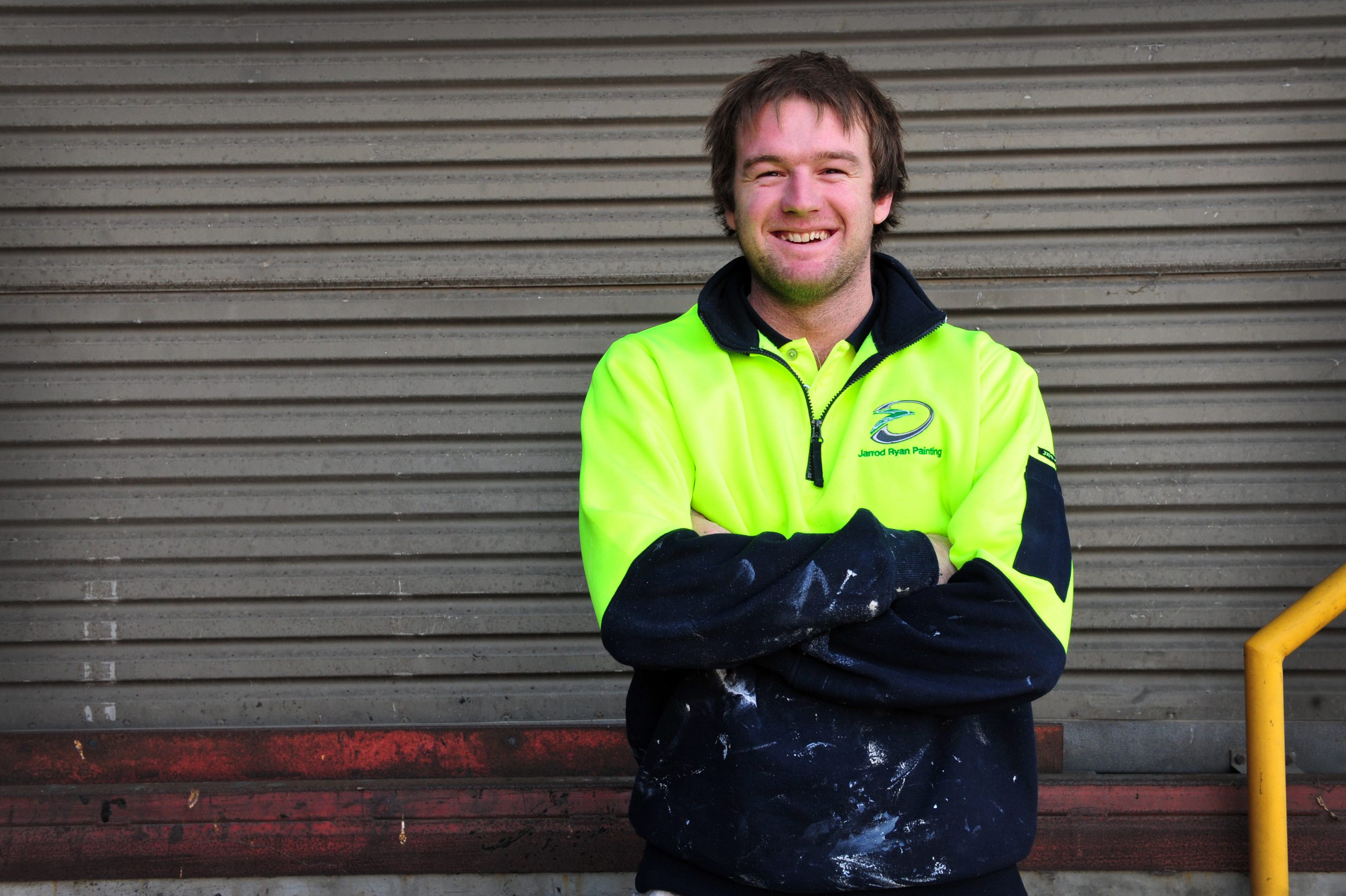 Twenty-four-year-old Jayden Mathison acknowledged it was a “pretty good achievement” to be the Fourth Year Apprentice of the Year in the Master Painters Australia 2017 Awards for Excellence, however it’s by no means the extent of his accomplishments.

“(It’s) a good little thing on the side to do. It keeps you busy and keeps you thinking about other things than just work, so that’s good,” Mr Mathison said.

The fourth-year apprentice said his uncle, Andrew Pearce, had been volunteering with Moe Fire Brigade for a while, and was always on his back about signing up.

“I just said I never had the time,” Mr Mathison said.

With the eruption of the Hazelwood mine fire in 2014, he and his brother Justin decided it was time to chip in.

“We just thought we’ll sort of go to one or two fires a year and now we turn out as much as possible. I’ve just become a lieutenant down there now,” he said.

In the past two years he’s clocked up $3000 of donations to charity by racing up 28 floors of the Crown Metropol hotel in the Melbourne Firefighter Stair Climb, weighed down by 25 kilograms of turnout gear.

“It’s the worst five minutes of your life.”

Mr Mathison’s employer Jarrod Ryan nominated the young apprentice, and said he deserved the award for “everything he does”.

“Two-and-a-half years into his apprenticeship he was already doing what tradesmen do,” the Jarrod Ryan Painters director said.

“Whatever he does, he grabs it and runs with it.

“He always betters himself, is always up for the challenge and makes sure it happens pretty spot on.”

He also congratulated Jayden on the award after “doing it pretty tough” after working through three-and-a-half years of a brick-laying apprenticeship, then needing to look for work elsewhere.

Mr Ryan was looking for an apprentice at the time, so he phoned Mr Mathison, who thought, “why not”.