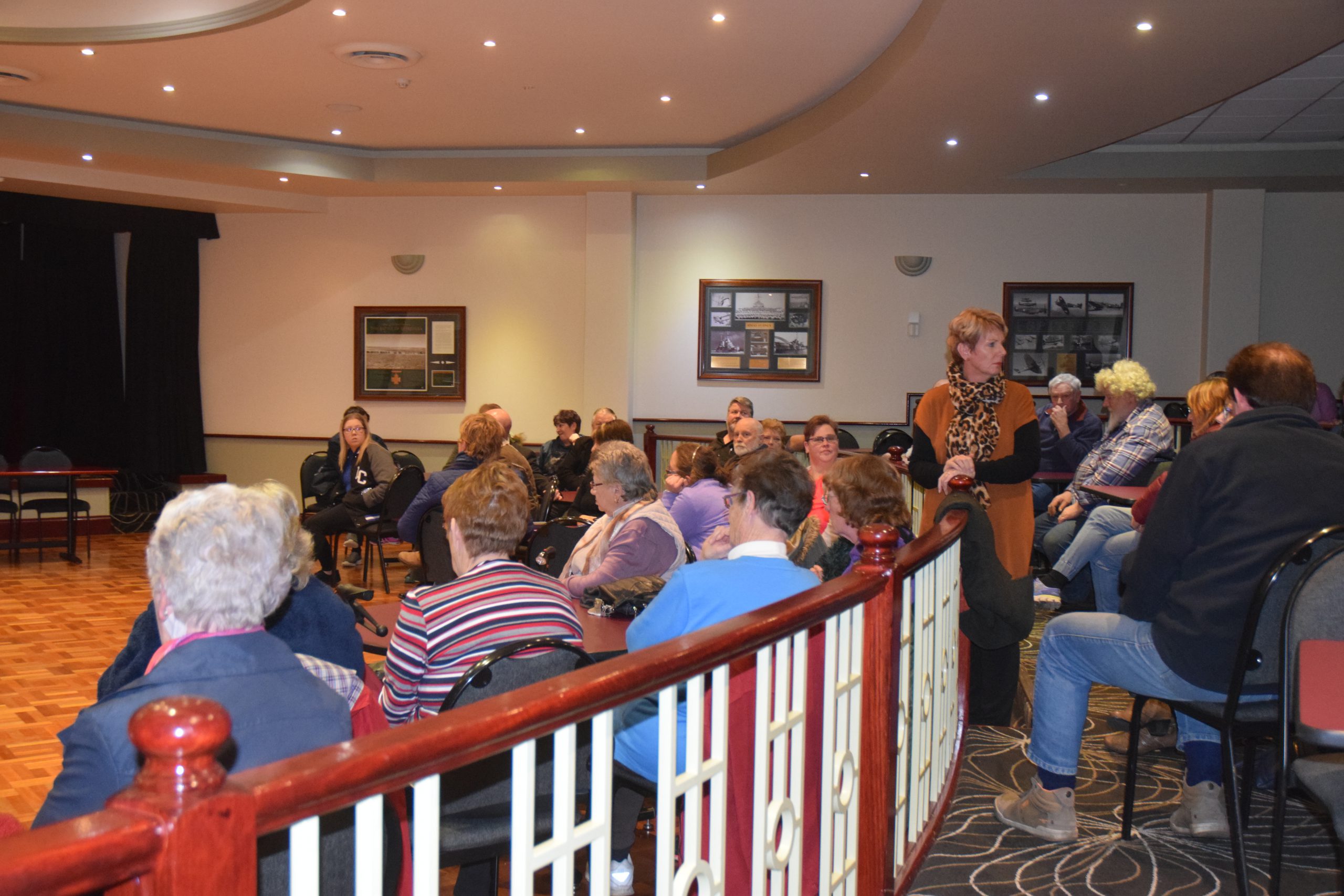 About 70 residents attended the meeting where they opened up about their frustration during an hour-long meeting at Moe RSL on Thursday.

During the meeting, residents shared their concerns about the placement of bus stops around Moe, what they branded a poorly implemented bus timetable and a lack of public car parking available in the central business district.

Cr Brad Law, who attended the meeting, said he was “frustrated” with the situation and acknowledged “it was one of those projects that was probably rushed”.

“At the end of the day we just haven’t got the best results for the community,” Cr Law said.

“There’s a lot of angst out there (from) a lot of people not being able to get from A to B.”

One Moe woman said the town had been “disposed of” by Public Transport Victoria, saying some people were waiting “up to an hour” to board connecting buses.

Another woman, who said she regularly travelled from Moe to Latrobe Regional Hospital for treatment, said she had “lost trust” in the bus network and questioned “what do we have to do to get reliable public transport”.

The group heard from a mother who spoke about her adult daughter, who lives with an intellectual disability, and the issues she faced with the new public transport system.

She said her daughter found the new timetables “really difficult” and “confusing” to understand due to a lack of clarity and information provided.

Committee for Moe member Lisa Price, an organiser of the event, said there were a range of public transport issues relating to bus routes across Moe since the new network was rolled out in late April.

“People are having to deal with huge safety issues, the fact that some of our elderly residents are having to sit and wait in bus stops for 40 minutes plus for connecting buses in the middle of winter is just not acceptable,” Ms Price, a former Latrobe City mayor, said.

“I think for me, probably the one I was most concerned about was the residents that are getting dropped off at Gunns Gully and then having to cross to the other side of Narracan Drive to connect with another bus to get home to Newborough… it’s very unsafe.

“Then there’s people who are complaining about bus timetables not matching up with the train timetables, we had a woman at the meeting who said she has to wait an hour at Moe station often from when the bus drops her off just after the train departs.”

Placement of existing bus stops was also raised several times during the forum.

In response, Latrobe City Council mayor Kellie O’Callaghan said “on a number of occasions, council advised Public Transport Victoria that this was a highly emotive issue and recommended that extensive consultation with community and business be undertaken”.

“At all stages of the design and implementation of the new bus network, PTV has worked with the relevant authorities, including Latrobe City Council,” a PTV spokesman said.

Concerns were also raised over public car parking around town.

Moe Traders Association and Committee for Moe will write to Cr Law to request a working party be established to address the issues.