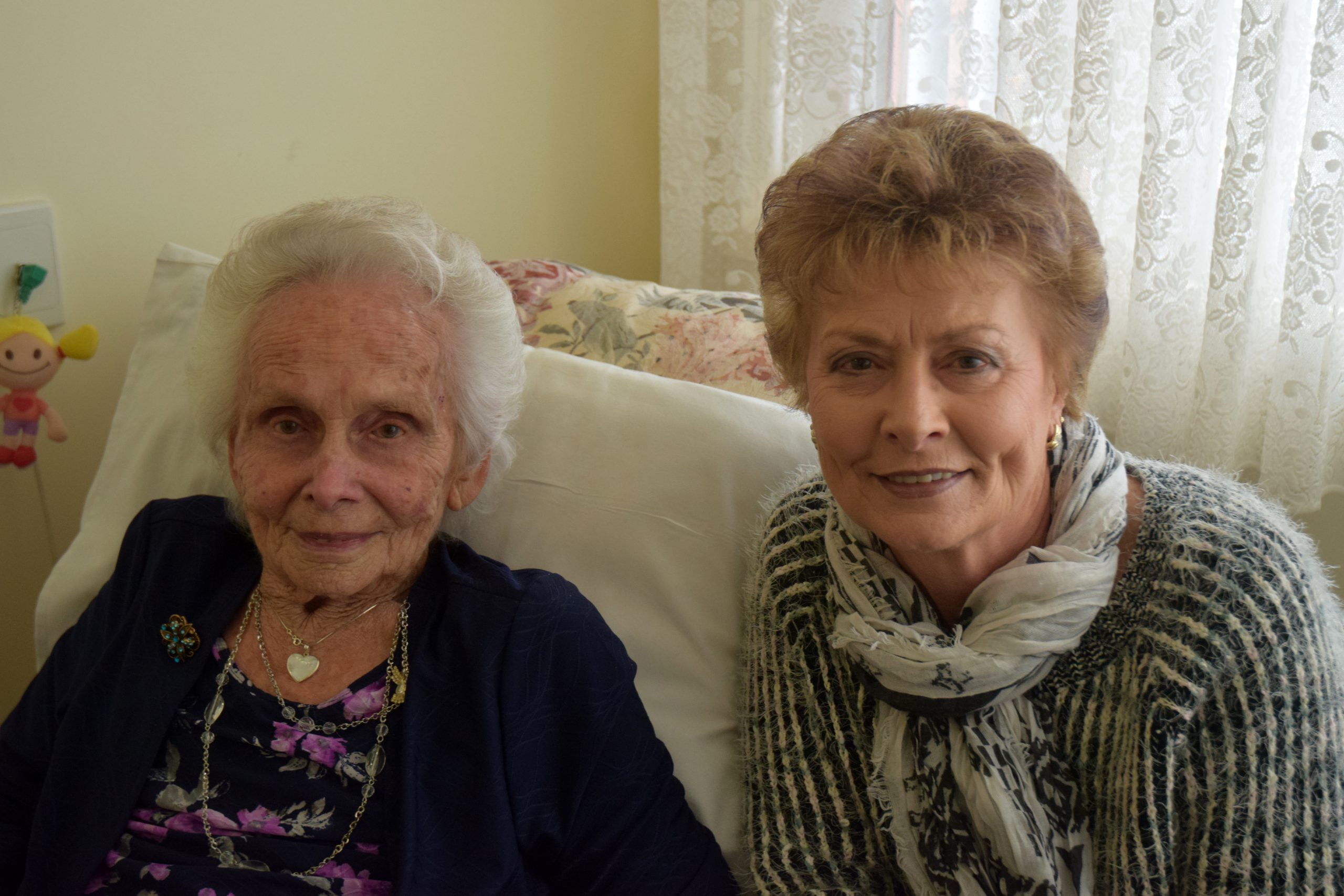 Her daughter Val Taylor said their family still had a close relationship with their next-door-neighbours, the Austin family, from when they lived in Yallourn decades ago.

“My girlfriend who I went to kindergarten with, we all still go to the movies nowadays. Unfortunately all mum’s friends from there have passed away, but that’s what happens when you become 100, you outlast everybody,” Val said.

Marjorie at 100 years old recalls having “plenty of friends” in Yallourn, where she would play croquet with skill and have cups of the tea with the neighbours.

“We used to take it in turns [hosting afternoon tea]. We both made the same raisin loaf,” Marjorie said.

She grew up “just near the lake” in Sale and moved to Yallourn when she married Leslie Fankhauser in 1939, who became a bricklayer at the State Electricity Commission.

Marjorie’s strongest memories involve learning to deal with the coal dust with her four children, Lesla, Helen, Alan and Val.

“I remember [Lesla] and Helen both had little white dresses the first day we were there,” Marjorie said.

“They didn’t wear them again.”

Marjorie was a secretary at the church guild in Yallourn for about 21 years and organised the flowers each week for the service.

Her daughter explained how a disapproving minister made her polish the parquetry floors after she once gave them a wash.

She thought she was doing “a wonderful job”, however her best intentions clearly didn’t always impress.

Marjorie handed down her love of sport to her children, and always had a meal on the table, usually made from the vegetables she grew in the garden.

Her daughter said she had a very quiet nature and was “a real old soul”.

“I had girlfriends who were a bit older and they were allowed to go to the movies and I wasn’t. I had to walk down the road with them and come home,” Val said.

The centenarian went through some very hard times when she cared for her first husband for several years who had diabetes, kidney failure and rheumatoid arthritis.

“You never had a phone in those days, but the hospital put a phone on for mum – a direct line,” Val said.

Four years after her first husband died she married Ted Briggs and they travelled up the coast in a caravan.

Sadly, he died a couple years later of a heart attack.

Marjorie eventually settled in Morwell and now has 12 grandchildren and 20 great-grandchildren, with another one on the way.

She has outlived two of her husbands and two of her four children, Helen and Alan, yet maintains a relentless positive attitude.

“[Don’t] worry too much because it doesn’t do any good,” Marjorie said.